Mid-June often comes with big celebrations and ideally, even bigger fish! With weather and water warming from P-town to the Canal, use this weekend to wet a line with a beloved dad or recent grad.

Personally, I have found the Outer Cape stripers to be particularly elusive as of late. My lack of landed fish has certainly frustrated me, but I am confident that the arrival of my lifelong fishing partner, my father, will bring enough luck to fill our kayaks and beachside coolers. My father has forever been the fishing buddy who is always at the landing on time and never turns down an opportunity to be on the water. He is more than just reliable, however. His mutedly stoic mindset often reminds me to ignore the 5,000-piece jigsaw puzzle shuffling between my ears and return to the elementary techniques and familiar spots we know produce fish. So, if you are lucky enough to have yours around, I know of no better Father’s Day activity than fishing the Cape.


Fishing the Cape, by the way, is becoming increasingly lucrative as more bait and monster fish enter our waters. With this week’s June full moon, currents have been ripping bass and blues alike from their usual feeding behaviors. This has made consistent fishing a little harder to find, but the fortunate few that have solved the stripers’ equation have been smashing limits and personal bests. Most compelling, though, is the way these trophy fish have been caught. Reports of topwater feeding frenzies have been heard from around the Cape. Boat owning anglers have been spinning fish tales of massive striper and bluefish schools trapping pogies against the surface, resulting in relentless feeding blitzes and picturesque topwater eats. That news, I hope, is enough to force even the most amateur anglers to the water. This weekend is Massachusetts’ free saltwater fishing days, which is a prime opportunity for recently freed students to change their priorities from schooling to schoolies. 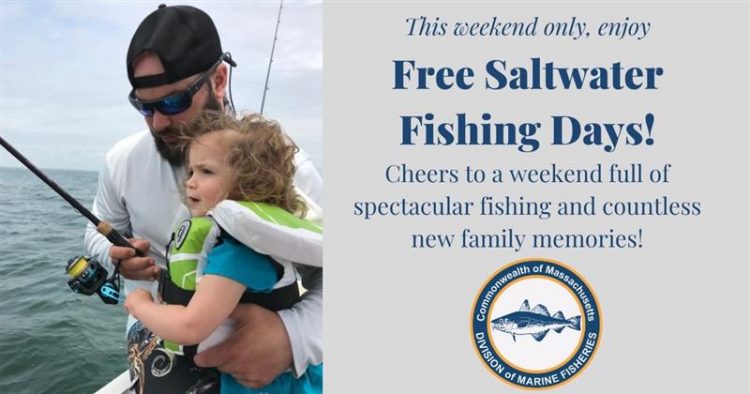 Without further ado, here are this week’s reports from Cape tackle shops and captains.

Maco’s Bait and Tackle out of Wareham cites stripers and blues chasing large pogy schools. The stature of these fish has been improving as sizeable migratory fish entering Buzzard’s Bay have a buffet of food to attack. A new seat at the Buzzard’s Bay buffet is occupied by the fluke, which have been found in plenty at the mouth of the Canal. Concerning our own dinner tables, black sea bass have been biting consistently.

Red Top Sporting Goods has seen blues and stripers bombarding pogy schools in the Canal. The west end has been inconsistent, but massive fish, including one reported 35-pounder are after appetizing Cape Cod Bay-bound pogies. Speaking of the Bay, the stripers and their food have finally funneled in. A northwest wind has graced boat fishermen in the Plymouth area with exceptionally numerous and substantial bass. For bottom fishermen, Cleveland’s ledge is still reliable for black sea bass.

Captain Ross of Cape Cod Charter Guys picked up the phone ecstatic about yesterday’s “nonstop topwater action”. His morning clients fed keeper and over-slot stripers as they smashed surfacing baitfish. Ross said he hadn’t seen blitz activity like this in years, and some fishermen near him were so shocked that they aimed their video cameras instead of their rod and reel. The topwater tumult was not exclusive to stripers though, as gator bluefish like the one shown below chomped away at helpless menhaden.

Captain Mel True of Fishnet Charters said the black sea bass bite in Buzzard’s Bay has significantly slowed down. Mel believes the majority of the fish have moved out to deeper, colder water. On the bright side, though, he reported slot size bass are under most of the bunker schools in the bay. He also reported lots of smaller, cocktail bluefish biting on topwater underneath flocking terns.

Seastriker Charters of Yarmouth advises a shift of focus, as striper fishing has slowed down a touch in his area. To remedy this, he has been hitting the moon-fueled rip currents and finding heaps of bluefish and black sea bass. Off Monomoy, blues have been tearing through the now abundant fields of bait.

Captain Kurt Freund of Fishsticks Charters on Martha’s Vineyard said this has been a week of outstanding bass fishing. The rips are loaded with squid and bass. Topwaters, soft plastics and swimming plugs (when it’s not too weedy) have all been effective.

Sports Port Bait and Tackle in Hyannis has been experiencing steadily productive bluefishing south of Osterville and Cotuit. Unlike the stripers, the blues are keeping closer to shore and may be more accessible to surfcasting and kayak-toting anglers. There are still some stripers in the harbors and back bays, but they have been feeding in swarms near Bishop and Clerks, and off Cotuit (especially after nightfall). On the north side, heavyweight stripers have moved in, producing some large catches. Scup have been plentiful and sizeable as well as sea bass. They also passed along fisherman’s rumor of fluke occupying the waters north of Martha’s Vineyard.

Want to get in on the bite? Find an OTW-approved Charter Fishing Captain around Cape Cod

Sunny days are ahead, and the Cape’s waters will continue to crowd as summer begins to hit its stride. The bright sun, though, could thwart fish from descending on the plentiful schools of bait. Getting out underneath some cloud cover or the fading sun of dawn and dusk could remedy this inconsistency. Boating anglers should be gearing up to chase pogy-munching striper and bluefish schools on the southside and in Cape Cod Bay. Bluefish should continue to rip and chomp their way up the southern coast following pogies. For topwater fanatics, there are few better times than mid-June. Hit the middle tide when strong full moon currents are herding helpless bait towards anticipatory fish. Upon discovering a frothy surface of pogy and feeding bass, maybe tie on a thick leader, as monster bluefish are likely not far behind. If the bass and blues are leaving you skunked like myself, try finding the more consistent scup and sea bass bite, which is sure to produce bent rods and a tasty dinner. As always, don’t neglect the freshwater!