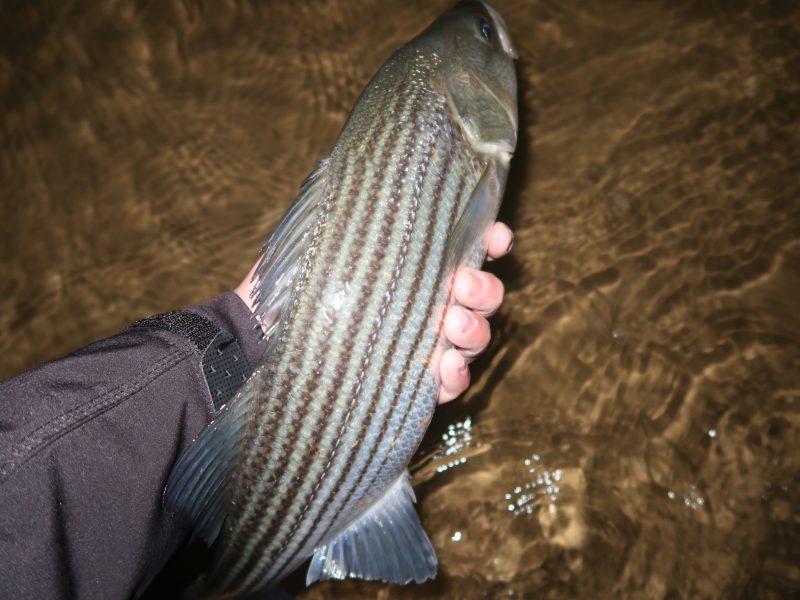 The Frances Fleet in Point Judith was able to manage some decent cod action whenever the weather has provided a window to get out on the grounds. High hook has generally been landing 3-4 keepers, with jigs starting to outfish bait this week. The fleet also made their first squid trip last Friday, and the results were strong. They got into squid as soon as the jigs hit the water, and high hook managed close to 3 buckets! Cod fishing will continue through April and into early May when they might have a chance to start targeting fluke. Reservations continue to be required for cod trips so be sure to book online or call the office before heading to the dock

Dustin, at Rhode Island Kayak Fishing Adventures told me that the tautog fishing is still pretty hot across the state and should remain that way in the coming weeks. Fresh striped bass are more prevalent, especially around the herring runs and squid balls. The squid are in thick from Rhode Island to Cape Cod, and Dustin has been able to target them well in the kayak. The freshwater bite also remains hot across the state, with numerous big trout and largemouth landed this week. Dustin is currently booking kayak and shore fishing trips for the 2022 upcoming season, so be sure to book asap at www.rikfa.com.

Dave at Ocean State Tackle in Providence has been hearing some solid squid reports from anglers targeting them throughout Narragansett Bay. Squid have been coming on the jig in Newport, Jamestown, and Tiverton. Striped bass of mixed sizes have been harassing the schools of bait in the East Bay, with most bass taking topwaters or large soft plastics. Tautog fishing has remained steady, with reports of abundant keepers throughout the East Bay, Mt. Hope Bay, Seekonk River, and the Providence River. The first decent scup reports have also filtered in from the bay and are as far north as Warwick. Dave will be open from 5 AM to 7 PM Monday through Friday, and 430 AM to 7 PM on the weekends.


Connor, at Tall Tailz Charters continued his strong start to the 2022 season this week with more quality tautog on the jig. As the weather has warmed, they have started fishing primarily in shallower water. Tall Tailz Tog Jigz tipped with smaller green crabs, Asian crabs, and/or muscles have been working best. They’ve also been seeing good numbers of fresh striped bass from schoolie to about 30-inches. The squid have started to trickle in nicely, with some nights producing some strong numbers.

Summer-like weather appears to finally be arriving, and it is bringing with it some summer like striped bass action. Striped bass action has been steady throughout Narragansett Bay and across South County, as some newer (and larger) fish are starting to trickle in each day. Connecticut anglers can find striped bass just about everywhere, with schoolies around the beaches and river mouths, along with some better fish following the herring upriver. As we start to see some schools of bunker trickle into the harbors and river mouths, I’d expect to start seeing some larger bass right behind them. Saltwater anglers in Rhode Island can continue to cash in on a quality spring tautog bite, along with somewhat steady cod action around Block Island.  A large push of squid into Rhode Island waters has also provided anglers with a great saltwater opportunity and should help with the fluke bite as we approach June. The CT River pike and smallmouth action has also improved, along with the shad fishing, which is a true sign of spring. Trout action has been good across both states, especially in the areas that continue to get stocked heavily.