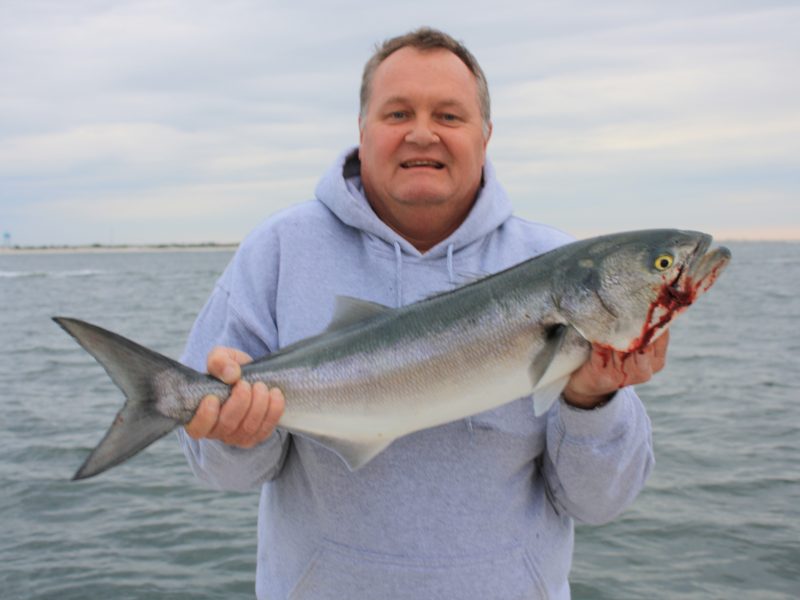 It was a tougher week with the weather as April started more like a lion than a lamb.  Tog fishing began and it’s been the deepwater reef or wrecks producing the best action.  Anglers working the Atlantic City reef site boasted a few 4 and 5 man limits with fish to 5 pounds.  I received better reports the further south you go in our state for tautog.  Although most are in the schoolie size to 27 inches, striped bass are becoming more active each week as the weather begins to warm.  Hopefully, the next few weeks will continue to warm and heat up our fishing.

Hook House Bait & Tackle in Toms River reported good striped bass fishing on both sides of the Toms River.  Dusk, after dark and early morning has been the best time to find cooperative fish.  The number one bait has been blood worms, but artificials such as small X-raps, SP minnows, and Yo-Zuri crystal minnows have also been working.  The shop is loaded with a bunch of new inventory and they also have regular and jumbo bloodworms.

Lacey Marine in Forked River had reports of striped bass picking up soft plastic, worm, and clam baits along some of the sedges near the inlet.  Tog fishing started off on the slow side and anglers running to some of southernly wrecks found a few keeper tog.

Jerzey Buoyz Sportfishing reported tough tog fishing for the season opener as water temperatures have been on the chilly side.  The skipper has finished all work and splashed the vessel for the 2022 season and will be running striped bass and tog trips.

Creekside Outfitters in Waretown said anglers have been hitting the shop for bloodworms and green crabs as there are some striped bass and tog in the area.  Striped bass have been around in some of the back creeks and sedges along Forked River.  Tog fishing has been a little tough with some of the deeper wrecks holding fish.

Reel Reaction Sportfishing out of Waretown hit the bays over the week to find some consistent striped bass action along the west-side shallows.  The skipper will be on the water this weekend and there are some open tog dates for the 2nd half of April.  The crew has a few bushels of crabs ready to go early season togging.

The Super Chic out of Barnegat Light continued their preparation for the upcoming season and after a phone call to the skipper.  They are looking to get running by the beginning of May.

Tony’s Bait & Tackle in Manahawkin received some positive reports from anglers working the banks of Beach Haven West with some nice white perch biting bloodworm and shrimp baits.  Striped bass action has been consistent along the mid-island bridges on bloodworms, paddle tails, and small plugs.

Tight Lines Bait & Tackle in Somers Point received some good reports of anglers working the inlet and bay bridge areas for blackfish.  There were a few nice 19 inchers taken on green crab.  Striped bass fishing continues to get better with bay action heating up along the estuaries and tidal creeks.  Small 4 to 5 inch soft plastics and plugs worked slow along the creeks and bridges have been working well.

Badfish Charters in Ocean City has been busy working some of the backbay flats and skinny water shallows for active striped bass.  Small clouser flies and artificials worked well on the bass.  The skipper has a busy schedule coming up, but there a few choice dates remaining.

Ocean City Fishing & Cruising Fleet in Ocean City continues to work on the fleet for the upcoming fishing and dolphin cruises.  Sea bass will be the first fishery for the fleet and the boats will be running for the season opener. 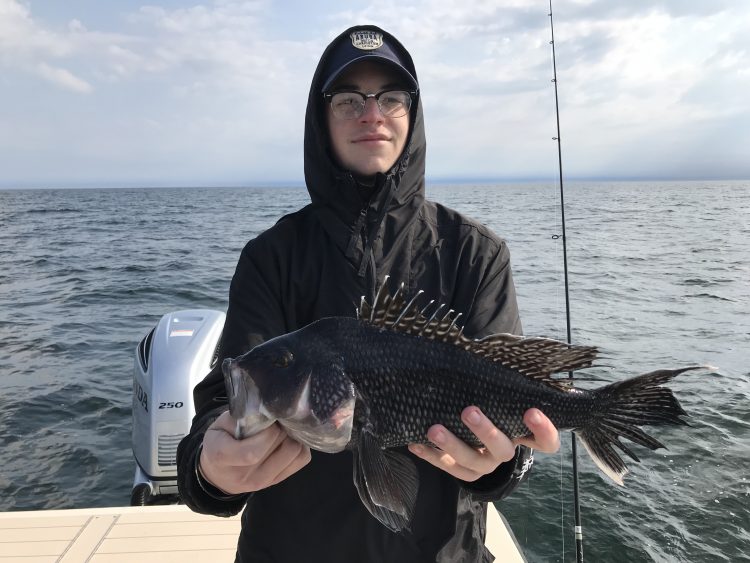 The Cape May and Wildwood areas reported solid action on striped bass along the Delaware Bay and western bay areas of Cape May.  Tog fishing opened over this past weekend and the deeper wrecks had some nice tog with a few reported in the 6 to 7 pound class.  The bite has been slow, so it’s best to keep at the bite.

With each week the water should be trickling upward and with that, comes more active fish.  The best bet for this weekend will be to ply the back waters with circle hooks tipped with blood or sandworms as most of our bays, channels, and creeks have good number of striped bass.  I would look for areas where there is some type of warm water runoff and fishing the outgoing current is probably a good starting point.  Tautog are another viable option for the weekend, if we get any weather or wind windows.  The deeper wreck sites such as the Shark River, Atlantic City, and Cape May are the best spots.  In fact, the AC reef has been excellent for tog this early season with green crabs and white leggers .  Good Luck, Be Safe, and Tight Lines!