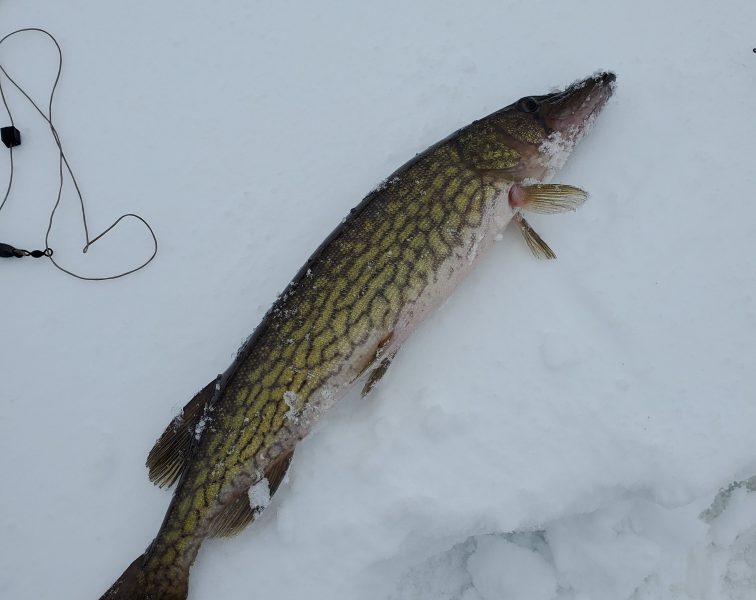 Joe, at Diorio Guide Service, says he has shifted from centerpin fishing on the Farmington River, to ice fishing with buddies. When I called, he was jigging for crappie and perch on 5-to-6 inches of ice, with good success. Although his recent trips for northern pike were lackluster, he says live shiners, bluegills, and herring will trigger bites. He has been recently inactive on the Farmington because of the ice fishing opportunities, but the river should continue to produce consistent trout action. Barring inclement weather, Joe has several trips booked on the Farmington in the upcoming days. If you’re interested in booking an outing, visit Diorio Guide Service.

Evan, at Black Hall Outfitters in Old Lyme, says the recent cold front caused the local lakes, ponds, and tidal rivers to freeze. Ice fishing has been slow locally, but those who travel north are doing well on tip-ups and jigs. Bantam Lake has been the top producer of pike and Lake Hayward has been fishing well for bass and perch. For trout, the Farmington has been hot – people fishing egg sacs and nymphs have been finding success. Evan says the Housatonic River holdover striper bite has been okay. The cold-weather pushed most anglers away, but a few people are grinding it out from shore and boat. Most of the fish are coming at night on medium-sized soft plastics paired with a ½-ounce jig head, fished slow on the bottom.

Quentin, at Rivers End Tackle, says northern Connecticut has lots of safe ice. Down at the shoreline, most of the small ponds have 4-to-5 inches, while others are lacking sufficient ice. Always use caution, especially at bodies of water near the coastline. Quentin says perch, trout, and pickerel have been producing consistent action. In Litchfield County, there has been good pike fishing at Bantam Lake. Unfortunately there haven’t been any pike reports in the central part of the state. Pike fishing usually picks up at the Connecticut River in late February and March, when the fish congregate in tighter groups to spawn.

Max, at Fisherman’s World, says the holdover striper bite on the Housatonic has slowed down because of large ice chunks coming down the river. On the freshwater side of things, Bantam Lake has been fishing well for pike, with fish into the mid-30-inch range. Max says Lunker City Fin-S Jigs have been a popular item for panfish; try a 1/16-ounce jig tipped with a mealworm or nightcrawler. The shop also has small, medium, and large shiners for pike, trout, pickerel, bass, and panfish.

Dave, at Ocean State Tackle in Providence, says he has been selling a lot of shiners and ice fishing gear. There is safe ice in the northerly areas of the state, and it should increase in thickness after the weekend. Carbuncle Pond and Wilson Reservoir have safe ice, according to Dave. For yellow perch, Dave recommends a Swedish Pimple tipped with a mealworm. Medium shiners are best for pickerel, bass, and pike. If you’re interested in buying tackle or bait, give Dave a call at 401-749-3474. The shop will be open Friday, 7 am to 5 pm, Saturday, 6 am to 5 pm, and Sunday, 6 am to 12 pm. 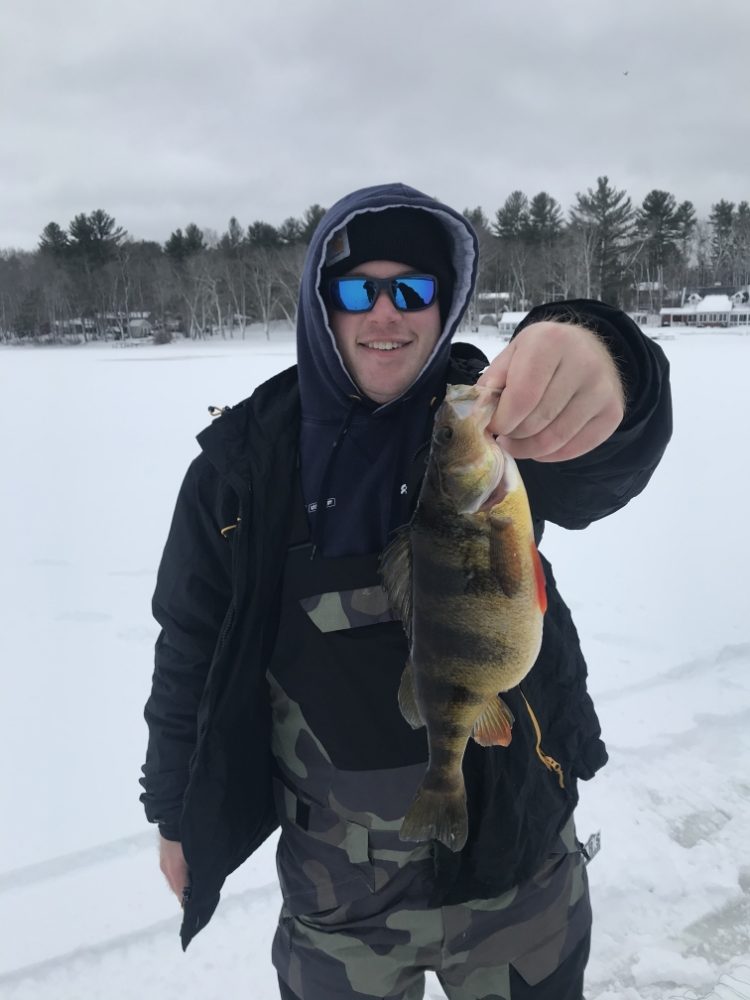 Cory, with The Frances Fleet in Narragansett, says their boats have been tied up for the past three weeks because of the weather. Cory is hopeful they will be fishing for cod early next week.

The best ice fishing opportunities this weekend will be in the northern regions of Connecticut. The ice should hold up, and the extended forecast is calling for below-freezing temperatures, beginning Monday. You can catch a mixed bag of fish using live shiners, blade baits, spoons, or a 1/16-ounce jig tipped with a worm. Bantam and Winchester lakes have been popular spots for northern pike. Holdover fishing on the Housy will be difficult as large masses of ice continue to flow down the river.