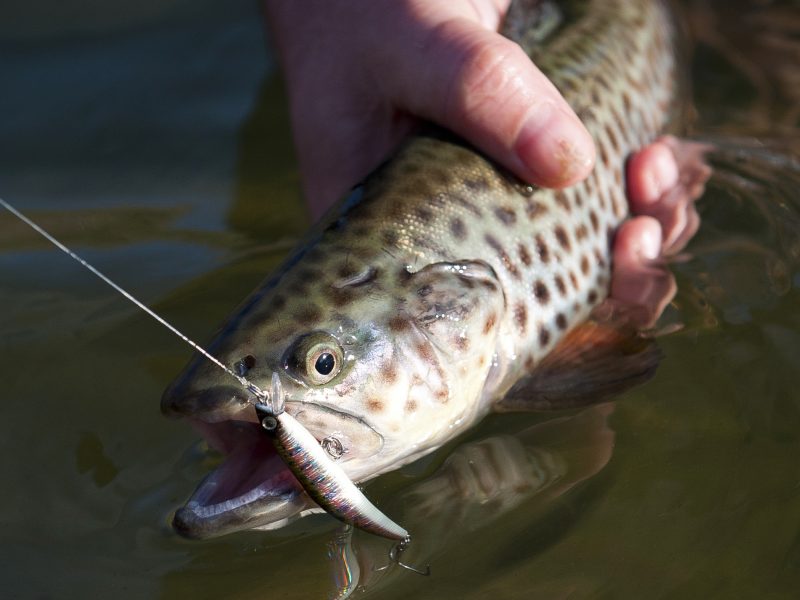 Cory, with the Frances Fleet, says they have not been out recently because of the windy conditions. However, they did well last week, with 5-to-10 pound cod coming over the rail. Cory says diamond jigs and clams are working best. The Frances Fleet will resume their fishing trips when there is a break in the weather.

Evan, at Black Hall Outfitters in Old Lyme, says the fishing in Connecticut remains consistent across the board. Freshwater fishing in the northern part of the state is dependent on ice. Evan says live bait and jigs are working well for trout and bass. Where there is open water, blade baits and small swimbaits are good choices. The temperatures for much of the upcoming week will be below freezing and much of the water will shift to ice. On the saltwater side of things, the Housatonic River continues to fish well for anglers using Lunker City Slug-Gos and fluke style soft plastics on 3/8-ounce jigheads. Nighttime is producing larger fish, but there are anglers who are doing well during the day too. Trout fishing in the rivers isn’t too bad either – the Farmington is consistently delivering rainbows and browns. Matt Stone of Black Hall Outfitters recently caught quite a few fish using egg sacs and spoons at the Farmington. Also, a reminder, the shop in Westbrook remains closed until further notice. If you are interested in making a purchase, head to BHO online and select in-store pick-up.

Max, at Fisherman’s World in Norwalk, says holdover striper fishing continues to produce on the Housatonic River, but he did note it has slowed down in the past week. Skim ice has developed in some areas, but Alabama (umbrella) rigs, fluke style baits, and 4-to-6 inch soft plastics are the best bet for locations with open water. Max says the holdover fishery is not a hot bite, but there are slot-sized fish, and the occasional 36-to-40 inch striper at night. The Atlantic Herring bite remains slow, but there are a few anglers who are picking off fish here and there. White perch with jigs or worms are another option at Southport Harbor and the lower Housy. Switching to freshwater; Max says centerpin fishing with egg sacs on the Farmington River is steady. He mentioned a couple of anglers recently caught sea-run brown trout in a local river.

Ted, at Three Belles Outfitters in Niantic, says the bite has slowed down, but perch and crappie fishing is holding steady. Holdover striped bass continue to bite in some of the deeper holes on warmer days, but the fishing is inconsistent. Ted says a couple anglers are finding success in the Norwich area for brown and brook trout.

Joe, from Diorio Guide Service, says brook and rainbow trout are providing consistent action on the Farmington River with centerpin and spinning gear. Joe says he will be guiding for trout on the Farmington until May, when he will transition back to saltwater, for striped bass.

Most of the party boats in Rhode Island are either being repaired or have been off the water because of the wind. Nonetheless, it’s worth giving them a call to see when they will be booking trips. Holdover stripers in Connecticut are the best bet for the upcoming days of cold weather. After safe ice develops, ponds and lakes will be ideal for the usual freshwater species – trout, crappie, pike, perch, pickerel, and largemouth bass.