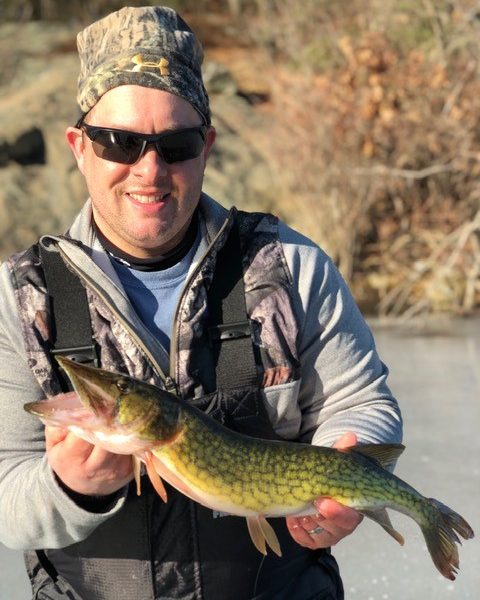 With temperatures trending in the right direction, in many cases, all that is needed is a wind-drop, and big water from Winnipesaukee to Sebago should soon be good to go. Another quintessentially New England winter pastime, smelt camp fishing, is expected to get the green light by next weekend, with the predicted freeze.

Jim, at A.J.’s Bait & Tackle in Meredith, says some anglers have spread out as far on Winnipesaukee as The Grand Stand in Alton Bay. As was the case last week, he also emphasized Pier 19. The first ice bite has been good with nice reports of white perch, lake, and rainbow trout. A few coves of Newfound Lake have frozen over, and with a 24-7 freeze expected, that premium ice fishing destination should be all set.

Joe, at Granite State Rod and Reel Repair, says that the monsoon of last weekend ruined any plans to fish. However, during a recent drive along Route-28, I noticed some spots are locking up. Ice could be good again by this weekend on Mill, Rocky, and Melendy ponds. But, as always, never take safe ice for granted.

Tracey, at Dag’s Bait & Sportgoods in Auburn, says prospects are definitely improving in Maine. Sabattus is now solid throughout most of the lake and is hard to top for fast-paced pike action. Tracey’s pick is the “points” on that lake. Thompson Lake is one of the better spots for lake trout and is now good to go. Lake Auburn also looked solid. The shop keeps tabs on the smelt camps and the word from Worthings and Leightons is that they are expected to drag the shacks out in time for next weekend. If you’d prefer your smelt on the hook as bait then you’ll be pleased to know that the shop is carrying live smelt.

Renee, at Sebago Bait in Windham, says they’re hoping to lose the wind, and with favorable sub-freezing temperatures, that will be all it will take for Sebago Lake to become solid. Anglers are biding their time on Crystal Lake, the “Ranges”, Little Sebago, and Little Ossipee Lake. Arrowhead Lake is another one that is getting some positive buzz. While trout are the main target in many of these lakes it is the pickerel which provide the most action and fun on smaller ponds.

Two of the ingredients are in play for awesome ice fishing conditions; no snow and sub-freezing temperatures. Sooner or later the wind will lie down and big thrills on big water will be in the offing. Meanwhile, anglers out on Alton Bay in Winnipesaukee are enjoying a taste of what’s to come. Those who prefer northern pike should head to Sabattus Lake for a go. For lake trout, Thompson Lake is a perennial favorite. Soon the smelt shacks will be in business, and as is usually the case, first ice is usually the best, so book an outing now.