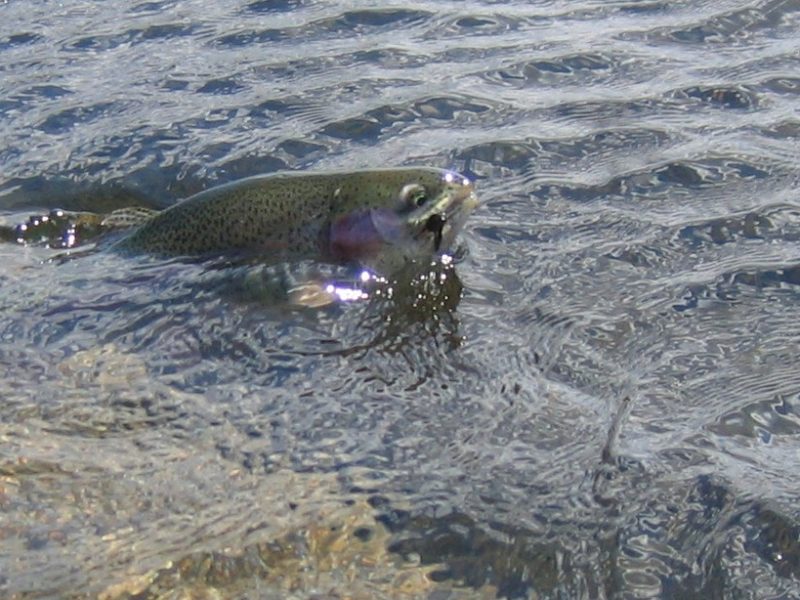 Ted, at Three Belles Outfitters in Niantic, says anglers are finding holdover stripers in some of the holes around the Connecticut River. There have been some reports further up river of crappie, yellow perch, and white perch. Ted says the action north has been in the coves around the Hartford area. Blade baits and hair jigs are working well. He has not heard of any ice fishing reports.

Rich, at Fisherman’s World in Norwalk, says some of the local anglers are catching Atlantic Herring in the harbors on Sabiki rigs. He anticipates the action will be picking up, as the fishing is not in full swing yet. Most anglers are sticking to the tidal river winter striper holdover fishery. Rich says there have been fish into the 40-inch range because the weather has been on the milder side, making the bass more active. Albie Snax and Lunker City Slug-Gos or Fin-S on light jig heads have been working well. Rich says there are no reports of ice on the local ponds and lakes, but the trout action continues to hold steady. Anglers are connecting with fish on Kastmasters, Rooster Tails, and streamer flies.

Quentin, at Rivers End Tackle in Old Saybrook, says a few anglers in boats are catching holdover stripers on soft plastics at the Housatonic River. The tributaries of the Connecticut River are also providing holdover bass action. Unfortunately, Quentin says he has not received any recent ice fishing reports. There was 3-inches of ice several weeks ago, but it was not thick enough to venture out on.

Cory, of the Frances Fleet in Point Judith, says the boat has not been fishing recently due to the weather conditions, but the next few days are promising. In late December, anglers on their party boat were catching a mixed bag of bottom fish, with cod to 15-pounds, 4-pound black sea bass, porgies, ling, and weakfish. Clams and diamond jigs were working best when the weather cooperated. Visit the Frances Fleet website to book a trip.

Dave, at Ocean State Tackle in Providence, says anglers are mainly targeting trout and largemouth. The local winter holdover fishery has been quiet, with most heading to the Housatonic River for striperes. With fair weather ahead for several days, Dave says some of the party boats will be heading out to the winter fishing grounds for cod and cunner.

If the current weather patterns continue to hold steady over the weekend and into early next week, there should be plenty of opportunities. Ice has yet to form, giving boat, kayak, and shore anglers many options, including party boat bottom fishing, holdover striped bass, trout, largemouth, and panfish. On most days, stocked trout and panfish are the easiest species to catch. Try small jigs, spoons, rooster tails, jerkbaits, and flies. Remember to renew or purchase your license before heading out.