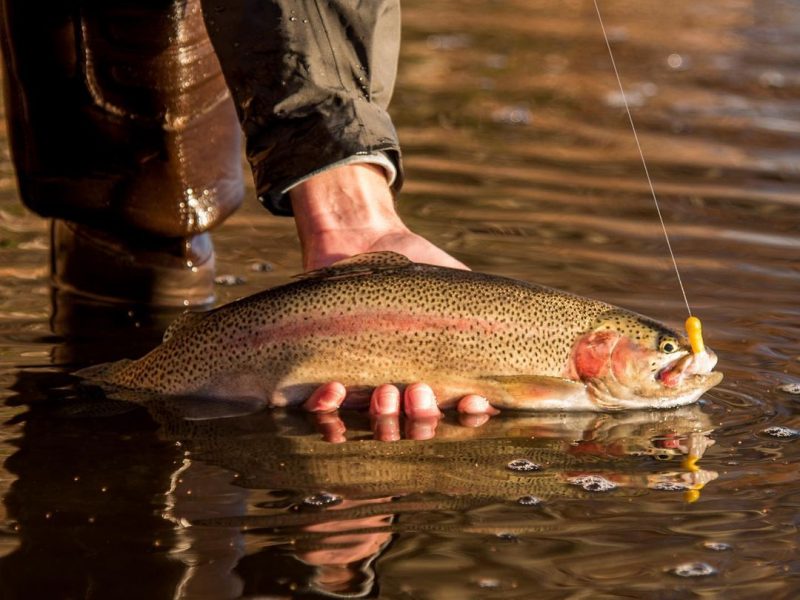 Evan, at Eastman’s Sport & Tackle in Falmouth, says he received some good trout reports. One angler recently caught a 5-pound rainbow trout. Evan says most of his customers are using live shiners and nightcrawlers, but one angler is catching stocked brown trout on a yellow Clouser fly. He says it’s worth heading to Mares Pond in Falmouth because the state overstocked it in the fall.

Ben, at Sports Port Bait & Tackle in Hyannis, says he heard some holdover stripers were caught “at Barnstable Harbor” this week. On the freshwater side of things, trout fishing has been steady for anglers using Rooster Tails and Kastmasters.

Derek, at Red Top Sporting Goods, says the trout action has been good locally, even though it has been difficult to catch fish on lures. Derek says the trout bite shifted in the past month from lures to nightcrawlers and live shiners.

With fair and consistent weather ahead, trout fishing at the kettle ponds should be solid over the next few days. Reports of large trout are not uncommon for anglers using live shiners and nightcrawlers. Evan at Eastman’s Sport & Tackle recommends Mares Pond in Falmouth because it was overstocked by the state. However, Marys pond in Rochester, Grews in Falmouth, and Peters Pond in Sandwich are also good options.