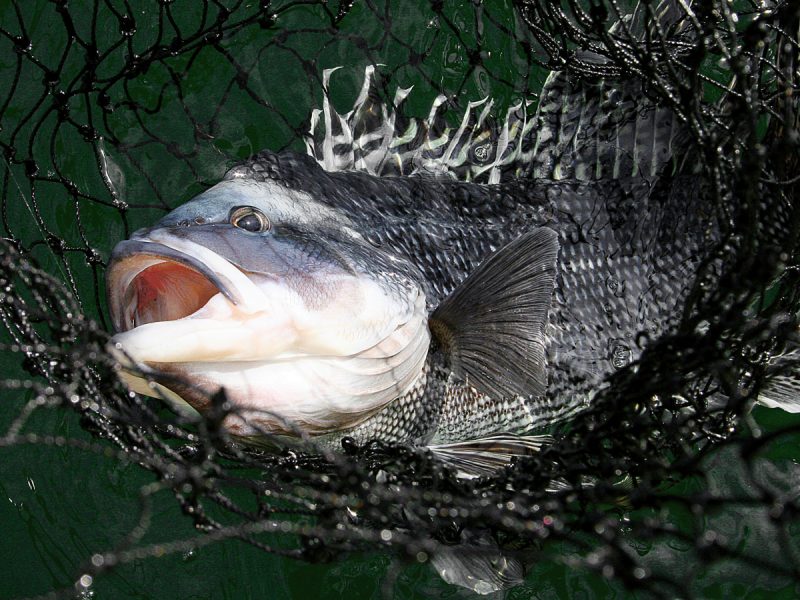 Tautog and cod are providing saltwater anglers one last chance to fill the coolers, while freshwater anglers are hoping for some hardwater in the coming week!

Captain Frank of fhe Frances Fleet in Point Judith has been able to sneak out a few times over the past few weeks, in between some bouts of weather. Results have been varied, but all trips have seen at least some solid action. On days with good drift conditions, they were able to manage some great mixed-bag fishing, including large cod, sea bass, scup, cunner and a few red hake. Even the tough days are seeing at least a few nice cod, along with plenty of sea bass and scup. They are starting to see much more bait on the grounds each trip, so things are setting up nicely for the winter jig bite! They will continue to try and sail every time the weather allows, and all reservations can be booked online. They are also offering gift cards for the holiday season, which can be purchased on their website and sent via e-mail!

Dave, at Ocean State Tackle in Providence, told me that a few brave tautog anglers have still been venturing out there, with mixed results, but most are finding a few fish. There is still one week left for the brave souls that want to try and fill the cooler one last time. Most local anglers have set their sights on freshwater fishing and are reporting some strong trout action following the recent stockings that were done this week. Holdover striped bass action has also ramped up, and they aren’t all small. A few anglers reported finding a nice pick of keeper fish, along with school bass in the rivers this week. The late season squid fishing has also picked up, with strong reports coming from Newport and Jamestown. Dave will be open from 9 AM to 1 PM this weekend for your last-minute Christmas gifts and whatever else you may need. If you have any questions or are looking for anything in particular, you can reach him on his winter number at 401-749-3474.

Captain Kelly, of C-Devil II Sportfishing, sent me his final report of the season this week, and noted a strong week of fishing as his season came to a close. They got out a few days this past week and continued to find some strong tautog fishing. The bite has slowed along the local reefs/beaches, but there are still some hungry fish hanging out around the Block. There are still some good numbers of cod in some of the same areas as well. As noted, they are now done sailing for the season but their 2021 booking calendar will go live on their website in January for all those that want to get an early start on their 2021 fishing season!

Andrew, at Fishin Fishin Factory III in Middletown, told me that school striped bass can still be found around the mouth of the river, but most of the local linesider anglers are heading to the Housatonic or the Thames for some solid holdover bass action. Reports of school bass are plentiful in both locations, along with a nice slug of larger fish to 34-inches or so in the mix. Most boats have stayed tied to the docks this week, but those that have gotten out are still finding some nice sea bass and cod at Coxes and around the Block. Freshwater anglers continue to report good trout fishing in the fall-stocked areas, including but lot limited to: Day Pond, Black Pond, Salmon River TMAs and Farmington TMAs. The Connecticut River was fishing very well for pike prior to the storm and should continue to do so right up until it starts to freeze up. The panfish bite is also gaining steam, with anglers finding big calicos, yellow perch and some white perch down south. With some low lows in the coming forecast a lot of anglers are hoping to head a bit north to find some fishable ice soon, and Andrew has all the ice fishing gear you may need if you decide to give it a shot!

Ted, at Three Belles Outfitters in Niantic, told me the weather allowed some anglers to get out over the past week. The local inshore action has slowed down quite a bit, but the holdover striped bass have settled into their winter haunts and are providing some great action. Small school bass can be found stacked tightly in the deeper holes of the local tidal rivers and estuaries. Larger bass can be found in the mix in the larger river systems such as the Housatonic or Connecticut. Freshwater anglers have been reporting some strong perch, calico, and bluegill action in many of the small ponds and river codes, but they may be freezing up shortly. When targeting any of the aforementioned species, be sure to slow down your presentation with the cold temperatures that have set in.

Heather from Black Hawk Sportfishing told me that they had another strong week of winter fishing. They were able to get out several days over the past week or so and were rewarded with good numbers of sea bass, jumbo scup, and a few nice cod. The boat has now been moved to Noank Shipyard for the winter, which puts them even closer to the best sea bass and cod grounds. The winter storm slowed things down, but the weekend and next week’s forecast looks solid, so there’s still plenty of time to get another trip in. The schedule is often dictated by the wind this time of year, but they will continue to sail daily every chance that they get. Trips will be posted on their website, so be sure to check in for a reservation and schedule updates.

Captain Chris, at Elser Guide Service, told me that things have slowed down a bit out front, but he has been marking boatloads of fish heading up the river to winter-over. Reports from anglers around the Housatonic have been strong, and Chris is looking forward to putting some time in before it gets too cold.

The weather has made things a bit trickier in the saltwater over the past week, but the weekend is looking considerably warmer and calmer. It’s looking like a strong weekend to get out there and fill the coolers one last time. Tautog action has been strong in Rhode Island; while cod, sea bass and scup are still rounding out the catch in the normal early winter haunts. Holdover striped bass are sensing the cold and starting to make their way up our tidal rivers and estuaries. They will undoubtedly provide plenty of action for anglers with the winter blues. Freshwater anglers should look forward to some strong pike, trout and panfish action, as those fish start to chew hard before the ice settles in.