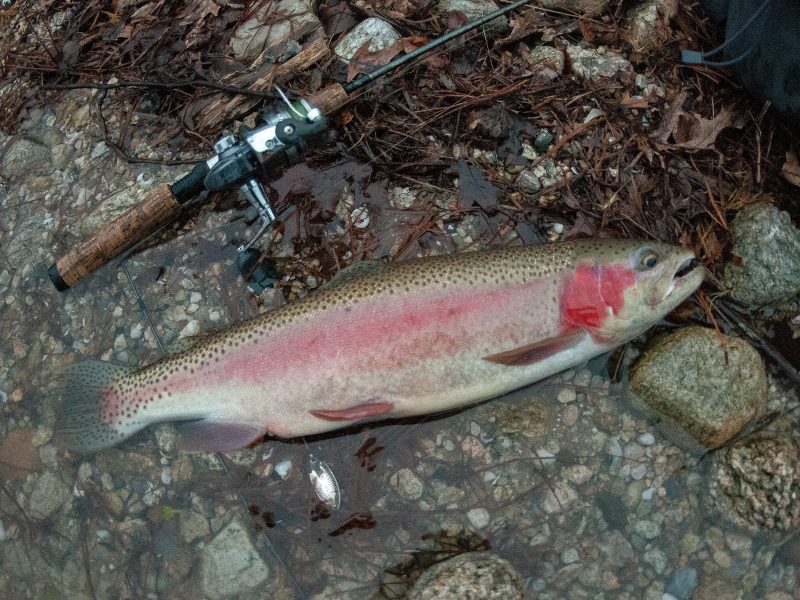 Derek, at Red Top Sporting Goods in Buzzards Bay, says the local trout fishing at the stocked ponds is holding steady. Anglers are catching on PowerBait, spoons, and jerkbaits. Despite the recent cold snap, smallmouth bass action is solid, Derek says. However, the largemouth bite has slowed down. There were no reports of ice on the local ponds and lakes.

Evan, at Eastman’s Sport & Tackle in Falmouth, says there aren’t any saltwater reports, but on the freshwater side of things, the locally stocked ponds are fishing well for trout. Evan says he received one report from an angler who caught a 24-inch trout on a shiner. He recommends Deep Pond and Peters Pond. Another angler is faring well fishing with shiners for largemouth at Wing’s Pond. Evan says others are shellfishing for oysters and clams locally on the Upper Cape.

The stocked trout ponds are a good option right now. Pick up some live shiners, put them in a bucket, and hit several spots for trout, smallmouth, pickerel, and largemouth.