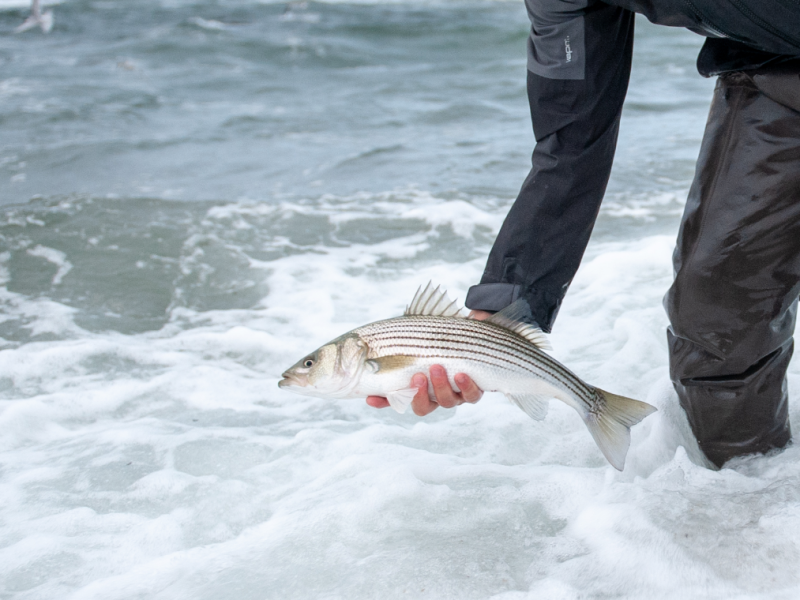 Long Island is on the verge of being a fishing hot spot. A few more warm days and it will be officially go time. With stripers of all sizes being caught around the island, and a very productive freshwater bite, there is no reason to not be fishing!

Paul, at River Bay Outfitters in Oceanside, said the striper bite has been on. There are huge amounts of schoolie sized fish in the bays and also fish entering the surf. A very early arrival to the surf bodes well for the coming season. Keep in mind it is not open season for bass on Long Island, everything is strictly catch and release.

Paul mentioned hearing of a 30-pound bass coming out of the surf as well. A good omen for the 2019 season?

For the freshwater anglers out there, the family fishing festival at Belmont Lake had a huge turn out last week. With over 4000 stocked trout the fishing has been on fire. Head over the Belmont State Park for a killer trout bite.

Bay Park Fishing Station reported that there are large numbers of stripers in Raritan bay. There are good amounts of bunker as well. They have heard reports of a few black fish and cod coming from local reefs but have yet to see anything weighed in.

Striped bass season opens on Monday, April 15, but with most of the keeper-sized fish around right now en route to the Hudson to spawn, it’s strongly recommended that you let them go to swim another day.

With daily and nightly temperatures continuing to rise, slowly but surely, expect the fishing to really heat up. The striper bite has been very strong and the bigger fish are on their way.