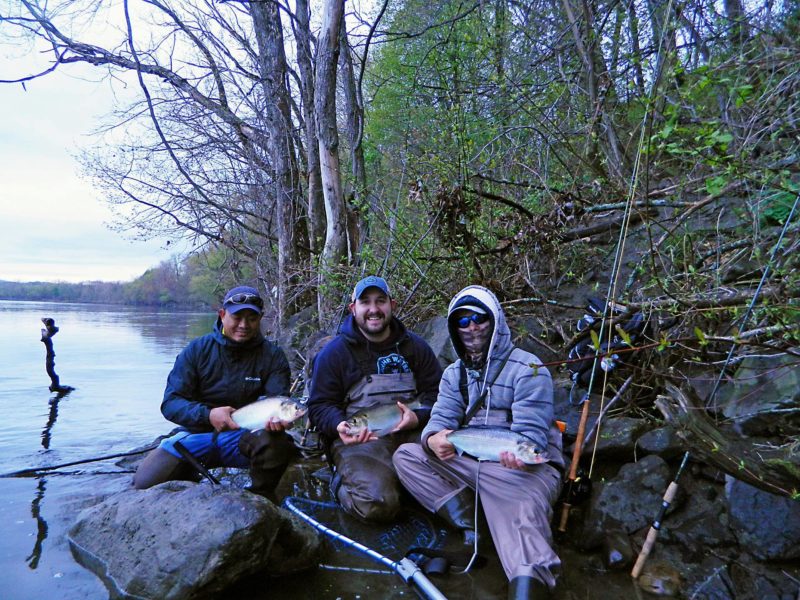 A few years ago I met Mike Taylor at the Springfield Sportsman’s Show. Since then, I’ve followed his photos, and updates on social media. On Tuesday, I took him up on his offer to introduce me to the American shad fishery on the Connecticut River.

5:17 PM –  My Jeep Cherokee rolls from my driveway filled to the brim with medium-action rods, a backpack full of tackle, and waders.

6:24 PM –  About 20 minutes late, I text Mike Taylor and let him know I’ve arrived at our pre-determined meeting spot on the Connecticut River. As I do, I notice a text from him saying, “The bite is on.”

Cars are lined up, fishermen are coming and going, and it feels more like I’ve arrived at the Cape Cod Canal than the Connecticut River.

6:40 PM –  I meet Mike and Ven after a somewhat treacherous hike. I can see shad rising like trout all over the river. 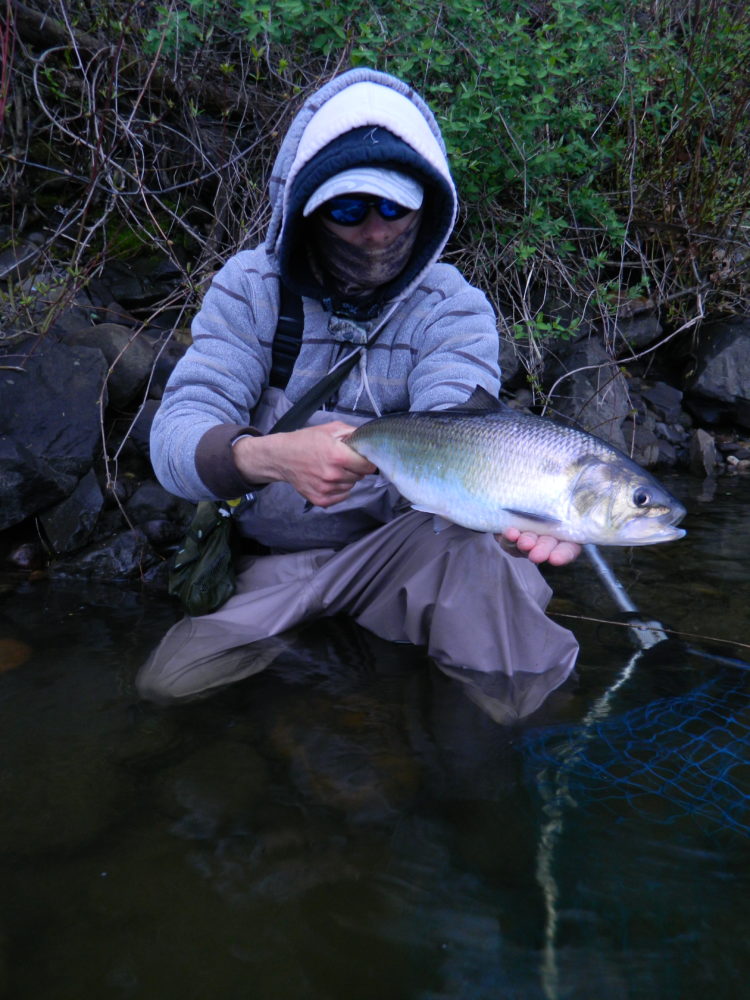 6:42 PM –  Ven hooks up, and I grow anxious to get into the action. After he nets the fish I catch my first glimpse of what the the dozens of shore fishermen in sight are casting toward.

6:45 PM –  As I make my first cast with a 1/16-ounce custom-painted shad dart, Mike yells from upriver, “I bet you catch your first shad within four casts.”

On my second cast, I add a new species to my list—the American shad.

Shad, I notice are slimy, like pickerel. The fish-smelling slime never seems to leave my hands, even when I wipe them on my waders, but I wear it like a badge of honor, a lasting reminder of my first American shad. 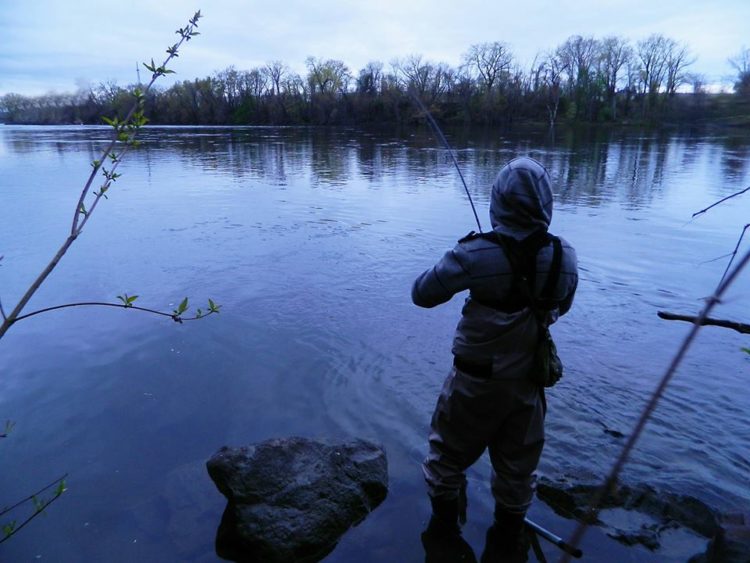 8:44 PM –  Waders off, car in drive, I’m on my way home. I ended up catching six shad, before the bite died around 8:00. My biggest fish was heavier than four pounds, and was an incredible fighter in the strong river current.

I clean my hands with rubbing alcohol and let out a triumphant yell in the car. A new species, and a new fishery discovered. As I head toward home, I resolve to fish for shad a few more times before the run ends. Game on!