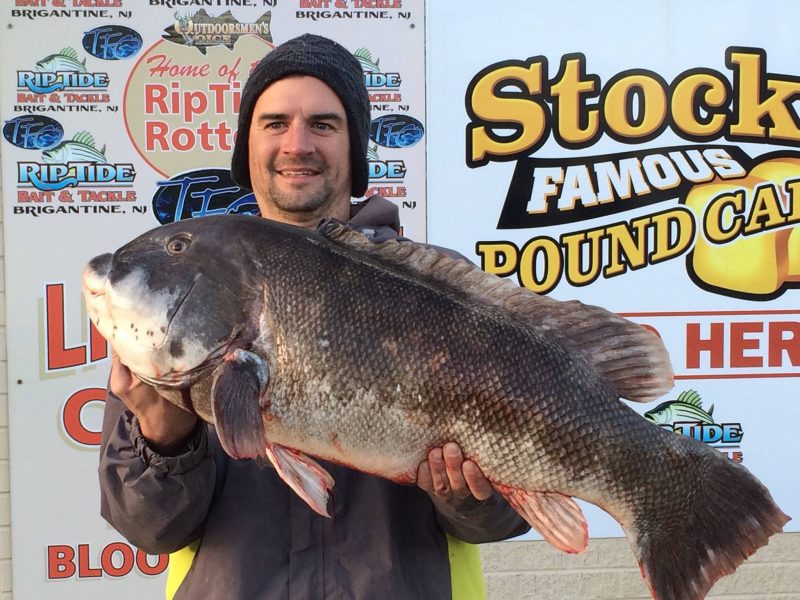 Andy at RipTide Bait and Tackle stayed open a little late on January 2 after receiving a call from Captain James Peterson of the Osprey V Charter Fishing out of Atlantic City about a monster tog on board. The fish, caught by Pete McCusker  of Medford, NJ on a white-legger crab, measured 32 inches in length and weighed a whopping 23 pounds, 10 ounces.

You can watch the video of the catch below, but be warned that some four-letter words start flying once the big tog hits the deck.

That fish is the latest in a number of monster blackfish being caught in the Northeast over the past few years including a 26-pounder in Connecticut, a 22-pounder in New York, a 25-pound state record in New Jersey, and the world record blackfish, caught in Maryland a year ago to the day of McCusker’s catch.