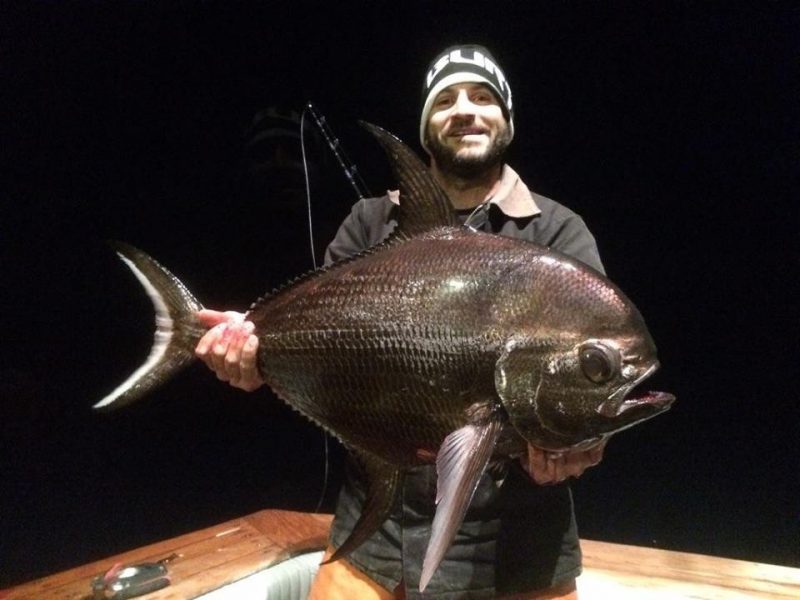 Fishing in the canyons has held up through November and into December this year, with White Water Outfitters reporting that boats making the run are still catching bigeye tuna, albacore, and the occasional giant bluefin tuna.

While 200-pound-plus bigeye and giant bluefin are certainly impressive, the most noteworthy catch from this extended canyon season was a good deal smaller. White Water Outfitters reported that Marcel Israel was fishing through the night at Hudson Canyon when a bigscale pomfret grabbed one of his swordfish baits set at 200 feet.

Pomfret are a deepwater fish that occur on both sides of the Atlantic and in the Gulf of Mexico. Not much is known about their diet or habits, though the occasionally turn up on pelagic long lines intended for swordfish, and are reported to be great eating. The IGFA World Record bigscale pomfret weighed 20 pounds, 10 ounces, and was caught off Florida in October 2004.