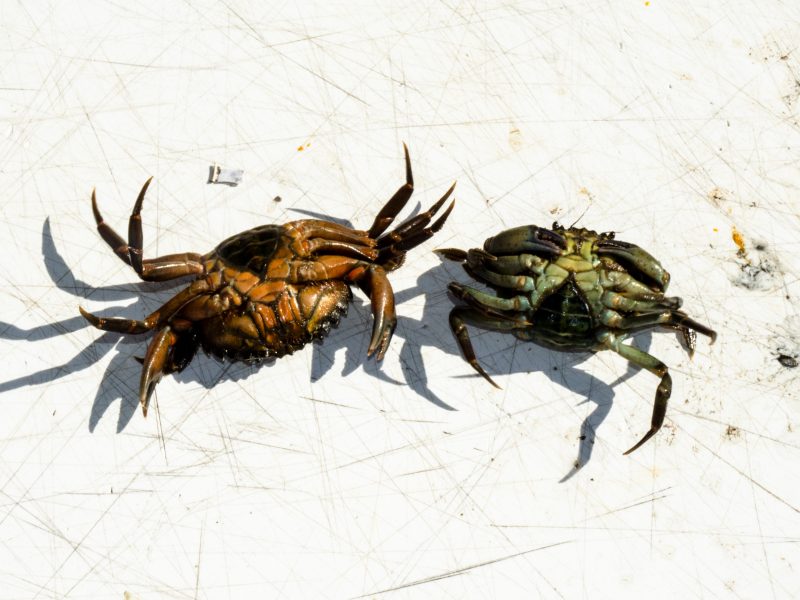 The first frost of the season glazed the roadside grass early Tuesday morning as I headed west on 195 under the setting Hunter’s Moon. My thoughts lingered on the thick mist hanging low over the Cape Cod Canal, a sign of the precious warmth being sucked out of the water by the 28-degree air. For New England stripers, the end is nearing, but for New England tautog, the best is right now.

I met Captain Rob Taylor, of Newport Sportfishing Charters, at Goat Island Marina in Newport just as the rising sun was taking the chill off.  We loaded the boat with gear, green crabs, and Taylor’s bullmastiff, Mogely, and motored past Brenton Point to Newport’s blackfish grounds.

Newport’s position at the mouth of Narragansett Bay and the endless rocky and live bottom creates a tog fisherman’s Nirvana. Cooling water temperatures in the fall flush blackfish out of the bay where they concentrate over the ledges, humps and holes off the Sailing Capital of the World.

With so much structure, finding blackish is easy, but finding keepers is decidedly more challenging—especially when well known spots are picked clean early in the season.

When Taylor called me the night before, he said we’d be fishing untested waters. The popular spots were get worked over hard by the fleet, he said, but by doing some exploring he hoped to find a few new blackfish honey holes.

By day’s end, we’d anchored over four spots, caught some fish at the first three, and absolutely crushed them at the final stop. Scanning his chart, Taylor had found a slight rise in the bottom that he guessed most fishermen would motor right past. Every time the crab-baited rig hit the bottom, hits came immediately, and even with the requistite missed hooksets, we caught a tog on almost every drop.

We returned to the dock with our limit of blackfish, a 10-pounder and a pair of 8’s being the top three fish, and as we passed Castle Hill, some chatter about striped bass being caught to the east came over the radio. New England’s saltwater season may be winding down, but the end is just beginning. Hit the water now, and whether you catch or not, you’ll be glad you went come December. 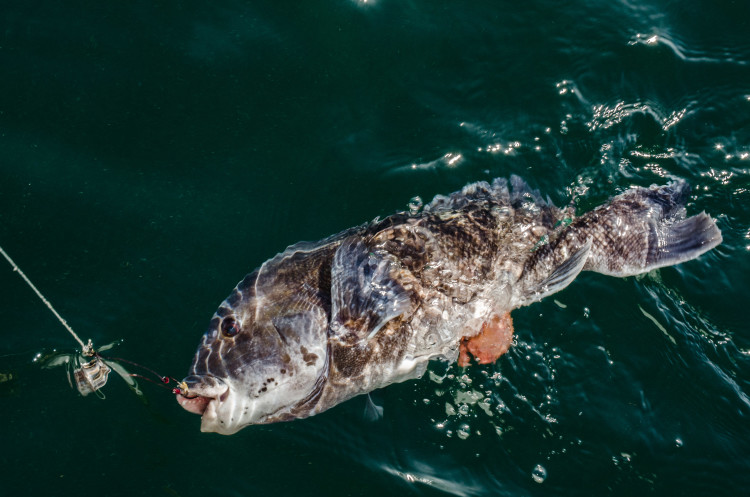