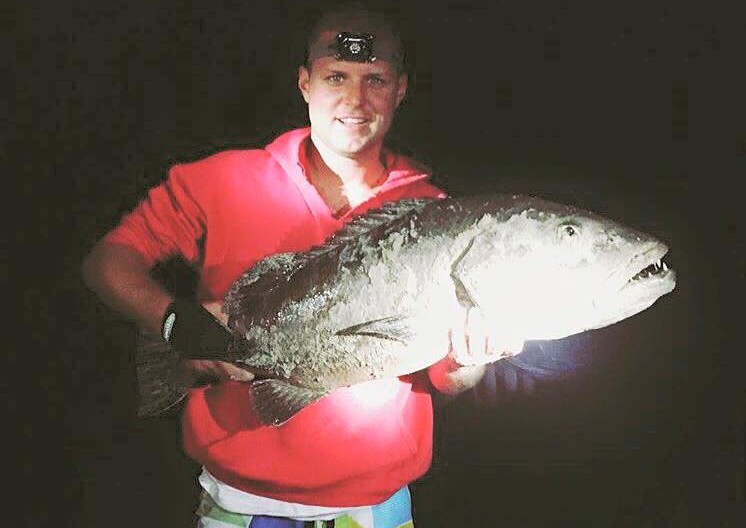 Mike Szabo was shark fishing on Island Beach State Park Sunday night when he hooked into a big surprise. His bait, a fresh bunker head, had been soaking for about 20 minutes when the rod went off. The fish made three good runs, and fought hard for 15 minutes before Mike was able to get it into the wash, were he grabbed the leader. Mike had no idea what he’d caught. The fish, later identified as a cubera snapper, weighed 25 pounds on his Boga Grip.

While an extremely rare catch, cubera snappers have been caught by Northeast surfcasters before. Several decades ago, a huge cubera was caught in the Cape Cod Canal.