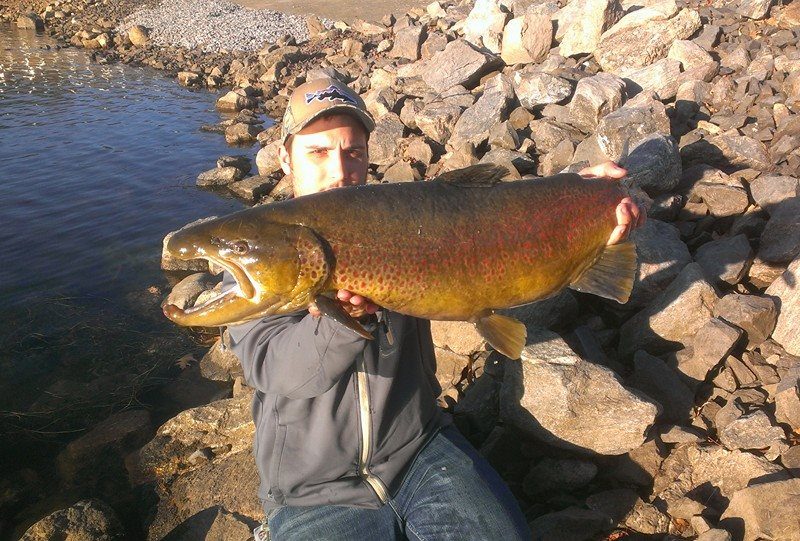 Schoolies are currently the theme of our tidal rivers. Again this week, some anglers reported catching countless schoolies in the Housatonic. There were also a handful of decent keepers caught, all from 28-37″. There are some bigger fish to be found in the rivers for sure. Better quantity and quality of stripers were caught after dark. Fish are stacking up in deeper water now too. Smaller sluggos, Fin-s fish and various other soft plastics on jig heads were productive when fished slow off the bottom. Slowly trolling small umbrella rigs also known as “Alabama rigs” have also boated some fish. There were also some okay reports of stripers from the CT. With the biggest fish from there measuring just at 28″.

Hard water warriors are anxiously awaiting the ice. In mean time, bass fishing is slowing down and the bite is tough. Reports weren’t the best this week but some decent largemouth came from Candlewood, Squantz and Zoar. Some good smallmouth came from Candlewood and the CT river. Hair jigs and swim baits are producing some good bass. Panfish have been willing to bite but the calico and perch are holding deeper right now. Crappie are cover oriented and can be found in or on the edge of weed lines. As we near the ice season, everything will further slow down, I’m sure. Bait is a good option if you’re looking to get a decent haul of panfish for a fish fry. You really can’t beat small shiners when targeting perch and crappie right now. Some fish can be very tight lipped and artificials just might not cut it. Good yellow perch action was reported from Candlewood and coves on the CT river. Calico reports came from Lillinonah and the CT river as well. Haven’t heard much on walleye but pike anglers are still doing well. A few good reports came from coves along the CT as they have been for the past few weeks. Late last week some good northerns up to 36″ were caught on large dead baits. But early this week those same coves began to ice over, making it difficult to fish.

Trout stockings have been keeping many anglers busy while their usual spots for other species have slowed. On top of the regular trout stockings, DEEP has begun to stock monster Seeforellen browns into select waters across the state. Some reports have already come in from Highland lake and Black pond. West Hill pond and Cedar lake were also stocked. These Seeforellen offer anglers an opportunity to catch a fish of a lifetime. Yet another example of how diverse Connecticut’s fisheries can be and what they have to offer. Other trout reports came from Black pond, Ball pond and the Farmington river. Highland lake and West Branch reservoir were stocked with some small browns this week as well. The only salmon reports we received this week came from the Naugy, just two fish.