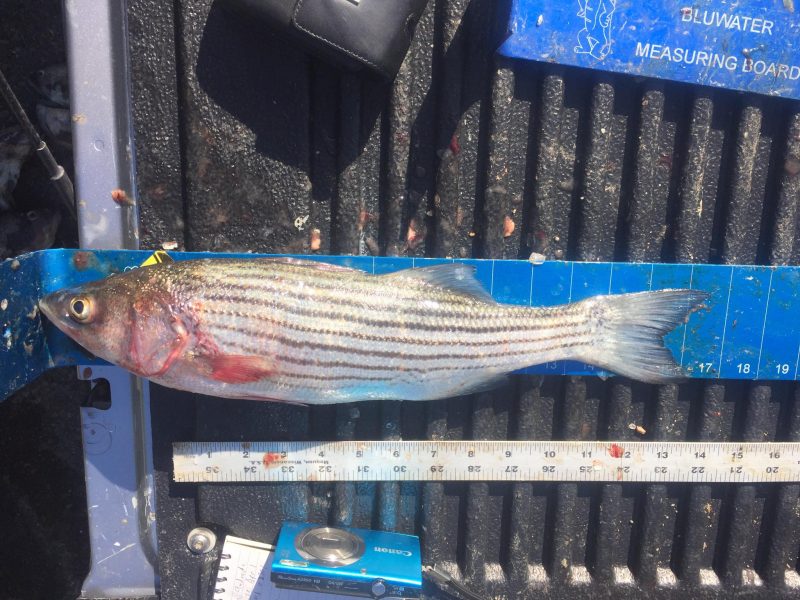 It seems that law-breakers can’t help themselves when black sea bass show up in Buzzards Bay.  Last year, the Environmental Police nabbed a poacher in Mattapoisett with 153 out of season sea bass on May 18; another in Wareham on May 29 with 219 sea bass, and then a third bust on June 2 when poachers landed 143 sea bass in Bourne.

As reported on the Wareham Harbormaster Facebook page, at approximately 3pm on May 21, 2017, officers from the Wareham Harbormaster Department were conducting safety inspections of vessels at Tempest Knob Boat Ramp. While performing inspections officers observed a large quantity of coolers located onboard the decks of two center console vessels tied to the dock. The Massachusetts Environmental Police were contacted and immediately responded to the scene.

Once Environmental Police were on scene the vessels were removed from the water but not before the captain of the second vessel was observed attempting to discreetly dispose of fish in the coolers by dumping the fish overboard. Officers were able to stop the individual from disposing of additional fish and stood by with the vessel until it was safely removed from the water. Officers from the Harbormaster Department were able to recover a majority of the fish that were dumped overboard. 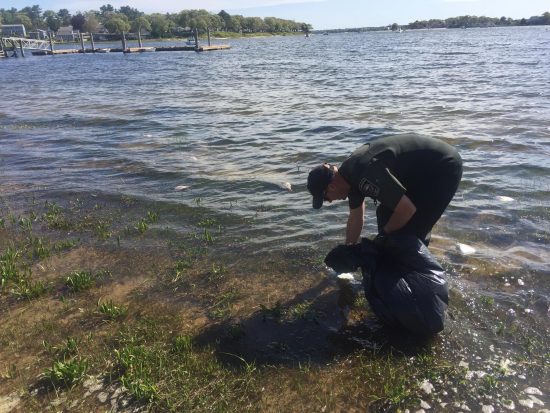 Upon completion of the inspection it was determined that the vessels were in possession of hundreds of pounds of various fish illegally taken that included black sea bass, scup, tautog, blue fish, striped bass and sea robins, which were seized. 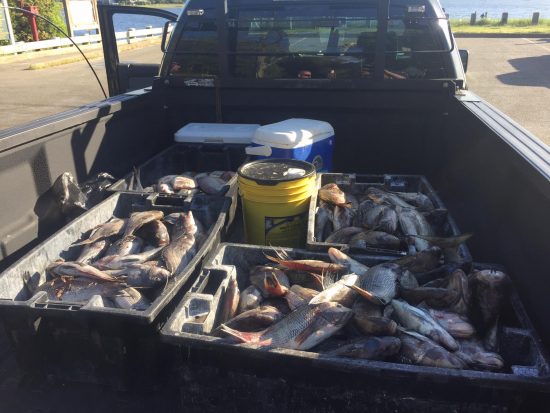 Various charges including no recreational fishing licenses, exceeding catch limits, undersize catch and illegally disposing of fish were brought against the numerous individuals as well as one arrest and one vehicle, trailer and boat towed from the scene. 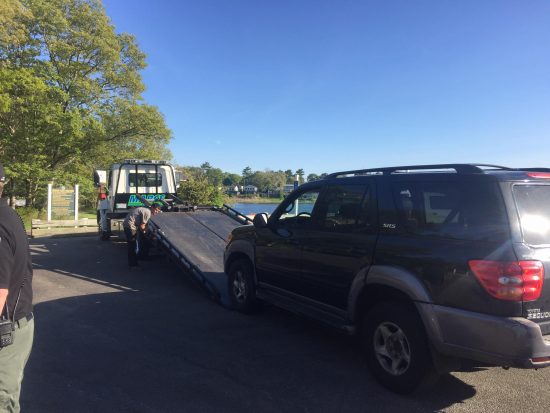 Due to the questionable storing of the fish without ice and the unknown amount of time that the fish had been stored it was determined for public health reasons the fish could not be released for human consumption.

Through a cooperative effort of both agencies the fish were able to be turned over to the National Marine Life Center in Buzzards Bay. The fish will be used to help feed the numerous animals that are in their rehabilitation facility! While this was an irresponsible waste of fish they will go to good use.

The incident remains under investigation by the Massachusetts Environmental Police.