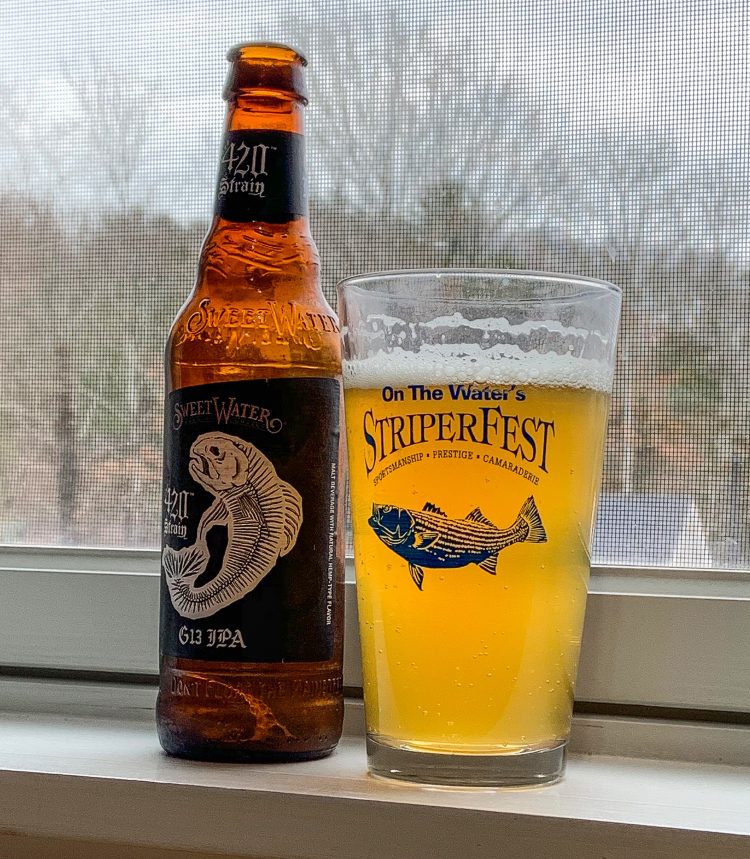 The cool looking graphic of a fossilized fish was the first thing that caught my eye when I encountered this newcomer at the local liquor store. Then I noticed “420 strain” boldly printed on the top of the bottle.

Sold. I bought two six-packs, and headed back to the office.

The description on the label sums up this beer pretty well.

“We took an already dank IPA and married its hops with strain specific terpenes and natural hemp-type flavor. The result is an aromatic super-hybrid sticky IPA that’s ready to rip. A strange new strain, indeed…”

I guarantee the very first thing you will notice about this beer is that it has a strong aroma of potent marijuana. After cracking open a few bottles, I became slightly paranoid when our office began to smell like a Phish concert…

The aroma carried over into the flavor of this beer. Surprisingly, it was quite pleasant. It poured with a thin head and a nice color, a slightly hazy yellow/gold. The flavor started out a bit dank and slightly bitter, but mellowed out after a few sips. It was a very aromatic experience. This is a mighty tasty brew that’s smooth, green, crisp and refreshing.

This beer ranked very well; we awarded it a score of 8.7 on a scale of 1 to 10, making it our highest ranking fishy brew to date!

COMMENTS:
“This should get a high score.”
“I’m afraid if I burp, some smoke will come out.”
“Smells like Eddy’s jacket.”