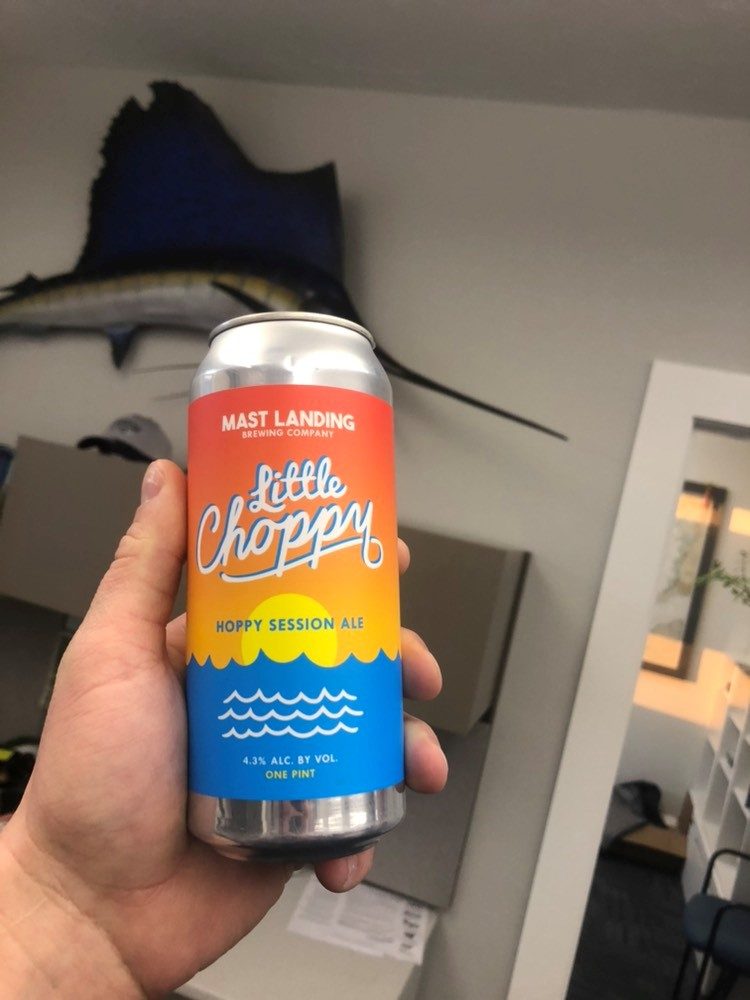 We’ve already reviewed several fish beers brewed in the Pine Tree State, and there are many more to go. Something about Maine must inspire its resident fishermen to brew their own beers.

The folks behind Mast Landing Brewery out of Westbrook, Maine, began with a simple homebrew kit in 2013. After two years of experimenting with different beer varieties and recipes, they took their craft to the next level, officially  opening Mast Landing Brewing Company in 2015.

It has a 4.3% ABV, and is light and flavorful, and did taste like a great beer for a warm afternoon on the water – sipping one around our conference table on a dark, cold February evening made it feel out of place. I, for one, will remember this beer for the warmer months, and a couple other OTW staffers agreed.

When asked, on a scale of 1 to 10, whether they would crack a couple Little Choppy’s on a bumpy ride back to the dock, our crew ranked Mast Landing’s session beer a respectable 6.95 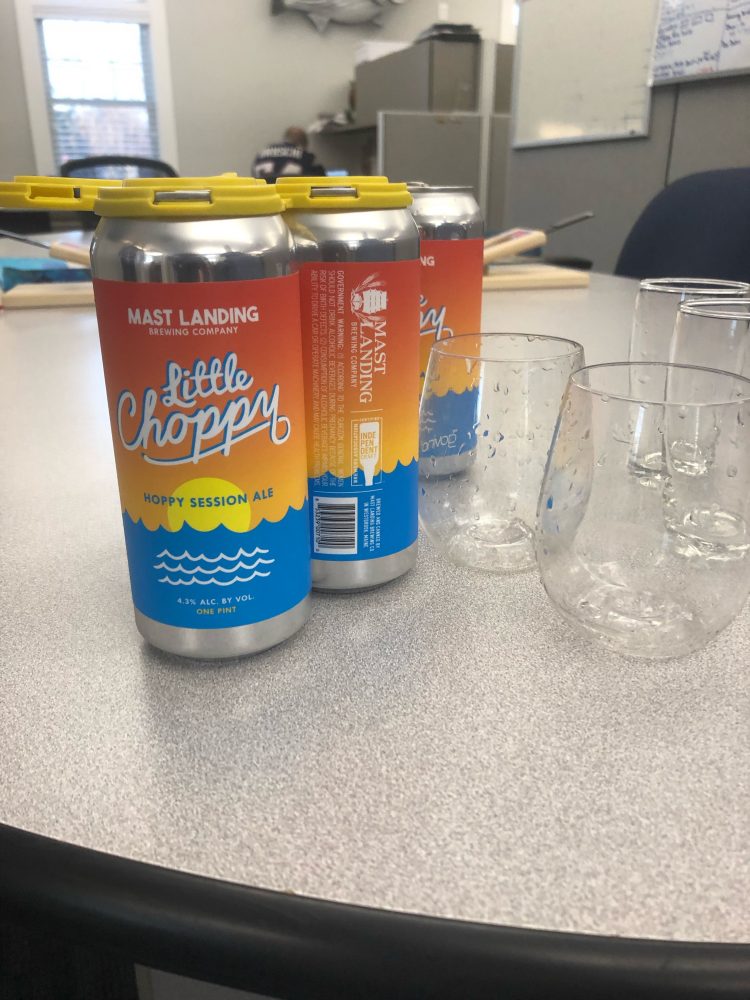