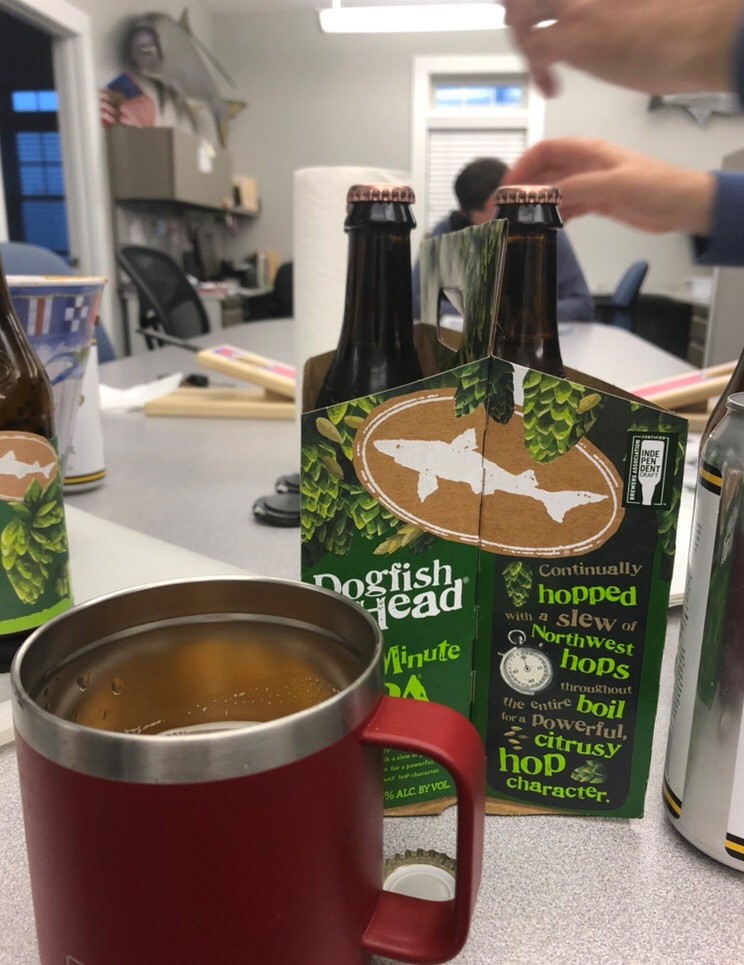 We had some complaints last week that I didn’t include Dogfish Head Brewery in my fishy-beer review. I must admit I intentionally omitted this brewery for one simple reason:

I hate dogfish. There, I said it.

They are the bane of the sea, the lowliest of the trash fish. When hooked, they swim in big dumb circles that tangle up lines. They steal bait, they terrorize fluke rigs, and they are pathetic fighters. There is absolutely nothing worse than bottomfishing in 300 feet of water, and doubling up on a pair of doggies.

But… in all due respect, a dogfish is still a fish, and one is clearly pictured on the label, so they should have been included.

Dogfish Head got its start as Delaware’s first Brew Pub, opening in 1995 in Rehoboth Beach. At the time, Dogfish Head was also the smallest commercial brewery in America. They started out brewing 12–gallon batches of beer for a whole restaurant, which resulted in brewing three times a day, five days a week. This had the side benefit of allowing for experimentation, a tradition Dogfish Head continues more than 20 years later.

Several people specifically recommended their 60 Minute IPA. So I bought some. And we tried it. And it was…. pretty good!

Dogfish Head uses a process called “continual hopping” whereby they add hops throughout the entire boil. According to their website, the continually hopped 60 Minute delivers an outrageously hoppy IPA that isn’t crushingly bitter.

This beer is quite hoppy, with moderate bitterness and a crisp finish, with notes of pine and citrus. I personally scored it a 7.4, but some of the other tasters found it harsh, while others said it mellows out nicely after a few sips.