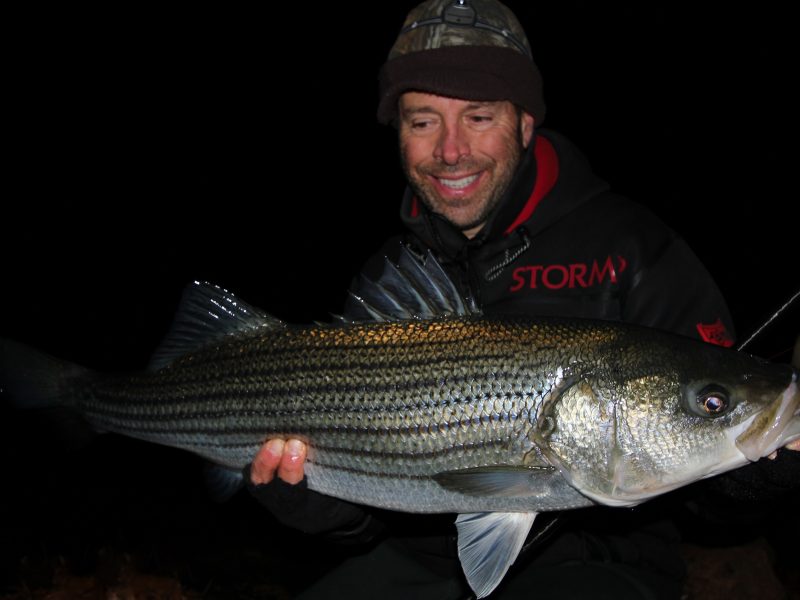 Few deliveries in my lifetime were as greatly anticipated as the packages containing my new Shimano Ultegra CI14+ and Tiralejo, which are part of Shimano’s Long Cast Surf System. The prospects of not only being able to reach water that was heretofore unattainable but to do so repeatedly without fanfare had my interest piqued, to say the least.

Being the obsessive-compulsive caster I am, I usually prefer letting a tackle shop wind the line on a new spool, taking comfort knowing that the shop’s precision machines are getting it “just right.” However, this time I did not have the luxury of waiting. Having taken possession of the outfit in mid-October as stripers were quickly departing my home waters of Boston Harbor, the clock was ticking louder than Big Ben, so I spooled it myself. Despite my crude line-winding methodology, Shimano’s unique Super Slow Oscillation line wrapping system made me look like a pro. I could not believe how uniformly and easily that system enabled me to spool on that line! The finished product was superior to any self-winding I had ever done before and a match for the best line-lay efforts of any shop machine. Far from an aberration, I’ve since done it successfully multiple times with different diameter lines on the Ultegra’s two additional spools 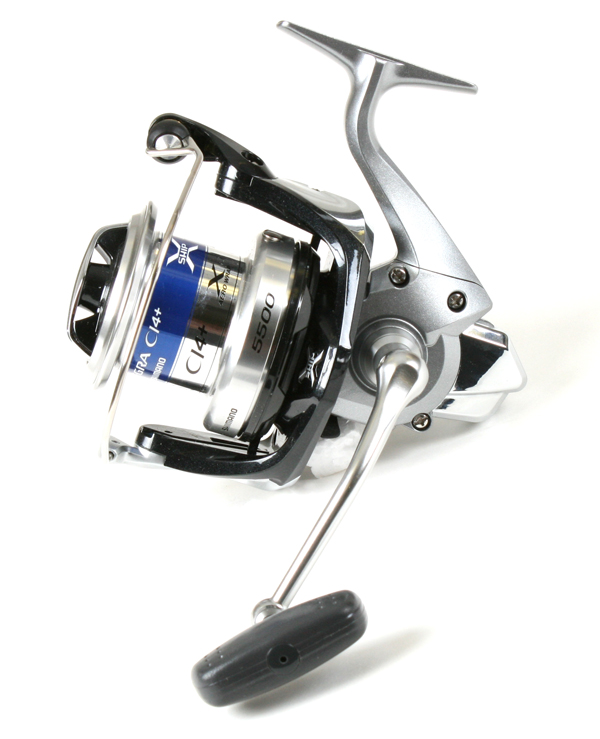 My first cast was in an estuary that I know intimately and suspected migratory stripers would be stopping over to feast on the waves of river herring fry making their maiden migration to the sea. In order to match the hatch, my first choice was a small-profiled spook of only 5/8 ounces. With little effort, and on my very first cast, I was able to place that spook right next to the channel-marking nun, a feat I was never able to accomplish before! Walking-the-dog maneuvers with spooks are notorious for bedeviling casters with wind knots and other line-lay bugaboos, but in spite of a headwind, retrieve after retrieve resulted in picture perfect line-wrap.

I tried shaking the outfit up by switching to jigs up to 3 ounces and then throwing 1-ounce swimmers in the mix. That system remained unflappable and cast after cast resulted in the smoothest line wrap I had ever seen. Of course a “pretty” spool is not the point, smooth line-lay results in better and more consistent casts. In the CI4+ Shimano has designed the oscillation system so that it takes a full 50 rotations for the rotor to cycle up and down the arbor in one revolution.

The first time you crank the reel it almost seems as if something is wrong because the spool hardly moves. This Super Slow Oscillation system packs each loop of the line next to the previous loop as opposed to randomly all over the place like other reels do. The result is obvious when a cast is made: there is no binding and the line is released off the arbor in a fan-like pattern with no interference. The end result is long cast after long cast and it becomes so natural you soon give it little thought.

The Ultegra CI14+, just like the other two members of this Shimano System, the Ultegra and premium Aero Technium, comes equipped with three spools. My first line selection was 40-pound Power Pro Super Slick and I was able to pack a full 300 yards on it. That is one impressive feat for a 15.9-ounce reel! There are also two different diameter arbor spacers you can slip on the spools in case you don’t need all that line capacity.

Obviously a reel is only as good as the rod it is paired with. The previous generation Tiralejo carved out a quiet reputation as a solid, serviceable, value-driven rod. But the adjustable real seat along with the aft counterweight balancing system left some feeling that it had too many frills. Comparatively, the new Tiralejos are like lithe ninjas: lighter yet more powerful, especially in the all-important “lift” category. The 10’ 6” model I selected has proved amazingly versatile for the panoply of environments I traipse through, from rivers to marshes to the surf. Being in the midst of my first full season with the system, the prospects of casting farther have me looking at even familiar waters in a whole new light!

The rest of the story is typically Shimano with premium parts and flawless craftsmanship hallmarks of the Tiralejo and a silky smooth drag and retrieve emblematic of the Ultegra C14+. If there is a downside to Shimano’s Long Cast Surf System, it is that the rest of my surf gear is getting dusty!