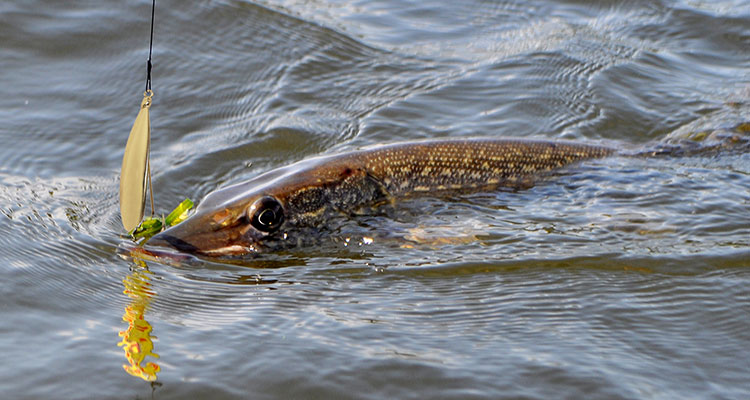 When thick weeds at his favorite lake began to foul Louis Johnson’s lures, the retired Chicago foundry operator started tinkering with household items to find a solution. In 1920, Johnson soldered a wire and a hook to a section of spoon handle, and the Johnson Silver Minnow was born.

Johnson’s design has endured for almost a century with relatively few changes. The original Silver Minnow was forged so that it was thicker in the middle than at the edges, which ensured that the hook would ride up and be less likely to snag or foul with weeds. It also made the lure rock side-to-side on the retrieve, creating the Johnson Silver Minnow’s signature 35-degree wobble, and kept the lure from rolling over and spinning, which would have twisted the line and created tangles. 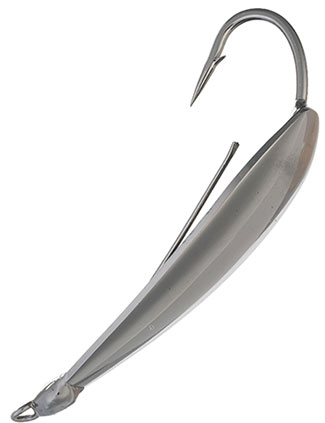 Today, the Johnson Silver Minnow is stamped, rather than forged, and it is a uniform thickness, but the process of soldering the hook in place adds enough weight to the center of the spoon to maintain the lure’s classic wobbling action. The brass blade that forms the spoon is heavy and allows for long casts to cover water.

Available in six sizes from 1/16 to 1 1/8 ounce, the Silver Minnow works on a variety of freshwater and saltwater gamefish. Everything from panfish and trout to stripers and bluefish will attack a wobbling Silver Minnow, but the lure is especially effective on weed-dwelling predators like largemouth bass, northern pike, and muskellunge.

Cast into weedy coves and worked over the top of the vegetation with a steady retrieve, the Silver Minnow will make a small surface disturbance like a frog or wounded baitfish. Bass and pike will come crashing through the weeds to attack the lure.

While the Silver Minnow’s wobble and flash alone will attract plenty of gamefish, most anglers tip the spoon with a soft-plastic trailer, such as a simple curly-tail grub. This will add action and slow the spoon’s rate of descent, creating an enticing slow flutter as it falls. The trailer also creates drag, which allows anglers to fish the lure above the weeds at an enticingly slow retrieve. Scented trailers, like Berkley Gulp, will give the lure even more appeal.

The Silver Minnow comes in a variety of colors today, but the most popular is pure silver, just like the original prototype crafted from a silver-plated household spoon. The pure silver, and with the 24k gold-plated model, give off more flash than chrome or brass, and can be spotted by gamefish from a greater distance.

It’s unlikely that Louis Johnson predicted that his creation would still be catching bass and pike nearly 100 years after he first designed it. But, as long as there are weedy lakes and fish that live in them, the Johnson Silver Minnow will be a favorite among fish and fishermen.