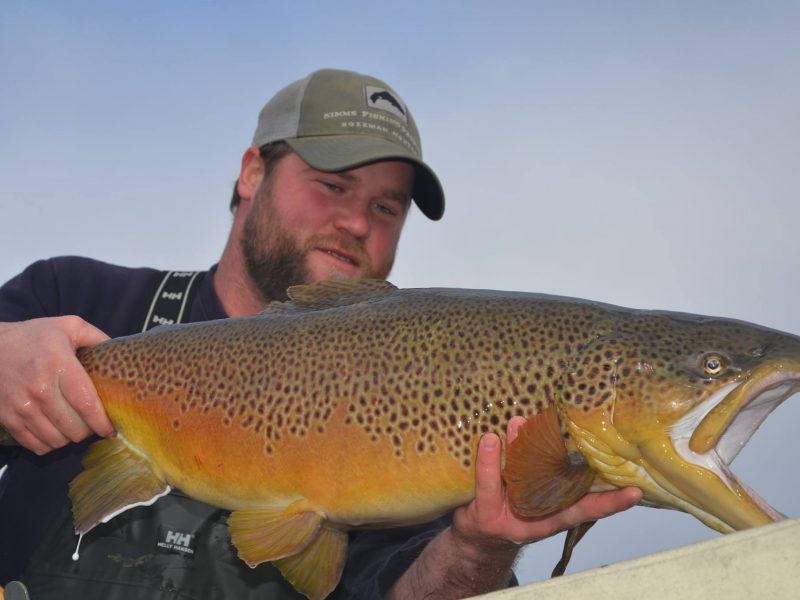 The Connecticut DEEP will be stocking 400 Seeforellen-strain brown trout in December averaging a whopping 15 pounds each. Some will exceed 20 pounds, making them larger than the current Connecticut state record brown trout of 18 pounds, 5 ounces caught by angler Tony Urbanowicz from the Saugatuck Reservoir in 2011.

On the Connecticut Fish and Wildlife Facebook page, several anglers questioned the state’s decision to stock brown trout large enough to qualify as the state record.

“This is a great opportunity for Connecticut anglers, thank you! But I don’t like the idea of having one of those newly released fish as a state record brown trout,” commented Kierran Broatch.

“Don’t think it’s a good idea to stock fish larger than a state record. Tony Urbanawiecz worked very hard to catch his state record. That was a fish that grew in the Saugatuck Reservoir and was smart. These fish were raised in a tank and are uneducated as far as angling is concerned,” commented Ron Merly.

An administrator for the page responded, “A good debate and discussion. Many states struggle with the same issue. For now DEEP will be keeping the process the same. Meaning, yes, one of these fish could be the new state record fish. Thanks all.”

UPDATE 12/25/2014: The following water bodies have each been stocked with 50 Seeforellen brown trout: