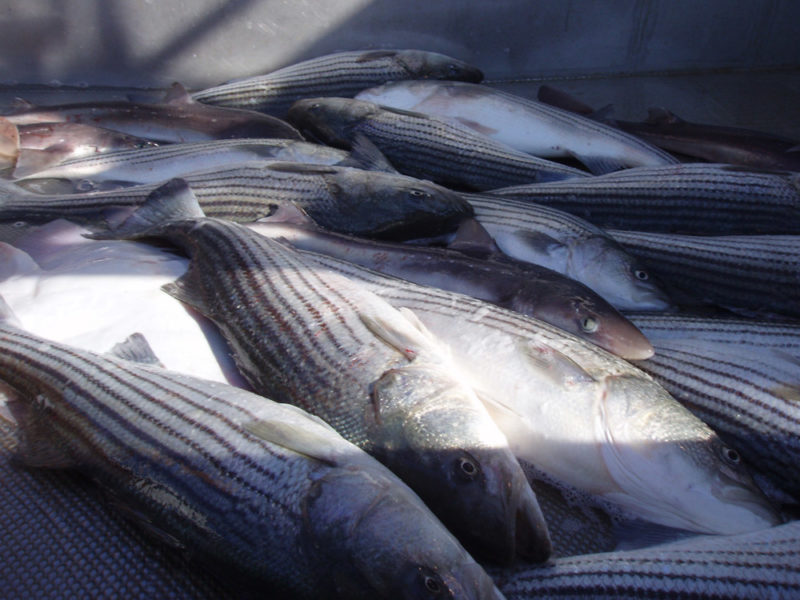 Craddock is one of 13 commercial fishermen in North Carolina and Georgia charged in federal court in 2015 for their role in the illegal harvest and sale and false reporting of approximately 90,000 pounds of Atlantic striped bass from federal waters off the coast of North Carolina during 2009 and 2010. The average retail value of the illegally harvested striped bass is approximately $1.1 million.

A NOAA analysis found that during the North Carolina 20-day ocean trawl season in January/February of 2010 Craddock, then the Captain of the 74-foot commercial fishing vessel Capt Ralph, harvested over 12,000 pounds of Striped Bass. The investigation also revealed that Craddock harvested 1,750 pounds of the bass from the EEZ which had an estimated fair-market retail price of about $14,000.

“Fishing for striped bass in federal waters in violation of this longstanding and well-known moratorium has the potential to seriously impact this iconic species, to the detriment of the many honest commercial and recreational fishers who depend upon this fishery,” said Assistant Attorney General John C. Cruden for the Environment and Natural Resources Division. “Today’s plea agreement demonstrates the department’s commitment to pursuing those who fail to respect laws enacted to protect and conserve important marine resources.”

Craddock faces a max sentence of five years in prison and a $250,000 fine.