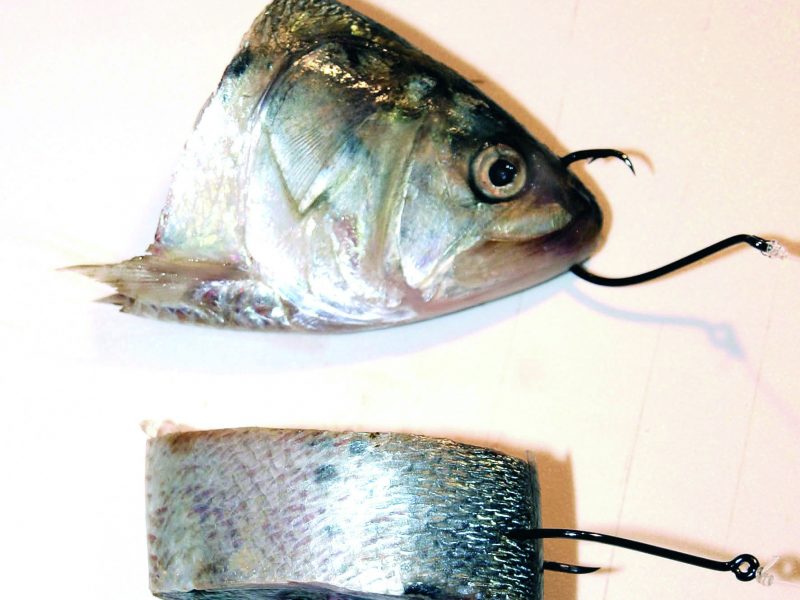 When a fish swallows a bait on a circle hook, the turned-in point is less likely to snag on the stomach or esophagus, which is often fatal. Instead, the hook is designed to slide out from the fish’s throat and catch on the corner of its jaw. The circle hook sets itself when the fish tries to swim away.

Hooking a fish while using a circle hook is not as straightforward as setting the hook with a traditional J-shaped hook. Instead of lifting the rod sharply to set the hook as soon as a fish grabs the bait, drop the rod tip back toward the fish to give it some slack and be sure it has the bait in its mouth. Then, steadily take up any slack as the fish swims away and the line comes tight. Usually, this sets the circle hook into the corner of the fish’s jaw, and you can fight the fish as usual.

Because of the circle hook’s design, it is especially important to use the right size hook for the bait. Too large, and the fish might spit the bait before you have a chance to hook it; too small, and you’ll miss the majority of your bites. Where and how you rig the bait is also important, since too much meat on the hook could prevent it from finding purchase.

Using a circle hook is a new challenge for many striper anglers, but it’s worth the effort. By following the regulations, you’ll help striped bass survive being caught and released at a time when the striped bass population is overfished and needs to be rebuilt.

For large baitfish, whether adult-sized menhaden (bunker or pogy), mackerel, or scup, hook selection depends on how and where you prefer to hook the bait.

“I prefer hooking a bunker through the back with a 9/0 Gamakatsu 4X Strong Inline Circle. Occasionally, I hook the bait through the belly using the same hook, as this can encourage the bunker to swim down toward the bottom.”

“I hook a live bunker through the nose with a 10/0 Mustad Demon Perfect Circle. I find the larger hook is necessary to leave a wide-enough gap for it to penetrate in the striper’s jaw.”

“I usually bridle a pogy or a big mackerel on an 8/0 Owner Tournament Mutu Circle, especially if I’m slow-trolling live baits. Bridling allows the bait to swim freely and leaves the hook free for better hook-ups. Because the hook isn’t piercing the bait, it also allows me to use a slightly smaller hook.”

When fishing cut bait (chunks), the challenge is to place the circle hook so it holds the bait securely on the cast but is exposed enough to pull away and set on a striper’s jaw. Without being able to use a sweeping hookset to help the hook rip through the bait and into the fish, it’s necessary to select one with a wide-enough gap to lock into a biting striper’s jaw.

“For big baits, like bunker and bunker heads, I use a 9/0 hook like the VMC 7385 Tournament Circle Hook. For chunks of smaller baitfish like mackerel or mullet, I prefer a 6/0 or 7/0 octopus-style circle like the Eagle Claw Octopus Wide Gap Circle Hook because it is thinner and will tear free of the chunk.”

-Jimmy Fee (Editor, On The Water) 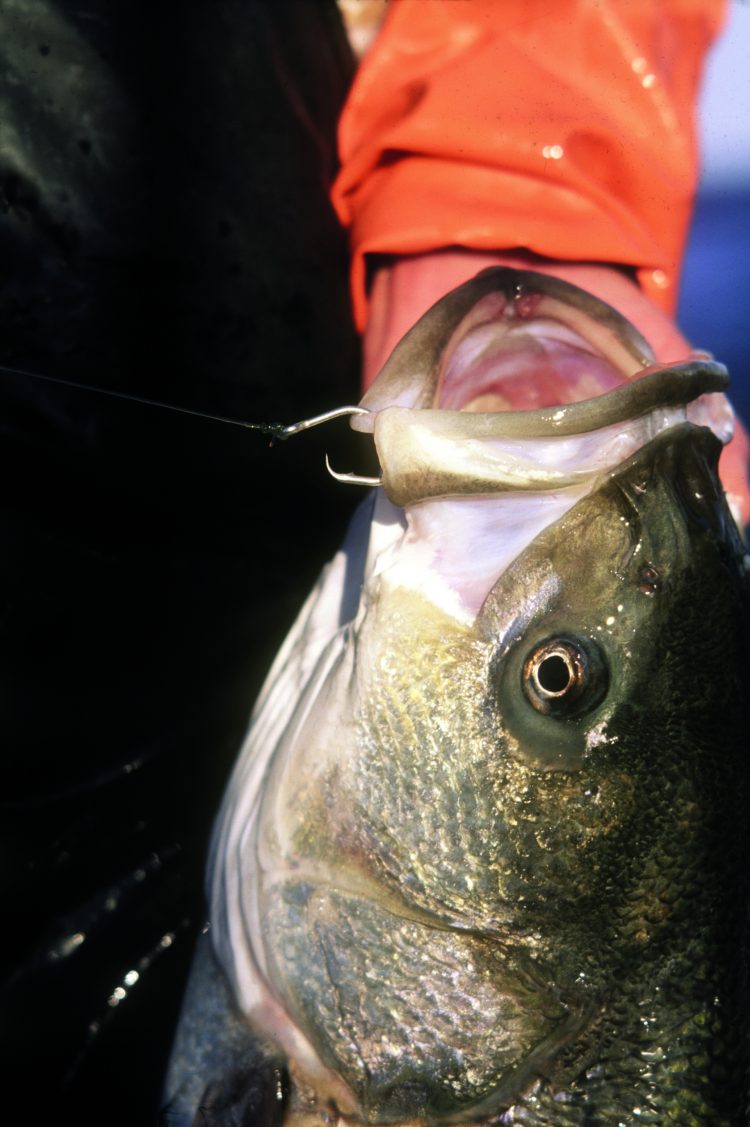 With its slimmer profile, a smaller circle hook is preferred for eels. Too large a circle could impact the presentation and cause the bass to spit the eel. Most fishermen in the Northeast hook their eels through the lower jaw and out an eye socket to keep it from tearing off the hook on the cast.

“When I drift eels over reefs and rips, I prefer a 7/0 Mustad Demon Perfect Inline Circle.”

“When slinging serpents from shore, I’m a fan of the 7/0 Gamakatsu Octopus Inline Circle most of the time, but I downsize to a 6/0 when I can get only smaller ‘shoestring’ eels from the local shop.”

Stripers quickly swallow soft baits such as clams, squid, and seaworms, making them perfect candidates for circle hooks whether mandated or not.

“When I fish bloodworms to catch large stripers in early spring, I thread them on a 7/0 Gamakatsu Octopus Inline Circle. In some areas, especially in rivers where smaller bait-stealers can chew up a big bloodworm bill, anglers bag the worms in the mesh netting that trout and salmon anglers use to make egg sacs. These worm bags can be used with 5/0 or 6/0 circles, depending on the size of the bait.”

Unfortunately, circle hooks are not foolproof, and occasionally you will gut-hook a fish when using one. Never try to tear a hook free if it is embedded in the throat or stomach of a fish. To give the fish its best chance at survival, cut the line as close as possible to the fish’s mouth before releasing it.

In March 2021, the Atlantic States Marine Fisheries Commission (ASMFC) also clarified that the intent of the striped bass circle-hook mandate was that no striped bass may be harvested using bait with a non-circle hook, regardless of the species an angler is targeting. If you’re fishing natural bait for another species, such as bluefish or fluke, and hook a legal-sized striper, you must immediately release the fish.

After initially suggesting that circle hooks would be required on tube-and-worm rigs, which are trolled and rarely result in gut hooking, fishery managers at ASMFC revisited the mandate and issued revised guidance in March 2021. Artificial lures tipped with bait, like the tube-and-worm rig, are exempt from the circle-hook mandate. ASMFC also provided additional guidance on the definition of “bait” that requires the use of circle hooks, clarifying that natural materials such as pork rinds and bucktails would not be subject to the circle-hook mandate.