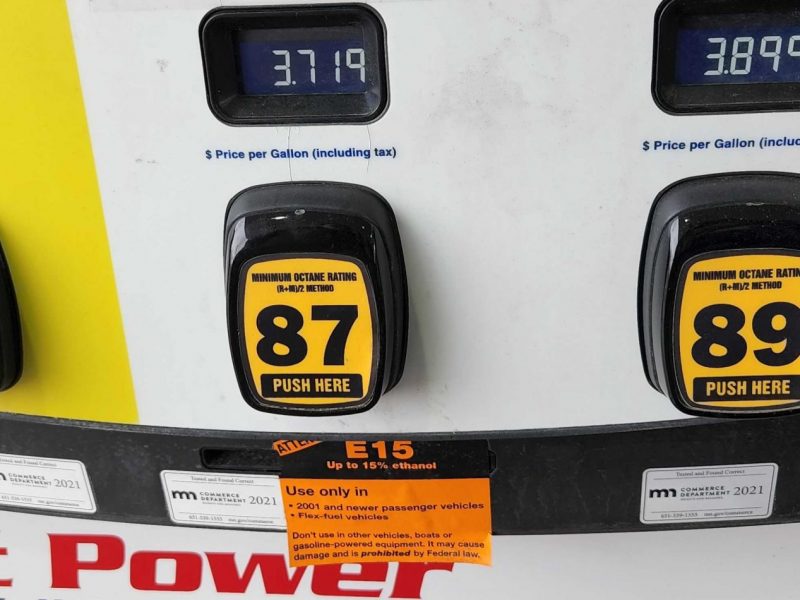 This boating season it is going to be imperative to pay attention at the pump, as a new emergency rule will allow E15, a harmful fuel for boat engines, to be sold throughout the summer. E15, or gasoline that uses a 15 percent ethanol blend, is a widespread, common fuel type that can be harmful for recreational boat engines and should be avoided at all costs.

If you are trailering your vessel and filling up at a gas station, be certain you are not using E15 fuel. While it is required by law to be labeled, if you have any doubt, ask the station attendant.

April 29, the Environmental Protection Agency formally issued an emergency fuel waiver that allows E15 gasoline to be sold throughout the summer, our boating season. Typically, in roughly two-thirds of the country, E15 cannot be sold from terminals starting May 1, and at retail stations starting June 1. E15 sales are usually halted over the summer as it is a more volatile type of fuel and can contribute to increased smog and air pollution.

Yet, even with these impacts to air quality and recreational vessels, the Biden administration has extended E15 sales in efforts to counteract the impact on the global and domestic energy markets ushered in by the war in Ukraine. Surprisingly, this is not the first time that E15 sales have been extended in the summer. In 2019, former president Donald Trump, allowed for a summertime expansion of E15 in efforts to boost American energy independence and support farmers.

Despite the rationale behind the extension, the threat to the recreational boating industry, your customers, and MRAA members is the same. Put simply, E15 is bad for boat engines.

Not only are you prohibited by Federal law to use E15 in your vessel, but also E15 is proven to cause damage to boat engines. A test done by Mercury Marine, under contract of the U.S. Department of Energy, found that all of the engines tested showed signs of elevated piston and exhaust temperatures, and according to Jeff Wasil, the engineering manager of emissions testing at BRP, this can be fatal for boat engines.

“Since marine engines can run for extended periods of time at wide-open throttle, any increase in exhaust gas temperature will cause issues,” Wasil noted. Not only does E15 cause issues while running the engine, it can also have negative effects on engine components if left in the engine, fuel tanks and fuel lines for an extended period, as ethanol is a harsh solvent.

The threat posed by E15 is supported by a recent survey done by the National Marine Manufacturers Association, American Motorcyclist Association and the Outdoor Power Equipment Institute that highlights a need for increased education and updated labeling. The survey found that only about 18 percent of consumers believe that the current E15 label used at gas pumps is effective in showing that E15 is hazardous to certain engine types. Furthermore, 77.5 percent of respondents cited red as the best color of label to convey a warning, which is currently in contrast with the current label color. Now, with more new boaters on the water than ever before, it is imperative we educate boaters about the dangers E15 poses and how to spot it.

The MRAA is also working with the NMMA and the Association of Marina Industries to reintroduce H.R. 1024 Consumer Protection and Fuel Transparency Act of 2019. This bill, originally introduced by Rep. Austin Scott (R-GA-8), would:
• Define E15 as gasoline containing 15% ethanol;
• Direct the EPA to revise labeling requirements for fuel pumps that dispense E15;
• Direct the EPA to implement a public education campaign concerning the risks associated with improper use of E15.