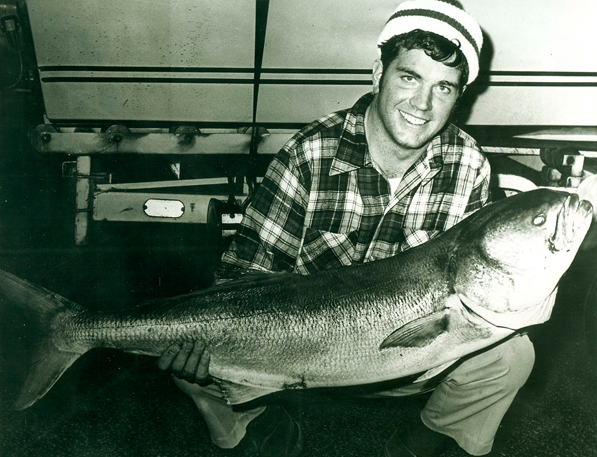 The world record bluefish was caught on Jan. 1, 1972, by James Hussey. Hussey was fishing at Hatteras Inlet in North Carolina, trolling plastic eels when a gigantic bluefish slammed his line. He fought the to-be world record for 15 minutes before hoisting it into the boat. Back at shore, the monster bluefish tipped the scales at 31 pounds and 2 ounces.

Charles Toth caught the Connecticut record bluefish in 1979. Toth was fishing in the waters of Long Island Sound off of Norwalk when he reeled in a 24 pound and 13-ounce bluefish.

Denis Moran caught the Maine record on Aug. 8, 1994. Moran was fishing out of Boothbay Harbor when he hooked up with his blue. It weighed 19 pounds and 6 ounces.

Henry Krook from Durham caught the New Hampshire record on Aug. 23, 1975. Krook was fishing in Great Bay when he landed his 21 pound, 39-inch bluefish.

The New Jersey state record bluefish was caught in 1997 by Roger Katorsky. He was fishing at Five Fathom Bank, which is about 15 miles from Cape May. The shoal there is known for being a go-to bluefish haunt. Katorsky’s blue weighed in at 27 pounds and 1 ounce.

Chris Voorhies caught the New York record bluefish on Nov. 6, 2015. Voorhies was fishing on the south side of Long Island, where a School of large blues were blitzing on bunker. He was throwing a Sebile Magic swimmer from shore when a 25-pound 4-ounce blue hammered his lure. After weighing and releasing the fish, he later learned that it had bested the New York state record by 4 ounces. The previous record had stood since 1998 and was held by Peter Weber.

The Rhode Island record was caught in August of 1981 by D. Deziel from Woonsocket. Deziel’s bluefish weighed in at 26 pounds and was 39 inches long.