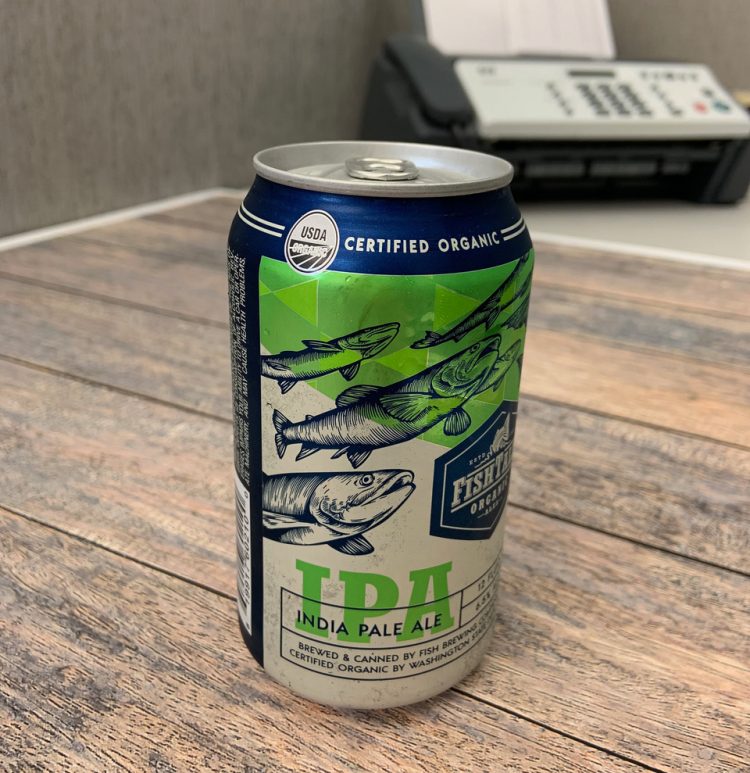 First off, I really like the graphics on the can, this is definitely a fishy beer, featuring a cool illustration of a school of salmon.

As far as the beer itself goes, I’ll categorize it in the “decent” column. It’s not bad, but not outstanding. There’s a nice balance of hops and malt. It has just a hint of bitterness, but is certainly not as bitter as you might expect from an IPA, though it’s quite drinkable all the same. It might be a good IPA for those looking to get into the style, but this isn’t going to wow any hop heads.

It pours with a nice honey-gold color, but suffers from a thin head that dissipates quickly.

It should be noted that this brew is certified organic, which, while admirable, is a bit of a handicap in beer making.

“Enjoyable, but seems more like an ale than an IPA.”
“Little bit flat.”
“Makes me want to go camping.”