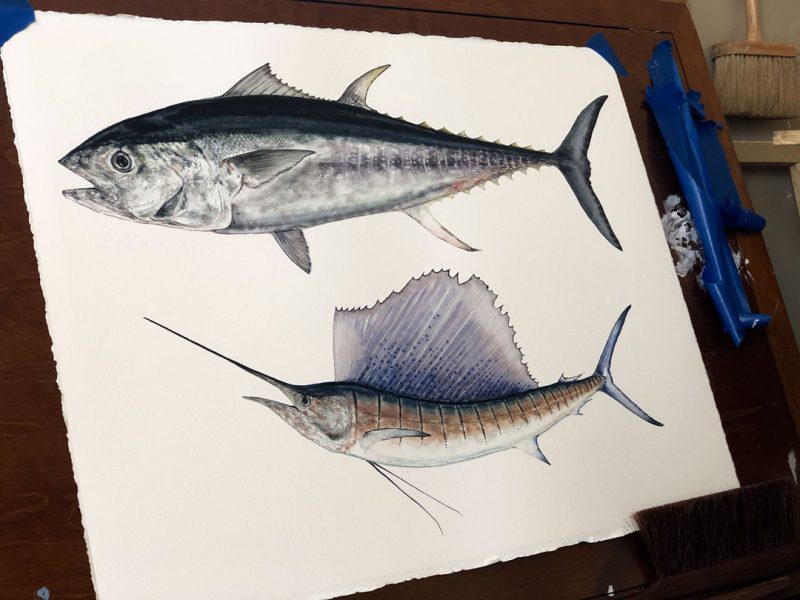 Born in Kansas City, Missouri, Jessi Fikan is a self-taught artist who works in water and oil-based angling artwork. Growing up fishing for trout in southern Missouri, Jessi has always had a passion for the outdoors and being on the water. She became a certified SCUBA diver when she turned 15 and became recertified for the ocean when she lived in California, allowing her to get up close and personal with the fish she portrays in her work. 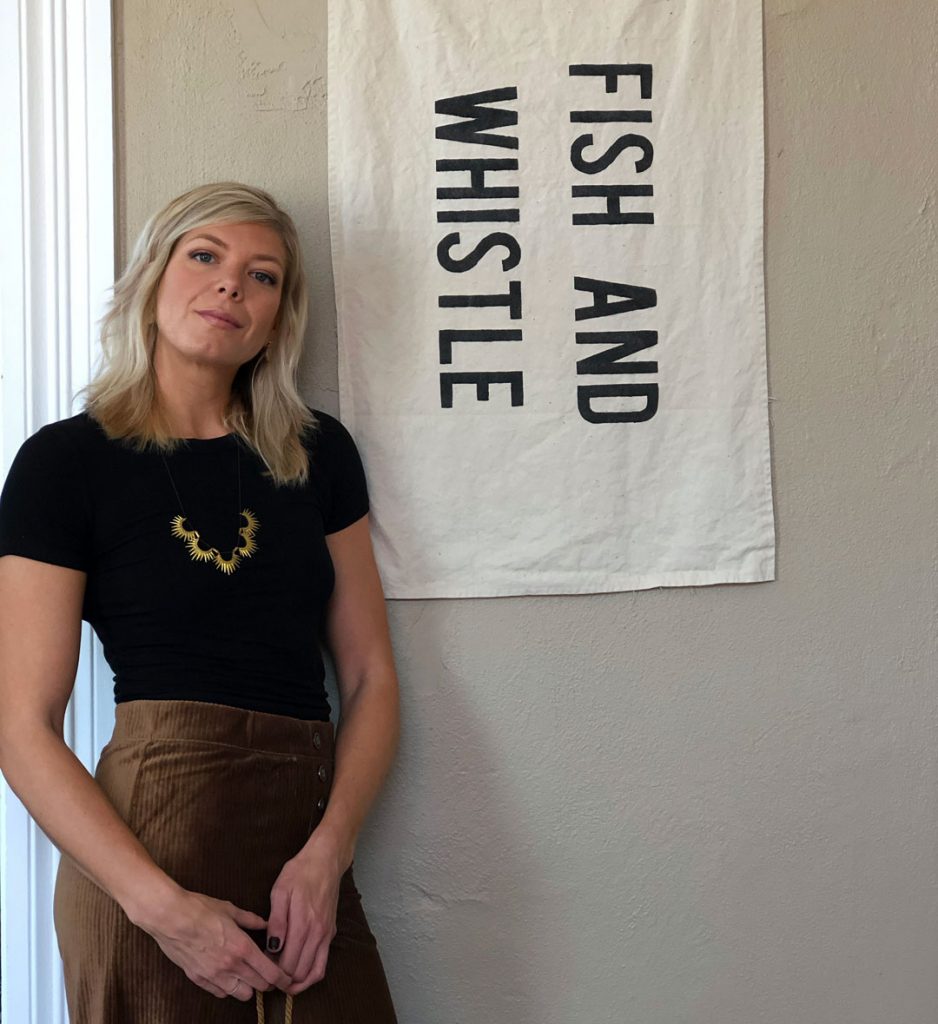 Before pursuing art as a career, Jessi studied British literature and biology in college. In California, she frequently fished for king salmon off the coast, slowly becoming inspired to paint. 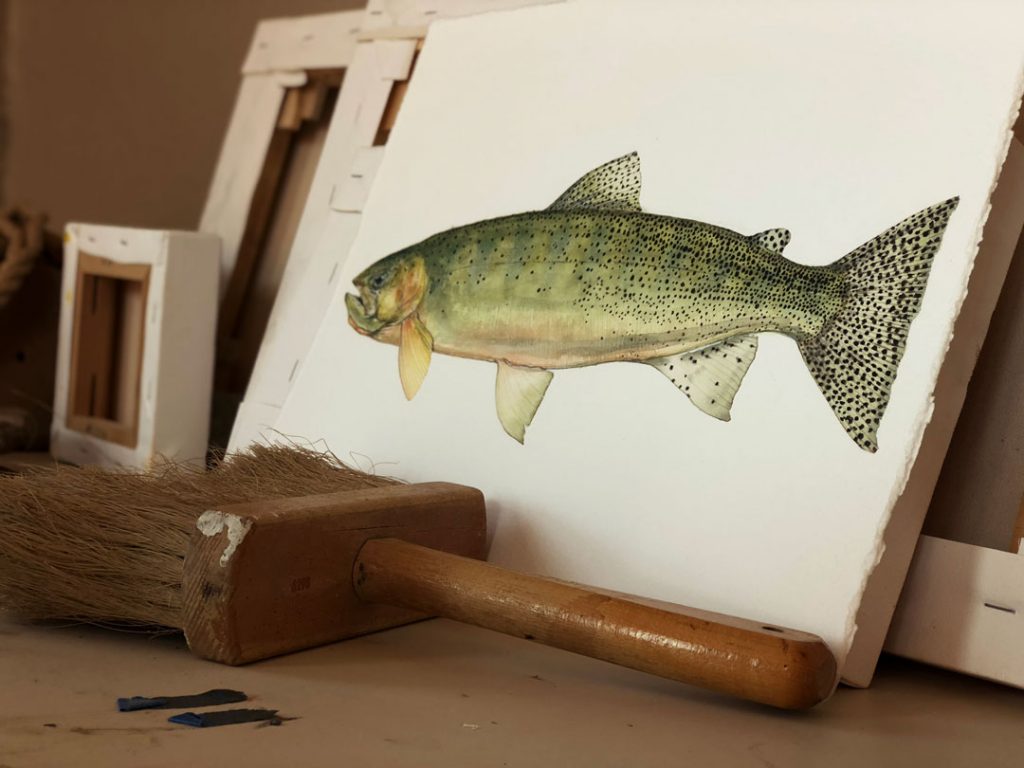 “I’d come home and think the salmon were so beautiful that I couldn’t just take pictures of them, so I started painting them.” 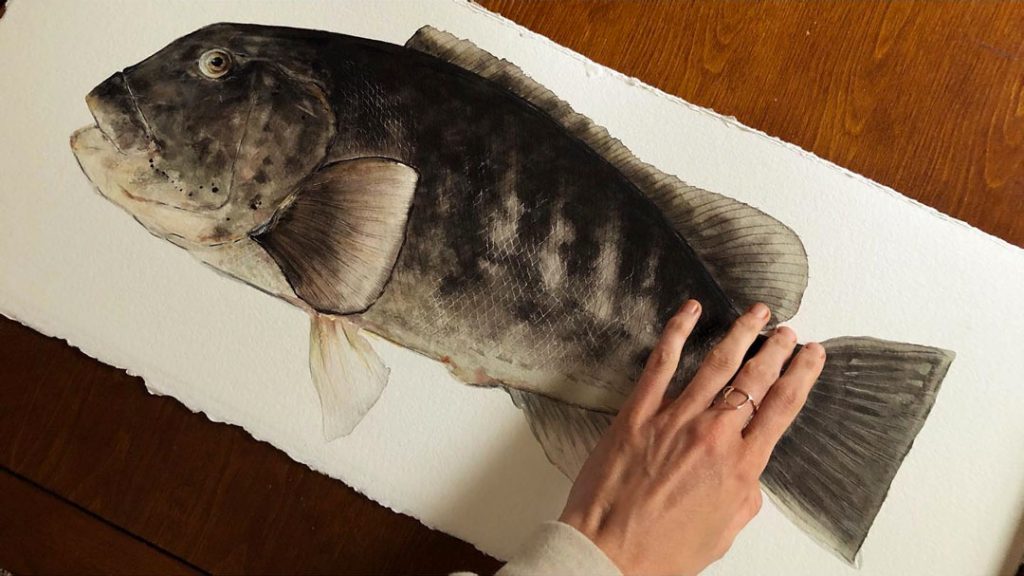 That was years ago. Jessi now spends 8 to 10 hours a day in her studio, working on commissions and painting on her own. The hardest part of her job is finding out what the customer wants, since each person has a different vision for the piece he or she wants created. 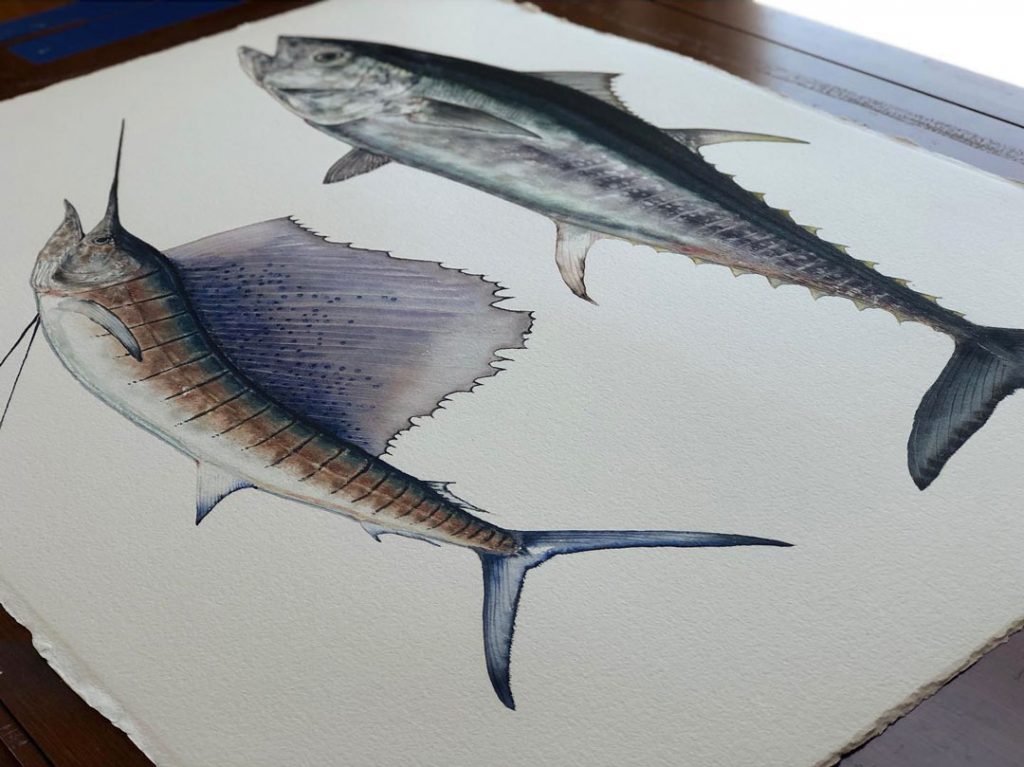 “Most of the time, people know what they want in their minds, but aren’t quite sure how to communicate that,” Fikan said. 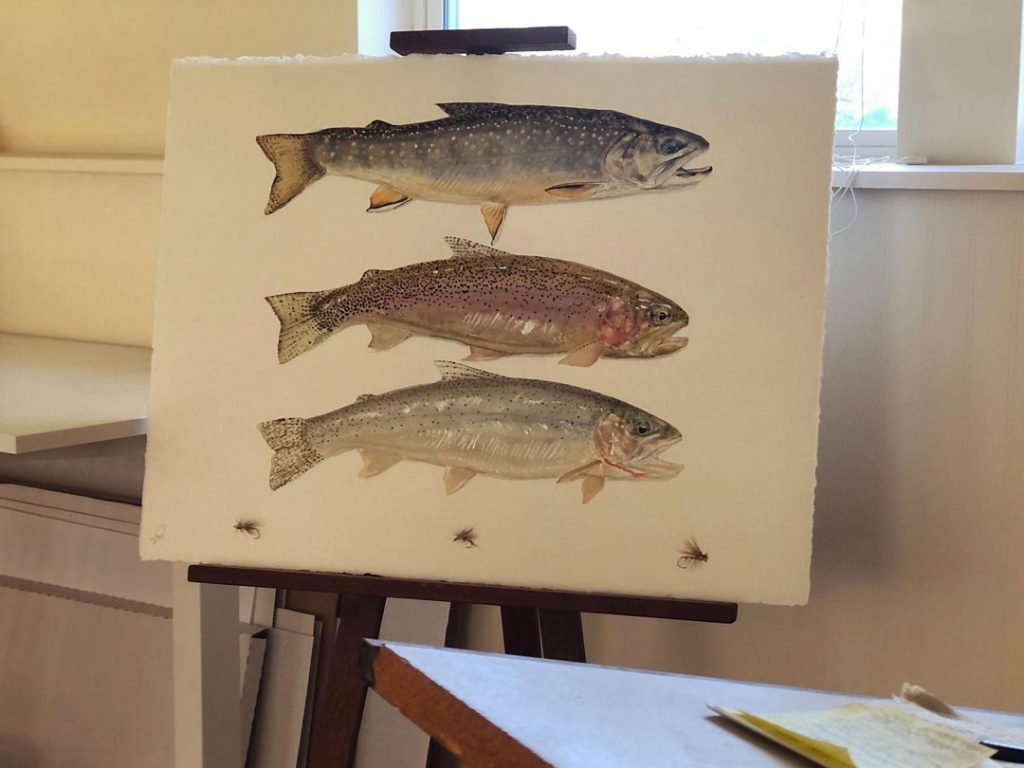 Each painting is unique and, depending on the size, can take days or just hours. 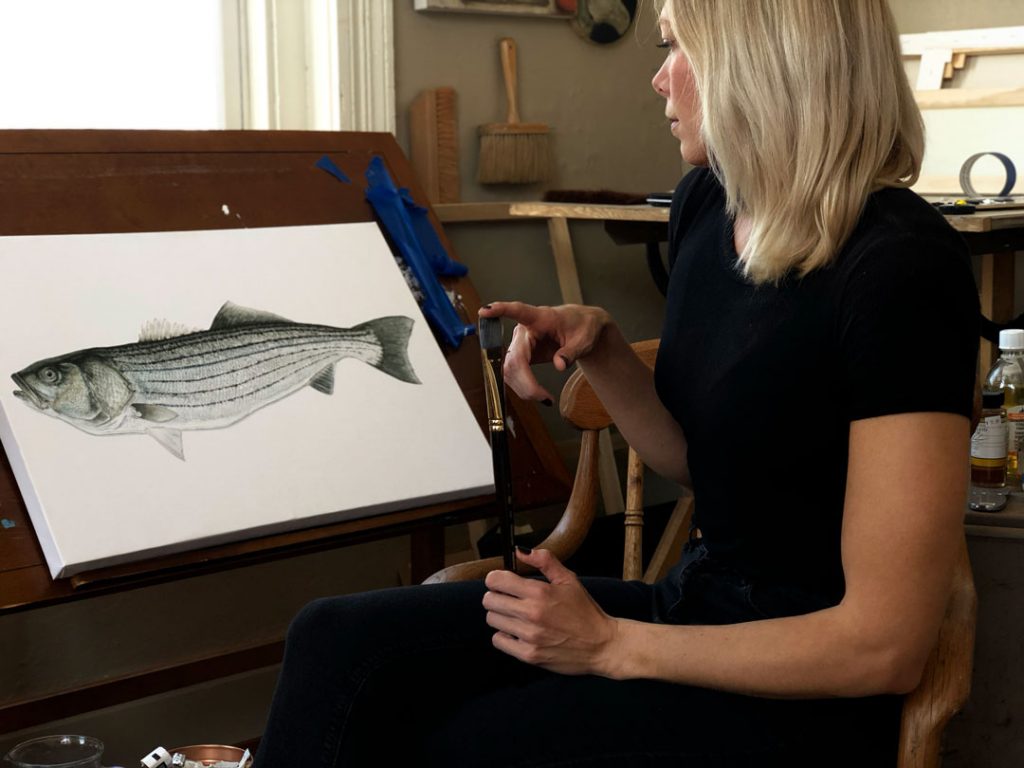 Jessi now lives in Plattsburg, Missouri, where she’s continuing her career as an artist, constantly working on multiple pieces at once, and running operations on her own.