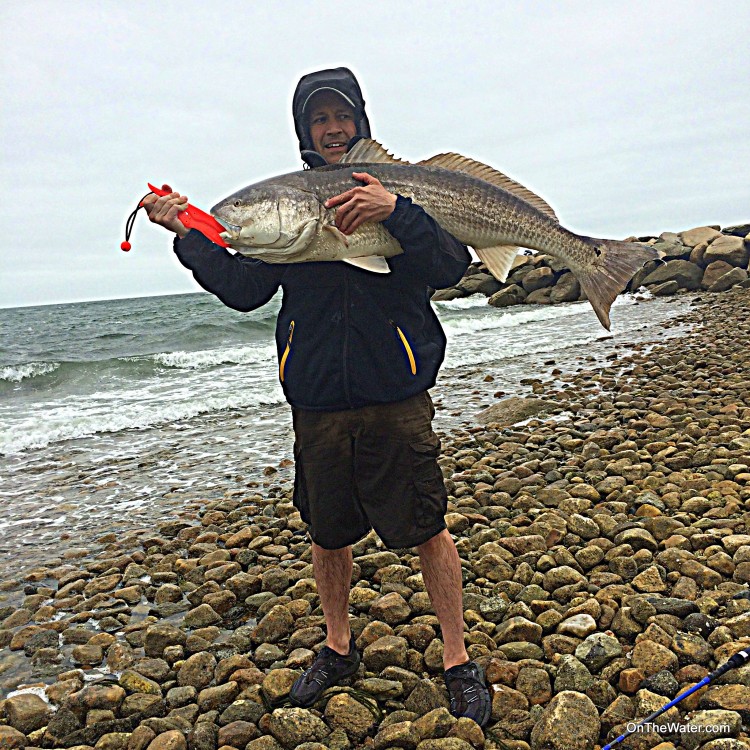 On May 27, angler Chris Cavanaugh, of Norton, Massachusetts, pulled a trophy-sized red drum – a southern species more commonly associated with Florida and the Gulf States – from the chilly waters of Buzzards Bay, Massachusetts. Cavanaugh was fishing from shore near his vacation rental, catching small scup on cut squid, when he ran out of bait and switched to a Berkley Gulp Shrimp. The red drum picked up the Gulp Shrimp and after an epic battle, Cavanaugh measured and released the 45-inch fish, not exactly sure what he had just caught.

Red drum are a rare catch north of New Jersey, but at least two have been reported in New England waters in past 5 years. Some fishery scientists suspect that warming ocean waters could be one reason that red drum are venturing farther north.