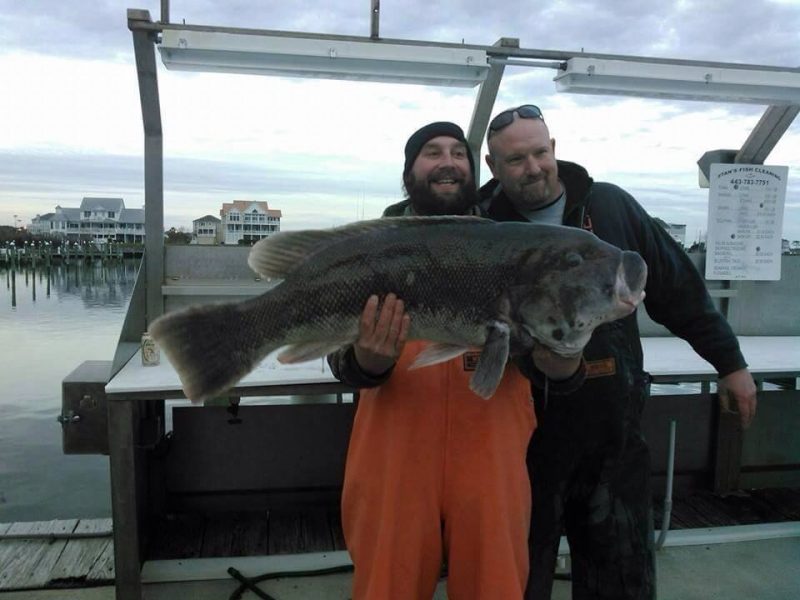 Talk about a good start to the New Year.

Kenneth Westerfeld was expecting a big tautog when he set up on a solid, single-tug lunker bite, back on Jan. 2, while wreck fishing out of Ocean City, Maryland. What he wasn’t expecting was a potential world record at the end of his line.

“We were into big blackfish right off the bat,” explained the College Point, Queens, angler, “and I knew immediately when I set the hook that this was a double-digit white chin. I got three quick turns on the reel and then all I could do was hold the rod high and tight while she dove for the wreck. More than halfway to the top, however, she got a second wind, bore down and tore about 40 feet of line from my drag which was nearly locked tight. I couldn’t believe the power. That’s when I knew this one was more than special.”

When the monstrous bulldog finally hit the deck, Westerfeld was stunned by its size and the other anglers in his fishing party immediately recognized its world record potential. Back at Sunset Marina in Ocean City, the huge white chin officially tipped the scales at 28 pounds, 8 ounces. If its IGFA application is approved, this massive tautog will bump the current record of 25 pounds caught out of Ocean City, New Jersey by Anthony Monica in 1998.

“This one ate a white crab on a snafu rig in 85 feet of water,” said Westerfeld, “and it’s truly the fish of a lifetime. I caught it using a Shimano Torium 14 reel, Calstar custom 7-foot, 2-inch L blank rod and 50-pound Power Pro line.”

Westerfeld was fishing aboard Captain Kane Bound’s six-pack charter boat Fish Bound when the big fish struck. He makes a special trip to the area each year in early January because of the huge tautog that lurk there during the mid-winter winter months.

“My previous best tautog weighed 14 pounds,” continued Westerfeld, and was also caught aboard Fish Bound Charters. My best Long Island tautog weighed 13.25 pounds and came from 17 Fathoms. I wish I could say that more potential world record tautog lurk closer to home, but I’m convinced there’s an even bigger one in Maryland waters. The state just does a great job with its artificial reef program and enhancing fish habitat. You can really see their efforts paying off.” 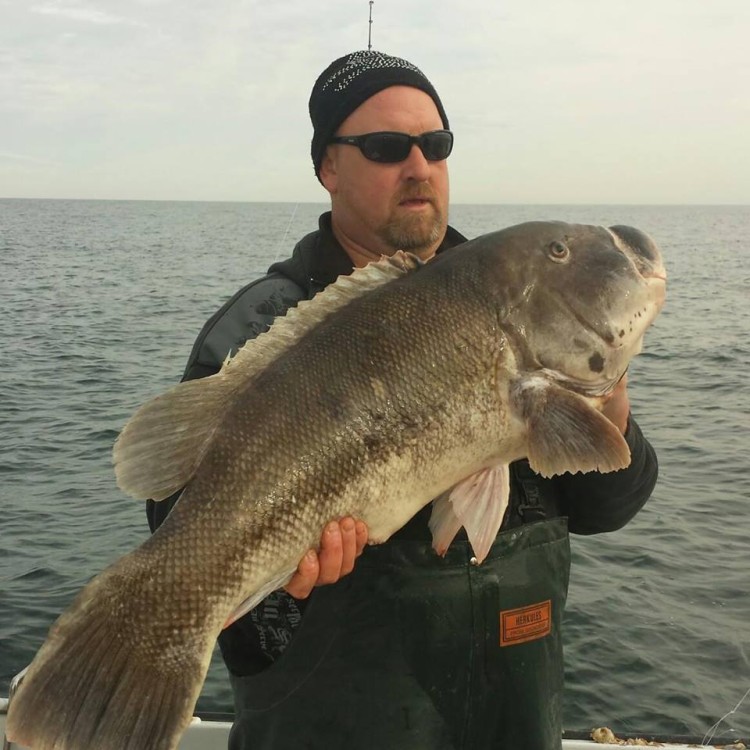 Although Westerfeld, 48, believes his world record tautog, which could be 50 years old or more, is one for the ages, he doesn’t think it’s the end-all of tog records. An experienced wreck diver working another tautog piece off Cape May, he noted, recently reported seeing a pair of monster ‘tog the smaller of which he estimated at over 30 pounds! 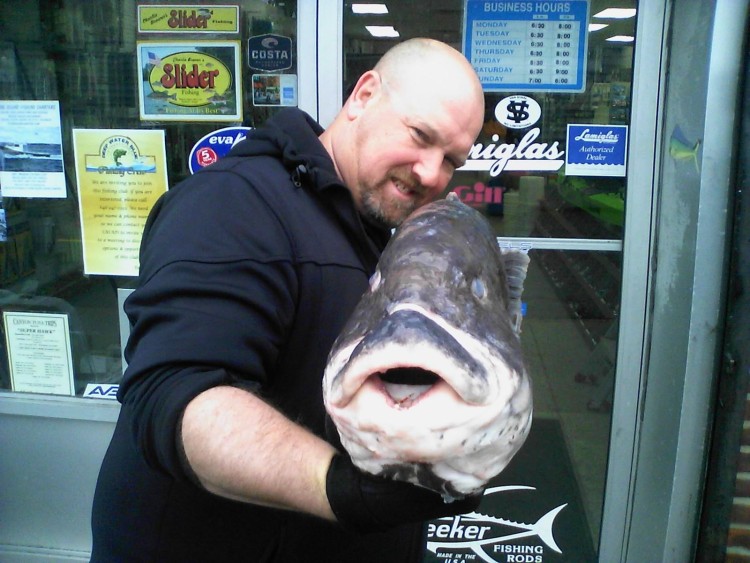 “Fortunately,” chuckled the new blackfish king, I’ve got the Fish Bound booked for life on the first weekend in January. That should keep me in the ballgame and, hopefully, the next record will pick my hook, too.” (photos courtesy Ken Westerfeld) 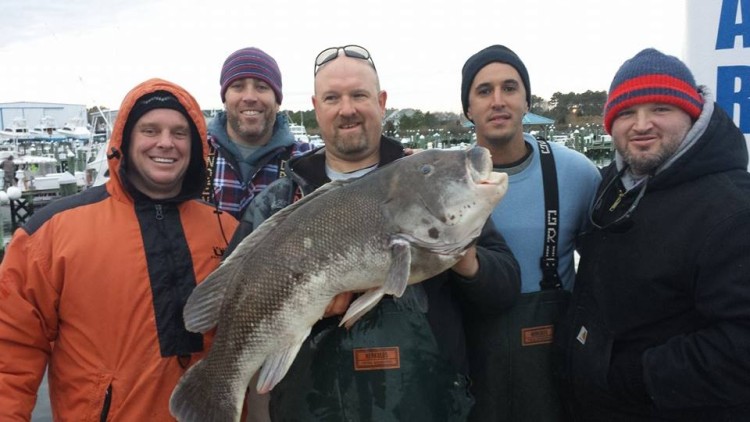