Guides are selected based on the guide layout you’ve decided on for your blank. Different layouts have their own benefits, and some are better suited for specific types of fishing.

The cone of flight layout has long been used for spinning rods and uses increasingly smaller rod guides to gradually narrow the “cone of flight” as the line nears the tip. This system generally uses fewer total guides than other layouts, but the problem with this system is that large, heavy guides usually are used. Many builders, when they test-cast rods, find that the cone of flight system doesn’t improve casting distance when compared to the “new guide concept” layout.

The “concept” layout, popularized by guide manufacturer Fuji, uses significantly smaller guides than the cone of flight layout, but also requires more rod guides. This system is thought to increase casting distance with braided lines on spinning reels. Because braided lines come off the spool with less memory than monofilament, there is no need for a “cone of flight” layout to gradually restrict the line until it leaves the tip. By quickly restricting the braid, extraneous movement is eliminated and casting distance increases. Along this line of thinking, some builders, preferring to use less guides, have adapted the cone of flight layout to use smaller guides to better suit the properties of braided line.
Other benefits of the concept layout include a lighter, more sensitive rod and a smaller “footprint” on the rod blank, which allows the rod the bend more naturally. The downside is that there are more small guides that could potentially be damaged or broken. Also, the small guides don’t pass knots or splices through them quite as well, and they ice up more easily in freezing-cold weather.

Micro rod guides have recently become popular with freshwater anglers. These extremely tiny guides add minimal weight and have the smallest possible footprint on the rod. Micro guides can be used on both spinning and baitcasting outfits. To give you an idea of the size of the micro guides, you could probably fit 10 of the 4.5 size, commonly used as running guides, on a dime!

For baitcasting and conventional rods, spiral wraps, also known as “acid wraps,” have become increasingly popular. The idea of a spiral wrap is to move the line from the top of the rod to the bottom of the rod, reducing the torque on the rod. This keeps the rod from wanting to turn over when you are fighting a fish. Whether or not you believe that reducing torque on a rod is important, the biggest advantage of a spiral system is that you can use smaller lighter rod guides in the tip section of the rod. Spiral wrapped rods look like they would be terrible casting rods, but I can tell you from experience that they cast fine. However, if distance casting is your goal, I would pick another layout.

Now that I have reviewed the concepts behind the build, let me give you the key piece of advice: don’t over think it. Whether you are building the rod yourself or working with a custom builder, start with a design that you like, tweak it to better fit you and your style of fishing, and then consider it just a starting point. Experiment with the rod and recognize that if you don’t like something, you can cut it off and rebuild. I have changed everything on rods I have built, including cutting off aluminum reel seats.

One word of caution: If you do get into rod building, beware. I didn’t start out with the idea that I would end up building myself dozens and dozens of fishing rods, it just happened! And from talking to my fishing friends, I know I’m not the only one who has traveled this same route. We started off fishing factory-made rods, and then realized we wanted a specialized tool, and so we decided to have a rod builder make our first custom rod. Then that day came when we decided to build our first rod… and after that the rods started to pile up! So now it is time to head to the local shop and start bending a few blanks! 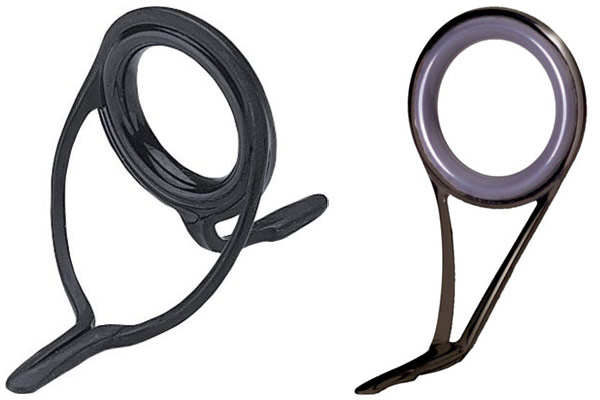 Many rodbuilders like single-foot guides because they have less of an impact on the rod’s action, and wrapping them on the rod requires half the work of double-foot guides. For rods intended for heavy-duty use with large species, double-foot guides are a better choice as they will stay securely anchored and resist twisting, even under heavy loads. 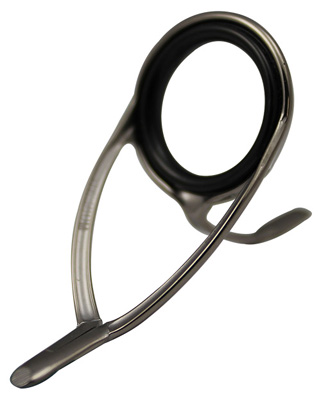 Touted as “tangle free,” these guides are useful on spinning and surf rods that will be used with braided line. Anglers who do frequent casting and retrieving will appreciate the reduced frequency of tangles.

Guides with a ring size of 7 or smaller are considered micro guides. Popular with freshwater bass fishermen, these guides are extremely light and add minimal weight to the rod. Rods built with micro guides often require 10 or more guides to achieve the proper action. 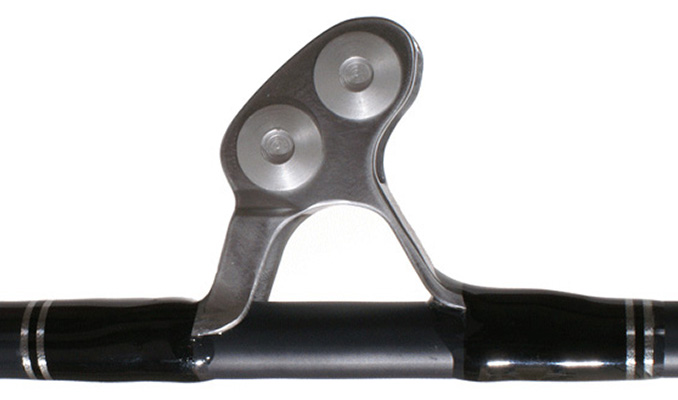 Anglers trolling or bait fishing for big gamefish turn to roller guides to minimize the friction between the line and guides when large tuna or billfish take screaming runs against tight drag settings.