In Pulaski, the heavy rain had just switched over to big wet snowflakes as the temperature plummeted in the late afternoon. Chris Megan and I stood side by side, eyes fixed on the small orange indicator bobbing along in the current. As it floated past the 12 o’clock position, it dove and darted across the current. Chris lifted the 11-foot fly rod and the tip came to life as a steelhead at the end of the line shook its head to rid itself of the chartreuse Estaz fly lodged in its lip. Then the fish turned and burned down-current, ripping line off the reel. We’d been in this situation twice before, but so far, Chris had not landed what would have been his first fly-rod steelhead. The jitters from the first two hook-ups gone, Chris played the fish with a firm but gentle hand, letting it run when it surged, protecting the 5-pound-test tippet and applying enough just enough force to keep it out of the rocks downstream. After some give and take, the 8-pound hen steelhead was close enough for me to grab by the tail, securing Chris’s first steelhead on the fly. 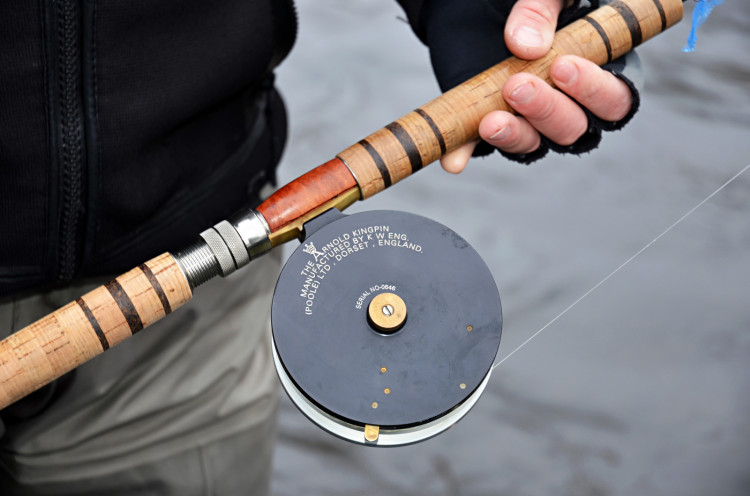 The following day, I had a steelhead first of my own while fishing with Captain Andy Bliss of Chasin’ Tail Adventures. Fishing with a centerpin has been something I’ve wanted to try for years. Among the advantages of float fishing is the fact that it provides a perfectly natural drift, making steelhead more inclined to eat the egg sac or bead at the end of the line.

Fishing with a centerpin reel differs in a number of ways from spinning and fly reels, but the most notable is the lack of a drag. That means when a fish hits, it’s up to the angler to feather the spool with his fingers to provide tension without breaking the light leader. Too much and the fish will break off; too little and the reel will backlash or the fish will use the slack line to spit the hook. Unsurprisingly, I lost my first steelhead of the day when I set the hook too late and was too light on the drag. The second fish stayed on long enough to get to the net, but not without some panic inducing moments when I would be too light on the drag and then overcompensate by clamping down, straining the line to the breaking point. But the hook held and my first centerpin steel was in hand. 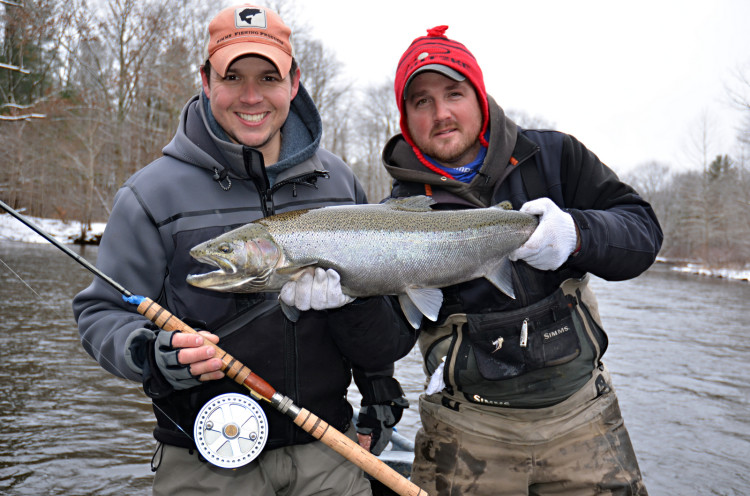 Centerpin float fishing is a fun and exciting (not to mention deadly) way to fish for steelhead, one I became immediately addicted to. Andy’s instruction helped me go from never having fished a centerpin at the start of the day to being pretty comfortable with one by the time we reached the pullout. I can’t wait to go float fishing again—so much so that instead of catching up on work from three days out of the office like I should be, I’m cruising the internet for a used centerpin outfit to buy before my next trip to the Salmon River. 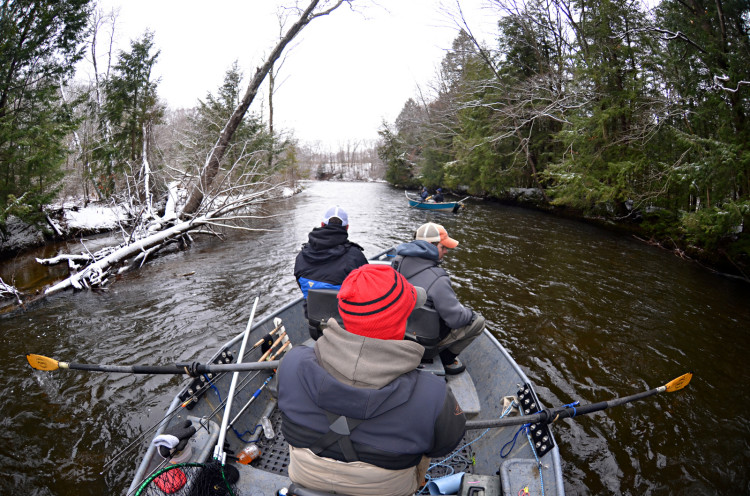 For more information on centerpin fishing, check out an upcoming issue of On The Water Magazine for an article on the technique by Captain Andy Bliss. Also, tune in to season 12 of On The Water TV for an episode on late December steelhead fishing on the Salmon River.