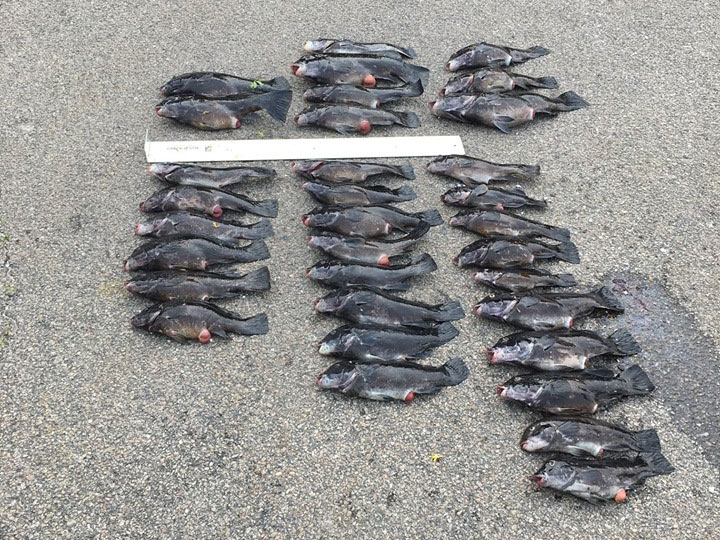 On Saturday, June 1, 2019, officers from Rhode Island DEM’s Division of Law Enforcement (DLE) seized 33 tautog – 24 were under the minimum size allowed and over the legal amount allowed – from three recreational anglers fishing from the shore from Ocean Drive in Newport.

The legal possession limit for the recreational take of tautog is 3 fish per person, per day from April 15 to May 31 – the season is closed from June 1 through July 31 after which it reopens. The minimum size allowed is 16 inches. All three men were cited for the violations and the fish were seized and donated to Amos House, the Providence-based social services agency that runs the state’s largest soup kitchen.