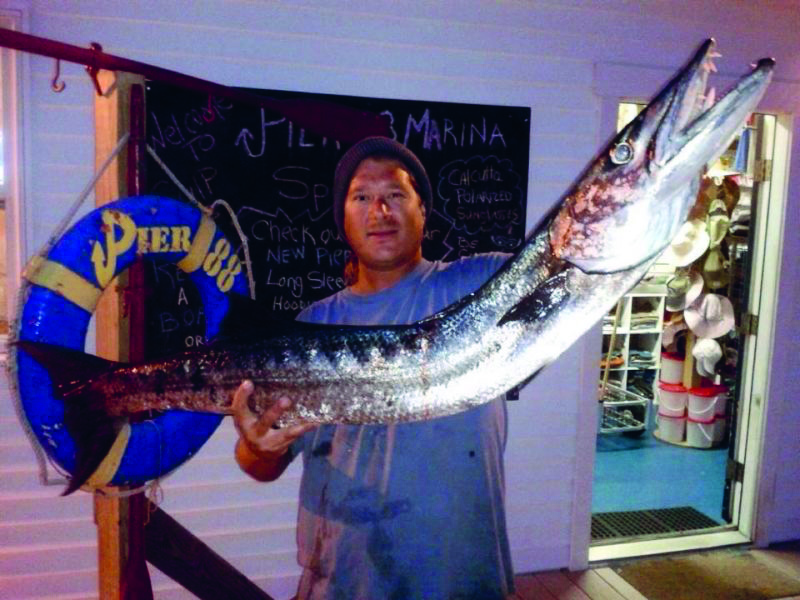 Striped bass, bluefish, albies, and other fish are traditional catches in the waters of New England. However, some fish follow the Gulf Stream north and make their way into fishing reports. Here are a couple of the more exotic and unusual catches from the summer of 2018.

In July of 2018, fishermen targeting bluefish and bonito began to encounter juvenile king mackerel. The fish were feeding on peanut bunker in areas of extremely warm water and were so abundant in some areas that fishermen were able to target them. In fact, On The Water TV filmed an afternoon of king mackerel fishing on Cape Cod during which more than a dozen of these sleek silver fish were brought to hand.

In September of 2018, The Local Catch reported a 70-pound cubera snapper turning up in a fish trap off the West Wall at Point Judith, Rhode Island. This was the second cubera snapper caught in the northeast in recent years. The first was a 25-pounder caught on Island Beach State Park in New Jersey in 2015.

In late August of 2018, Rick Shelter caught a 55-inch barracuda off Townsend’s Inlet with a bucktail jig.

The Northeast saw a huge influx of small Atlantic bonito in 2018, but the most surprising part of this invasion was how far north the fish were caught. In September, schools of 8-to-10 inch bonito were found mixing with mackerel all the way up in Maine, and they remained in big numbers in the Northeast through the end of October when fishermen in New Jersey caught them while targeting false albacore.

In August, Mike O’Neil hooked and lost an estimated 40-inch tarpon at Great Point on Nantucket. The fish hit a metal jig cast out for bluefish, but threw the hook on one of its acrobatic leaps.