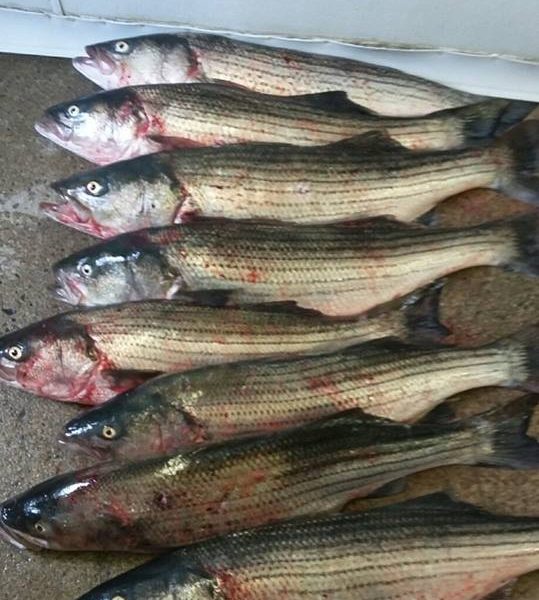 The Massachusetts Environmental Police have caught several individuals for poaching striped bass over the past two weeks, sharing these violations on social media. Publicizing these violations lets potential poachers know that there are consequences and encourages law-abiding fishermen to report them.

If you see someone violating a fisheries regulation, make a call to your state EPOs. 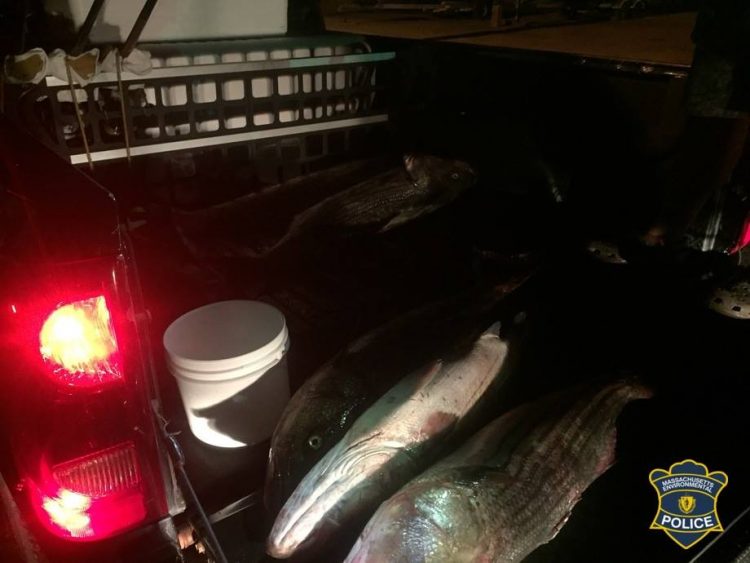 On Monday, June 26, 2017, a Massachusetts Environmental Police Lieutenant was on a marine fisheries patrol in the town of Sandwich. At approximately 11:30 p.m., the Lieutenant observed a pickup truck stop at a temporary commercial striped bass dealer location.

The Lieutenant approached the male operator of the truck and asked if he had any luck. The party stated he had caught five striped bass; the lieutenant subsequently asked the operator where he was fishing, to which the operator responded – in the surf by the canal. The operator presented the Lieutenant his Massachusetts Division of Marine Fisheries Boat Permit with an endorsement for striped bass. The Lieutenant advised the male party that because he was fishing from shore, he was in violation of the commercial striped bass regulations which state: “while fishing from shore or any location other than the registered vessel listed on the permit may not possess, land, offer for sale or sell more than two striped bass per day.” 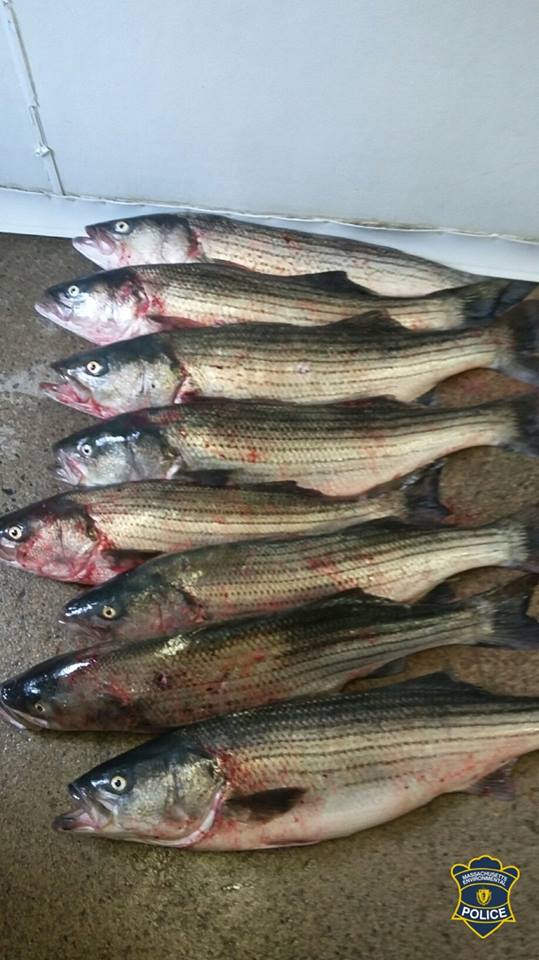 Prior to the opening of commercial striped bass season, a Massachusetts Environmental Police Officer on patrol in Marshfield found two persons fishing commercially for striped bass. The fish were seized and sold at auction; the two individuals were criminally summonsed. 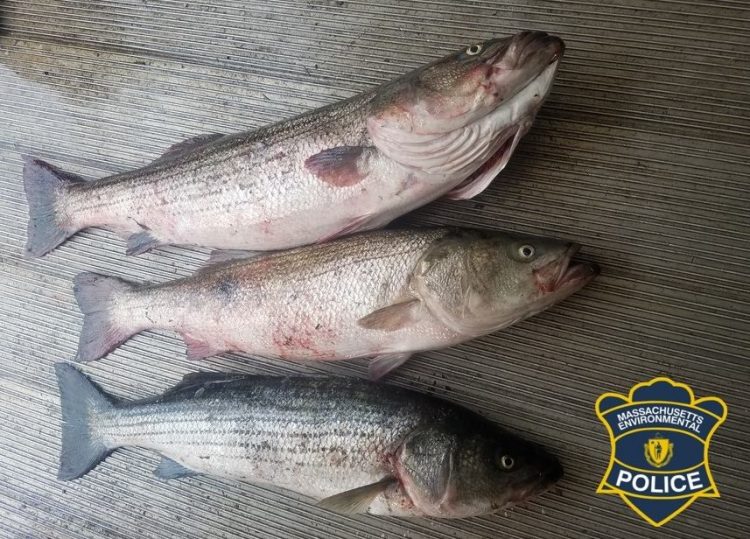 On Tuesday, June 27, 2017, Massachusetts Environmental Police Officers responded to a report of an individual taking over the limit striped bass along the Cape Cod Canal in Bourne and storing them in his vehicle. Upon arrival to the scene, officers located the individual actively fishing. Officers subsequently approached the man; during their discussion, the man indicated that he had not caught any fish that day. When asked for his fishing license, the man indicated it was in his vehicle. Officers then met the man at his vehicle; in plain view was a large cooler. Officers asked the man if there were fish in the cooler, he then opened the vehicle and showed officers three large striped bass on ice.
Officers subsequently placed the 38-year old male under arrest for failure to display catch on demand, over the limit striped bass, and *one count of a commercial fisherman in possession of a commercial fish without its right pectoral fin cut. The individual was transported to the Massachusetts State Police Barracks in Bourne for booking.
*Any striped bass over 34” possessed by a fisherman on a closed commercial day must have its right pectoral fin completed cut off. This law was passed to prevent fisherman from “stocking up” on striped bass on closed fishing days. 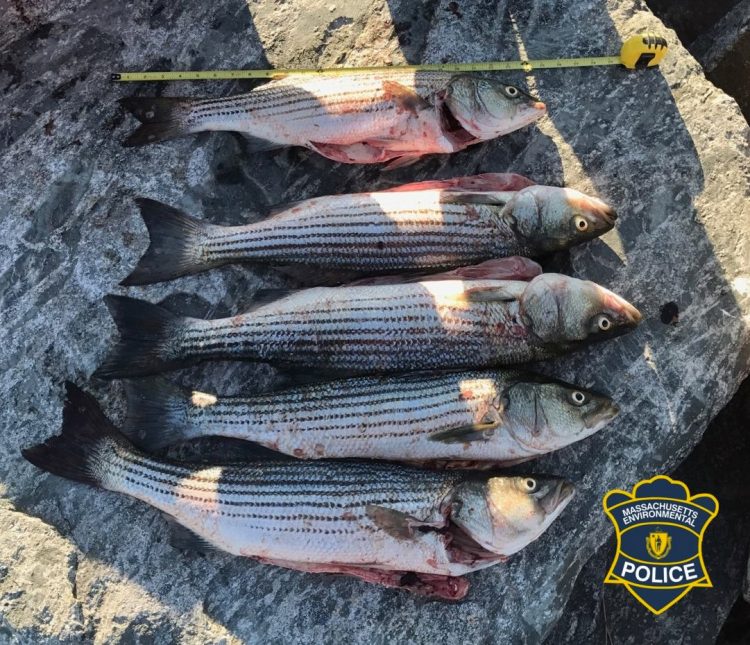 On Wednesday, July 5, 2017, Massachusetts Environmental Police Officers assigned to the North Coastal Bureau received a tip that individuals were taking undersized striped bass off the Plum Island jetty in Newburyport. Officers encountered two individuals leaving the jetty and discovered they had 5 fish in their possession, 3 of which were under the legal size of 28”. One individual was issued a summons for fishing over the limit, undersized fish in possession, and having no fishing license. The fish and fishing gear were seized.