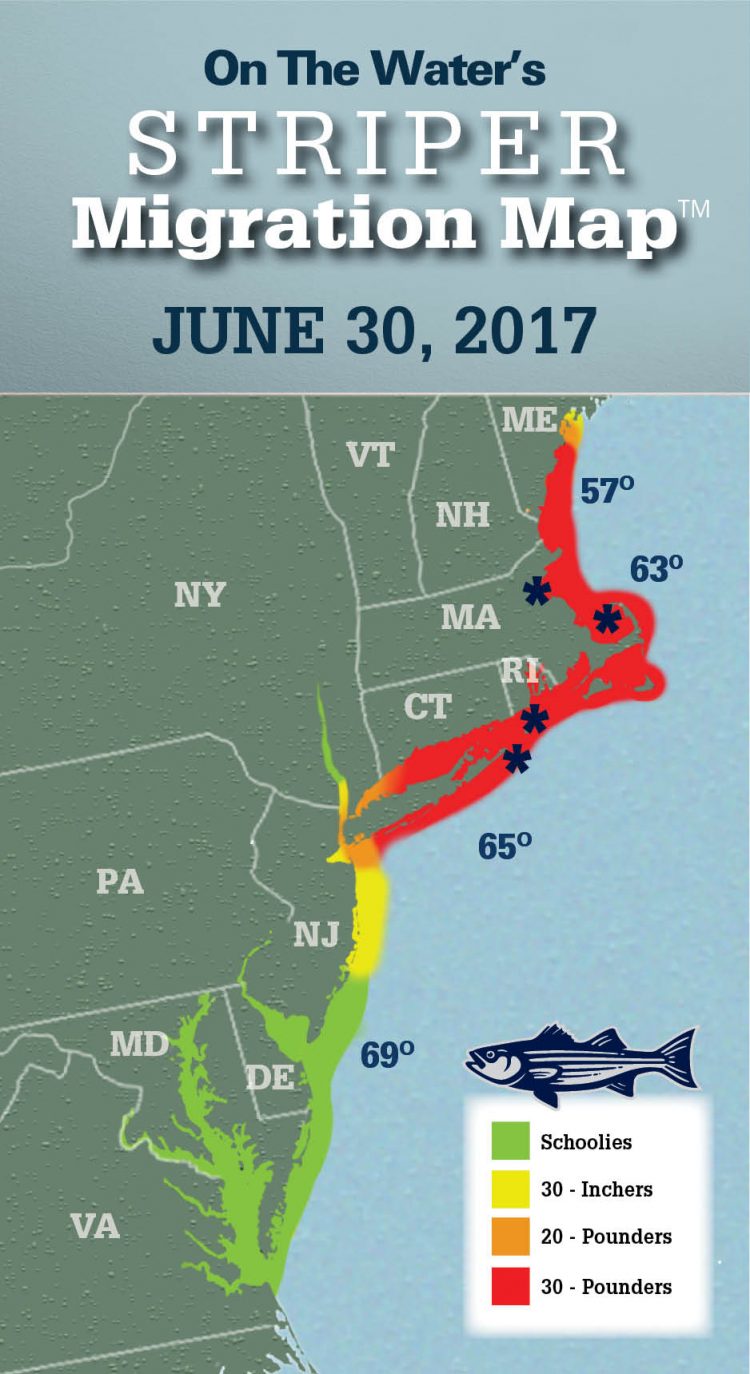 Now that bass have mostly settled into their summer haunts, this will be our final Striper Migration Map of the season.

Long Island is still holding big stripers around the bunker schools, but the most consistent action has shifted east toward the waters off Montauk.

In Connecticut, the striper fishing has picked up a bit after a slow spring. Fishermen are catching at the Race and around the Connecticut River.

In Rhode Island, the bulk of the large stripers seem to have shifted to Newport and over to Block Island. Fishing is improving around the Watch Hill Reefs as well.

The Cape Cod Canal has given up some big bass over the past week, and there has been an excellent bite (and plenty of boat traffic) at Race Point and around to the backside of the Cape.

Some very large stripers are being caught just north of Boston Harbor and on the North Shore of Massachusetts. The big bass moving through the Cape Cod Canal should reappear along the coast this week.

The New Hampshire Seacoast up to Maine is seeing more consistent large fish as well, but the bite has shifted out of the rivers and onto the beaches.