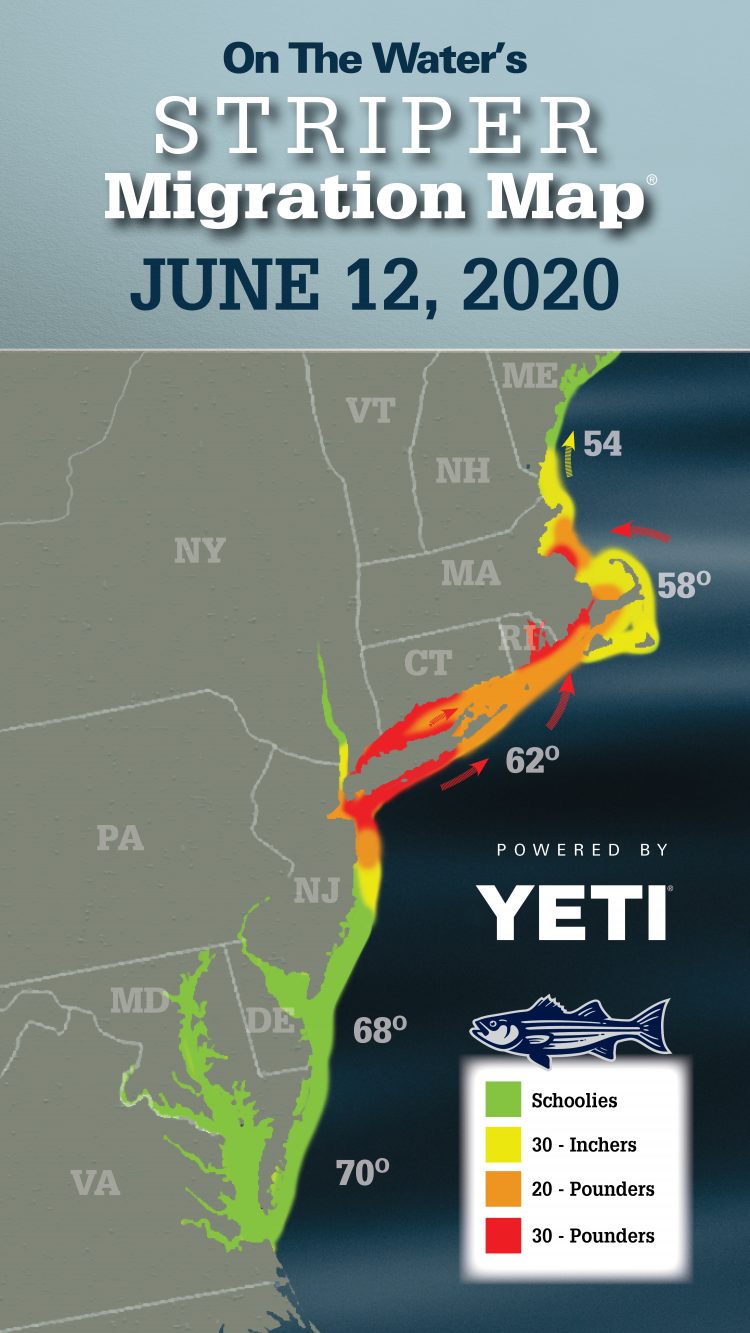 Note that there were some significant changes to striped bass regulations this year.

Spawning-class fish have left the bay, so fishing has slowed. The water temperature in the middle bay is holding at about 72 degrees and still offers comfortable conditions for striped bass. On June 17, Maryland DNR will begin reporting their Striped Bass Summer Fishing Advisory Forecast, aimed at reducing striped bass mortality during the summer fishing season. A color-coded recommendation system will advise of fishing conditions, allowing anglers to plan their striped bass fishing trips up to seven days in advance. As bay water temperatures climb into the 80s and deeper waters may be impacted by plankton bloom die-offs, this information will be very important to anglers wishing to conserve the striped bass resource in Maryland.

In the Hudson River, water temperatures are rising and the spring striper run has come to an end as post-spawn stripers have left the river. There is still some fun to be had with school-size stripers.

On Long Island, big post-spawn bass to 50 pounds are spreading out in Western Long Island Sound and along the south shore as they feed on abundant bunker (menhaden).

Big bass have moved into Western Long Island Sound, and stripers to 30-plus pounds are feeding on bunker in Narragansett Bay.

Big bass in the 30- to 40-inch range are showing up around bunker schools in Buzzards Bay, and a few pockets of bass to 30 pounds have shown up north of the Cape around Boston and the North Shore – however, schoolies still dominate catches in most locations.

Fresh migrating stripers have filled in with rivers in New Hampshire and southern Maine loaded with 22- to 26-inch schoolies.