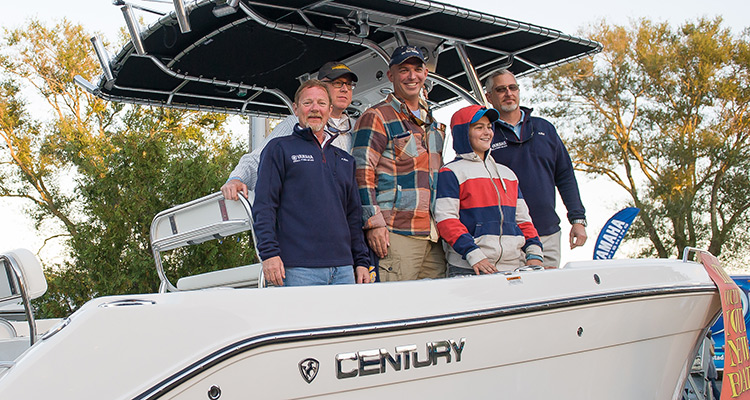 Striper Cup participant Steve Duvel of Barrington, Rhode Island, wasn’t even sure that he was going to make it to StriperFest this year. It had been a long week, the lawn needed to be mowed, and his fishing buddy had a Saturday doubleheader.

However, his 11-year-old son Owen had been looking forward to StriperFest all season and wasn’t going to let him off the hook.

“I told him that he had a commitment to his baseball team,” said Duvel. “He told me, ‘I already talked to my coach, and he said they had enough players for the second game. So, drop me off at the beach to fish this morning, then I’ll play the first game, and we’ll go to StriperFest after that.’”

It was Steve and Owen’s second year participating in the Striper Cup. In 2015, Steve’s brother-in-law sent him to the On The Water booth at the New England Saltwater Fishing Show in Providence, Rhode Island, telling him he “HAD to” sign up for the Striper Cup.

“I signed us up, and it was worth it for the entry packages alone,” said Duvel. “Then we went to StriperFest, and Owen had a blast.”

At the fishing show in Providence this year, it was Owen who made sure they went to the On The Water booth to sign up for The Striper Cup.

“He was really excited to be part of the catch-and-release side of the tournament—all season, he was looking for that keeper-sized fish he could enter,” said Duvel. 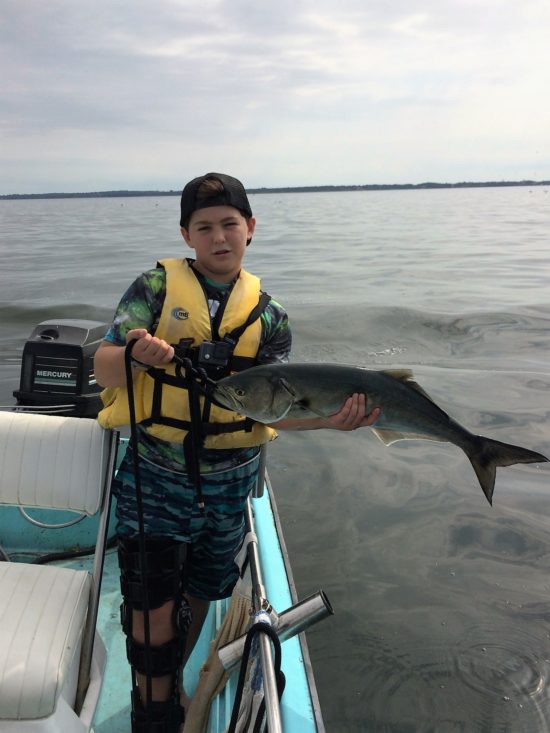 Steve and Owen do most of their fishing from shore and from the family’s 1964 17-foot Boston Whaler, which Steve says is “held together by epoxy and duct tape.” They never got the chance to submit a fish, although Owen came close with a 24-inch bass he caught and released from shore at Block Island.

At StriperFest, they dropped off Steve’s golden ticket, which all adult Striper Cup participants receive as entry into the grand-prize boat drawing. Then, they checked out the lure demos, ate chowder and burgers, tried the casting competition, and Owen jumped from the inflatable cliff jump.

“We had a great time,” said Duvel. “For the awards ceremony, Owen made sure we got close to the stage. He wanted to be right up front for when freebies are tossed into the crowd. And, he loves seeing the youth anglers up on stage and is blown away by the big striper mounts.” 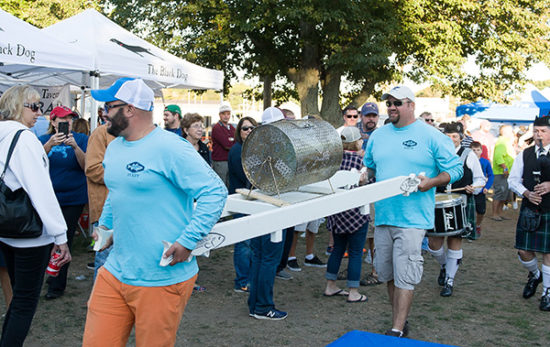 When a bagpiper and drummer led the tumbler full of golden tickets through the crowd and to the stage, Steve reached out and gave the tumbler a good-luck tap as it went by. Twenty minutes later, Chris Megan, publisher of On The Water, pulled the golden ticket onstage and announced the hometown of the winner – Barrington, Rhode Island.

“It took my breath away,” said Duvel. “Owen looked up at me and asked, ‘Do you think it’s us?’ And then when they said my name, it didn’t seem real. I was overwhelmed, so pumped, so shocked, so blessed, so lucky.”

To say Steve and Owen are looking forward to next season is an understatement. “It’s a dream boat. It really is,” said Duvel. “I have two daughters, 15 and 13, and this boat is the perfect size for a family boat, to bring friends out, to get us all out on the water together.”

“And, next year, I’m going to fish like a madman.” 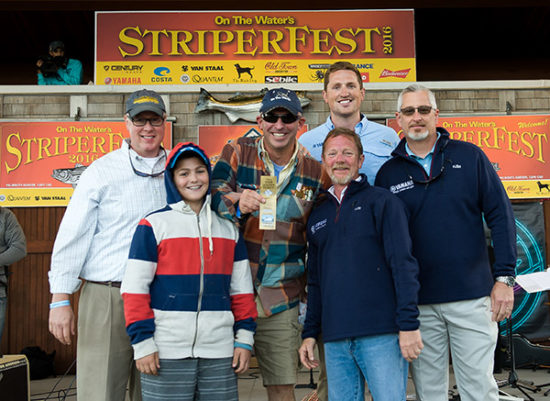 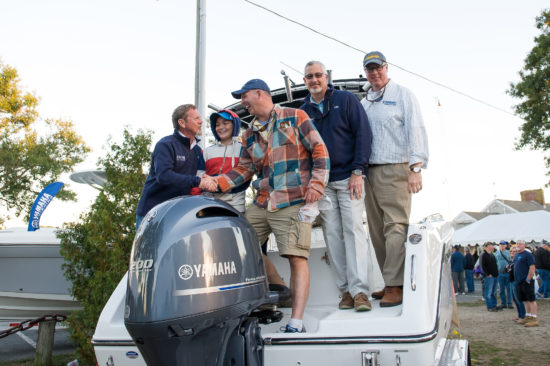