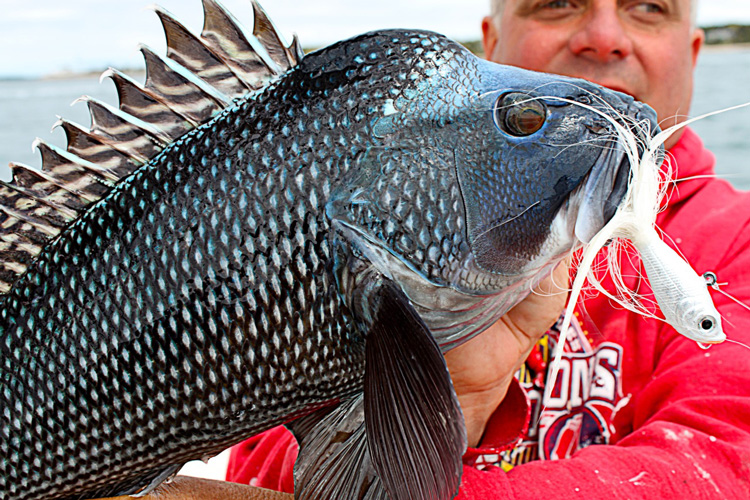 The Atlantic States Marine Fisheries Commission’s Summer Flounder, Scup and Black Sea Bass Management Board has approved increases to the 2016 black sea bass commercial quota and recreational harvest limit (RHL), with the commercial quota now being set at 2.71 million pounds and the RHL at 2.88 million pounds. These increases are consistent with actions taken by the Mid-Atlantic Fishery Management Council in October. The increased quota for black sea bass was based on updated catch and survey information. A black sea bass benchmark stock assessment is underway for completion in December 2016.

In 2014, the Board approved Addendum XXV to shift away from traditional use of state-by-state harvest targets under conservation equivalency to use of an alternative regional strategy for managing summer flounder recreational fisheries. Based on its success in keeping recreational harvest within the RHL and providing greater regulatory consistency among neighboring states, this strategy was extended for use in 2015. State-by-state harvest targets previously utilized under conservation equivalency created difficulties for some states as overages occurred due largely to state shares and limits not reflecting local summer flounder abundance and its availability to recreational fishermen. In 2014 and 2015 management regions were the following: Massachusetts; Rhode Island; Connecticut-New Jersey; Delaware-Virginia; and North Carolina.

The Draft Addendum also will propose the continued use of regional management for the 2016 black sea bass recreational fishery with a northern (Massachusetts – New Jersey) and southern region (Delaware – North Carolina). The regional management approach has been used since 2011 and offers advantages over coastwide regulations by addressing geographic differences in the stock (size, abundance and seasonality) while maintaining the consistent application of management measures by neighboring states.

Draft Addendum XXVII will be presented to the Board for its consideration and approval for public comment at its joint meeting with the Council in December. At the December meeting, the Board and Council also will consider black sea bass and scup federal management measures for 2016. For more information, please contact Kirby Rootes-Murdy, Fishery Management Plan Coordinator, at krootes-murdy@asmfc.org or 703.842.0740.