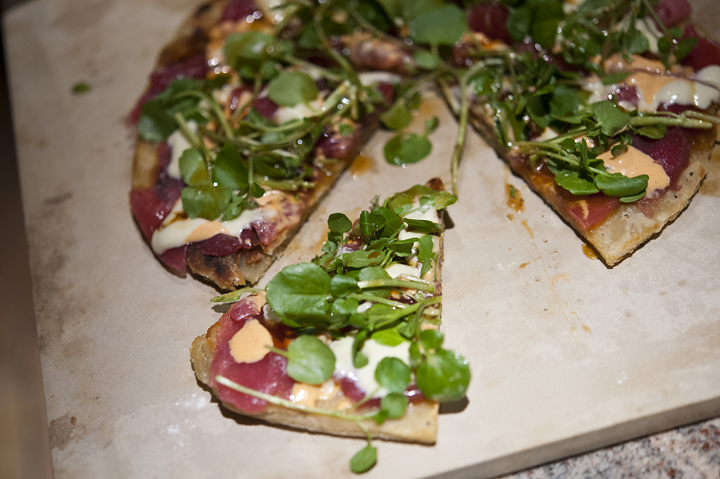 When your cell phone rings, it could be anything from a long-awaited invite to go fishing, news that some fresh fish is coming your way, or the dreaded, “I need help moving” call. I recently recieved all three of these calls, and the outcome was one of the most unique and amazing culinary experiences of my life.

The first call was my mother reminding me that my services were needed over the next few weekends to help her finish moving.  Next, my co-worker, and  fellow fishin’ mission co-conspiritor, Jimmy Fee, floated the idea of a late-season canyon party boat trip, which I had to regretfully decline. The only good thing to come of said commitment (other than the gratification of helping the person who brought me into this world) was that my efforts were rewarded with a trip to one of my favorite restaurants; Dalat on Nantasket, located in my hometown of Hull, Massachusetts.

After my buddies caught wind that I ate there earlier in the night, they asked if I tried the new “tuna sushi pizza.” If I wasn’t well accustomed to Dalat’s innovative sushi dishes, I’d have said “Tuna Pizza” made with sushi doesn’t sound all that palatable. But I knew I had to try their Japanese fusion take on pizza. When I went back for round two of helping Mom move the following weekend, we went back to Dalat to try the Dalat Tuna Pizza and here’s what landed on our table. 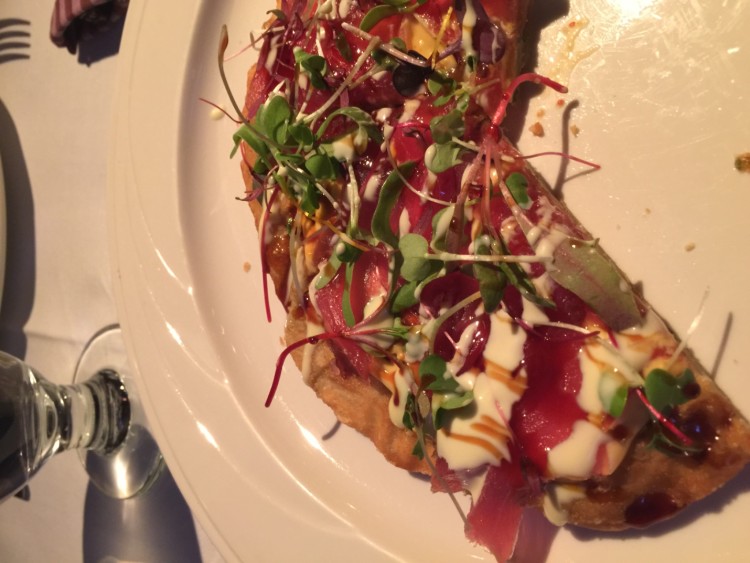 From the first bite to the last, it was the most ridiculously awesome sushi-related appetizer I have ever encountered—and of the most uniquely incredible tastes ever delivered by a slice of pizza. My taste buds were in heaven from the cool, delicious tuna sashimi, coupled with the explosion of sweet and spicy  sauces, finished of by a crunchy and chewy combination of the crust and micro greens. I spent the next few days raving about how awesome this pizza was. I believe I used the term “lifechanging”, then the third call came. It was Jimmy, calling to  let me know I’d have some fresh bigeye tuna coming thanks to a 200-pound-class corker he boated on his trip.

The first thought that crossed my mind was tuna pizza! I shot a quick text to my buddy, one of the head chefs at Dalat on Nantasket, asking him to steer me in the right direction, and I was off, running around Falmouth for the ingredients. The following day I made the announcement at work that I’d be attempting to recreate the tuna pizza I’d been raving about and that all were welcome to give it a try.

First I made a simple scallion pancake, and with the help OTW Graphic Designer, Eddy Stahowiak, sifted six cups of flour through a confectioners sugar duster.

While the pancake dough was resting for 30 minutes, I prepped the three sauces, a spicy mayo, wasabi mayo, and eel sauce before slicing the bigeye tuna steak as thin as possible.

Once the dough was rolled out, seasoned, scallions added, and brushed with the oil mixture the recipe called for, it was time to take it to the frying pan. The goal here was to make a pancake large enough to be the crust of the pizza to which I sized to fit in a 12-inch non-stick pan.

Once the crust had a nice crust on the outside with a chewy center, I removed it from the pan and covered the entire crust with one layer of thinly sliced big eye tuna sashimi.

I filled small Zip-Loc bags with each mayo mixture and snipped off the corner to drizzle of each type of mayo on top of the layer of tuna. The pizza is then finished off with some micro greens – for which I used watercress. The sweet eel sauce, also drizzled from a Zip-Loc bag, was the final touch before cutting with a pizza cutter and serving.

VOILA! The final result was just as delicious as the original. Like they say, “imitation is the sincerest form of flattery”.

Eddy suggested we use some of the leftover scallion pancake dough to make finger bites, that consisted of one slice of tuna, a dollop of each of the two mayos, a small clump of micro greens, finished with a drizzle of eel sauce. These were just as good and would make for a true show stopper at any get together that would be sure to impress at everything from a wedding to “Sunday Funday.” 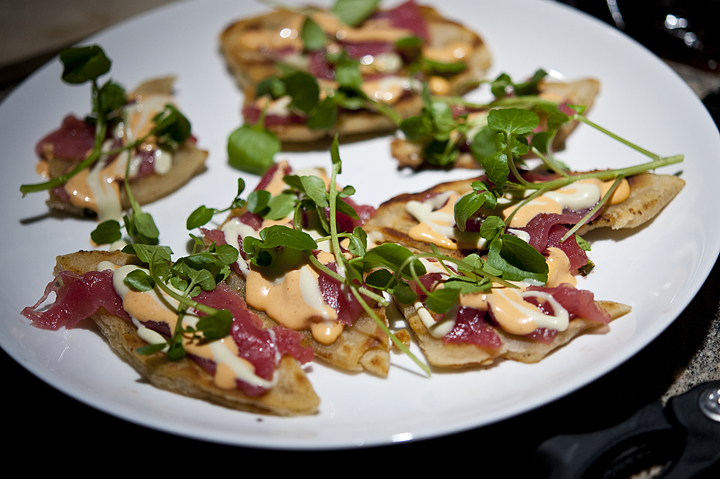 Great people and great food always makes for an enjoyable time! Making the pizza turned out to be a good bit of work, but work that I’d consider fairly simple. The next time you have some fresh tuna on your hands, just look up recipes for a scallion pancake, spicy sushi mayo, wasabi mayo for sushi, and eel sauce or unagi sauce, grab some micro greens, and impress your guests with a super creative Tuna Sashimi Pizza—or just head to Dalat On Nantasket for the real thing.