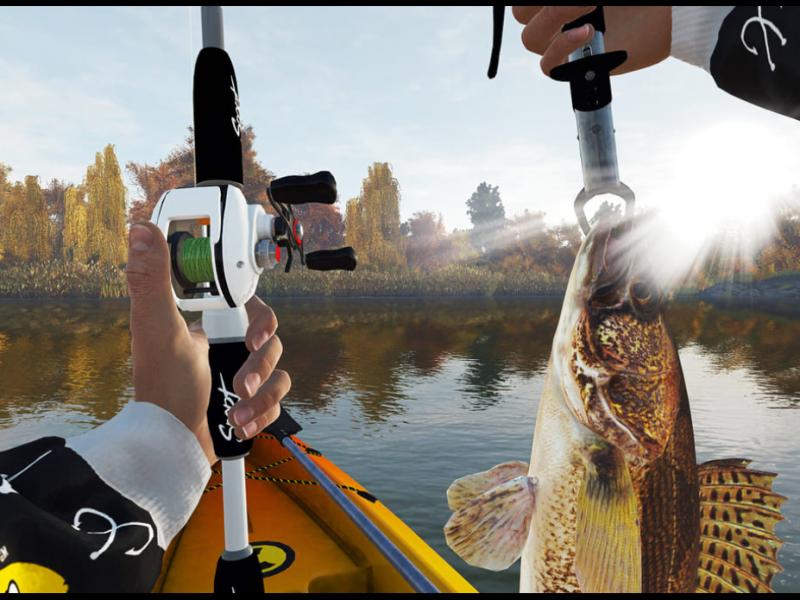 Fishermen will do anything to get through the dark days between fall and spring. We’ll read books and watch videos about fishing, we’ll organize lures and attend sportsman shows, and some of us even go ice fishing. But what about fishing video games?

When a company offered to send us a new fishing simulation to review, we agreed to give it a shot. As a late Gen-Xer who thinks that gaming peaked with the SEGA Genesis and NHL94, I knew enough to outsource this task to the millenials in the office, including one who was quick to let me know that he was born in ’94…

So, on a Friday afternoon, we hooked Nick Cornu’s PS4 up to the office flat screen, passed around some beers, and got to work.

The consensus? The Fisherman – Fishing Planet is an incredible fishing simulation, about as real as it gets when it comes to the details of fishing. In fact, the one negative comment I heard was that at times it’s too realistic – yes, there are snags, break-offs and skunkings on this Fishing Planet. It’s also complex: you can float-fish, soak bait, cast lures, and troll; you can fish from shore, kayak, and boat; and you can travel the world to catch location-specific species. Reading the water matters, choosing where you fish matters, and even small details like the length of your leader, and the speed at which you troll, all matter. Just like fishing, there’s an almost infinite number of combinations of variables – some that you control and some the you don’t – that affect whether or not you catch fish. And just like fishing, some of us were better at it than others. While nobody in the group would say it was as fun as the real thing, they all admitted that it was addictive while at the same time made them more excited to actually go fishing. Let’s hope it has the same effect on non-fishing kids who get introduced to the sport through playing “The Fisherman-Fishing Planet.”

Most of the options require the accrual of virtual currency to unlock, so the more you play, and the more fish you catch, the more options you have to travel to different bodies of water and fish with different gear and lures. Much like real-life fishing, you start out float fishing with worms, catching crappie and sunfish. To get a better idea than we could have shown of the full capability of the game, check out this review by YouTube gamer DRAE:

The Fisherman – Fishing Planet is available for Steam, Xbox One, and PS4 for $39.99.