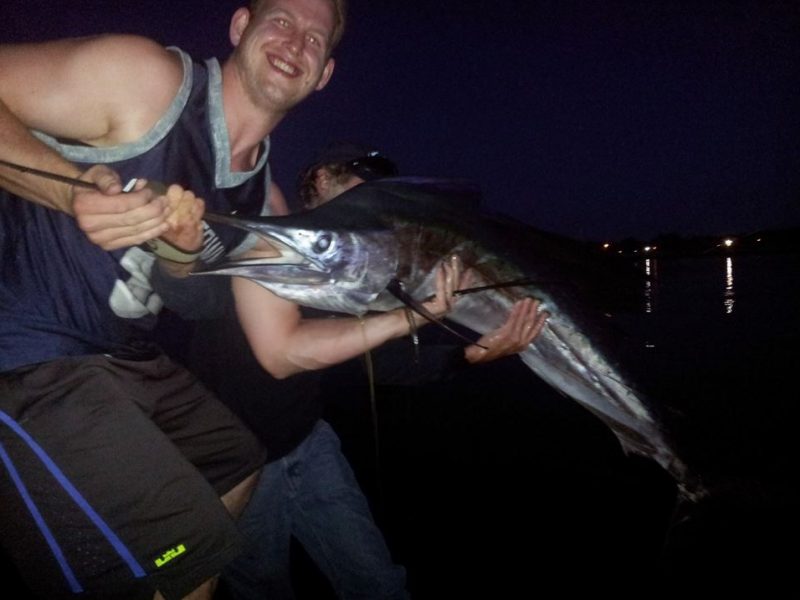 Thanks to Cape Cod Tackle and Adam Edgell for the video. Original 8-minute video can be found below.

According to Mike at M & D’s in Wareham, a billfish of some kind was caught in the Cape Cod Canal Tuesday night at Murderer’s Row. At approximately 7:30AM Wednesday morning Cape Cod Tackle Facebook page posted, “I just watched a video on a customers cell phone of a guy catching a Marlin in the canal last night. I ‘m not kidding I said a Marlin. Caught at the Murders row last night. I’ll post pictures later when he sends them to me.”

“They thought it was a shark at first, so they cast back out and hooked up. It was hanging around in between the pilings, which is even more strange,” Mike told us when we called him later that morning.

At about 7pm Wednesday night, Mike also added to his Facebook page:

“I should also point out they tried to revive the fish but it did not survive. The fish ended up having the braid wrapped around his tail cutting deep into the front of the tail area. fish was caught on a custom rod/Shimano Baitrunner reel 50 lb braid and a Storm Blue Herring swim bait lure. anglers name withheld for now.”

Whether this fish was a white marlin, sailfish or some kind of other billfish was widely debated over the last 24 hours. White marlin have been caught recently in areas just a few miles south of Martha’s Vineyard, but the visible dorsal fin on the back half of the fish shown in the first two photos released Wednesday morning suggested that it could have been a sailfish.

At 9:30AM Thursday, Mike sent us two more photos, the first of which shows the sail being held up, putting the debate to rest.

As more information comes in, we’ll keep you updated.

Editor’s Note: Although we do not know the details of whether this particular fish was retained, we have received several inquires regarding the legality of retaining a sailfish caught from shore in Massachusetts. Probably because such an event is so unlikely, the rules are not explicit and we will not attempt to interpret them. According to the Massachusetts Division of Marine Fisheries website, federal (NOAA) rules apply for billfish, and according to the NOAA website (hmspermits.noaa.gov), “Vessel owners/operators who recreationally fish for or retain … billfish in Atlantic Federal waters… must obtain an HMS Angling category permit … Vessels fishing exclusively in state waters are required to obtain the HMS Angling permit if they wish to keep their regulated tunas … Vessel owners/operators should check their state regulations regarding the retention of … billfish in state waters.”  The NOAA HMS site explicitly addresses fishing for Atlantic tuna without a vessel, but does not include billfish in stating that “only permitted vessels may fish for Atlantic bluefin, bigeye, albacore, yellowfin, and skipjack tunas in the Atlantic, Gulf of Mexico, and the Caribbean. If one of these species is caught incidentally during fishing activities from shore or from an oil rig, it must be released immediately.” 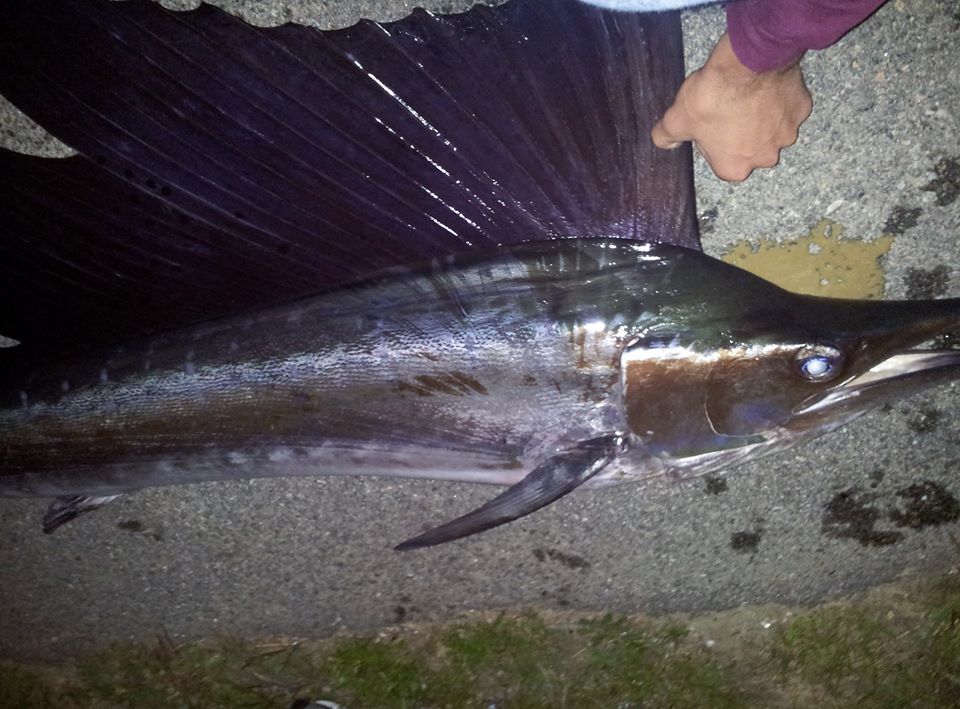 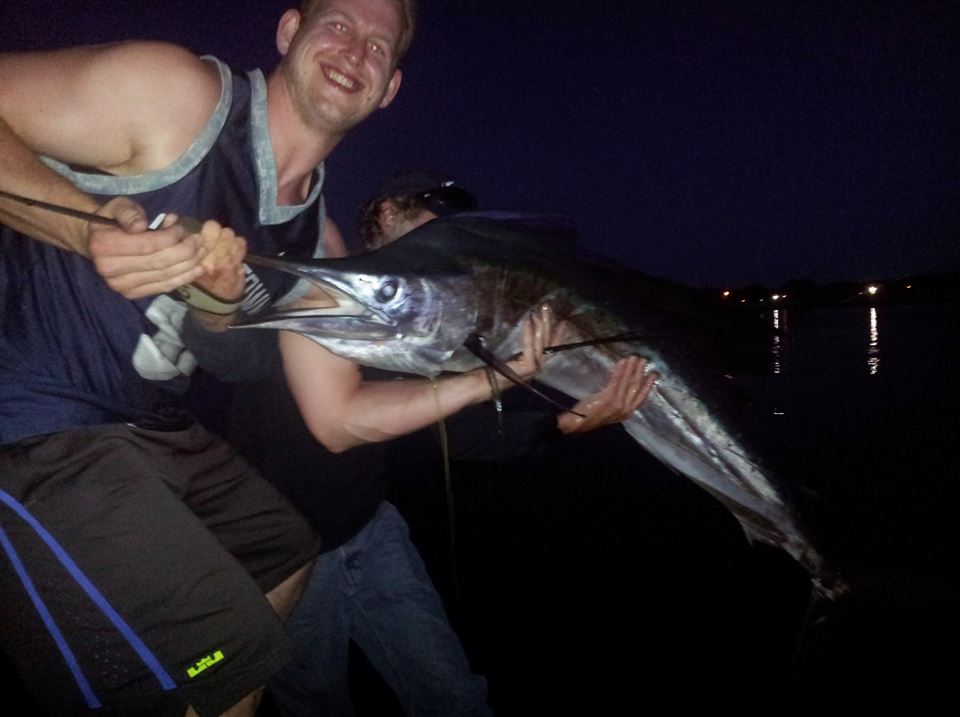 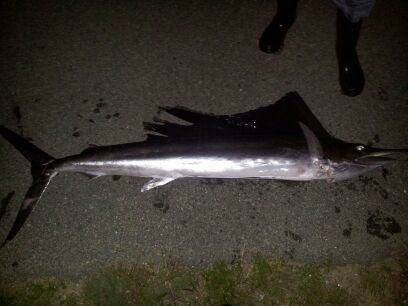 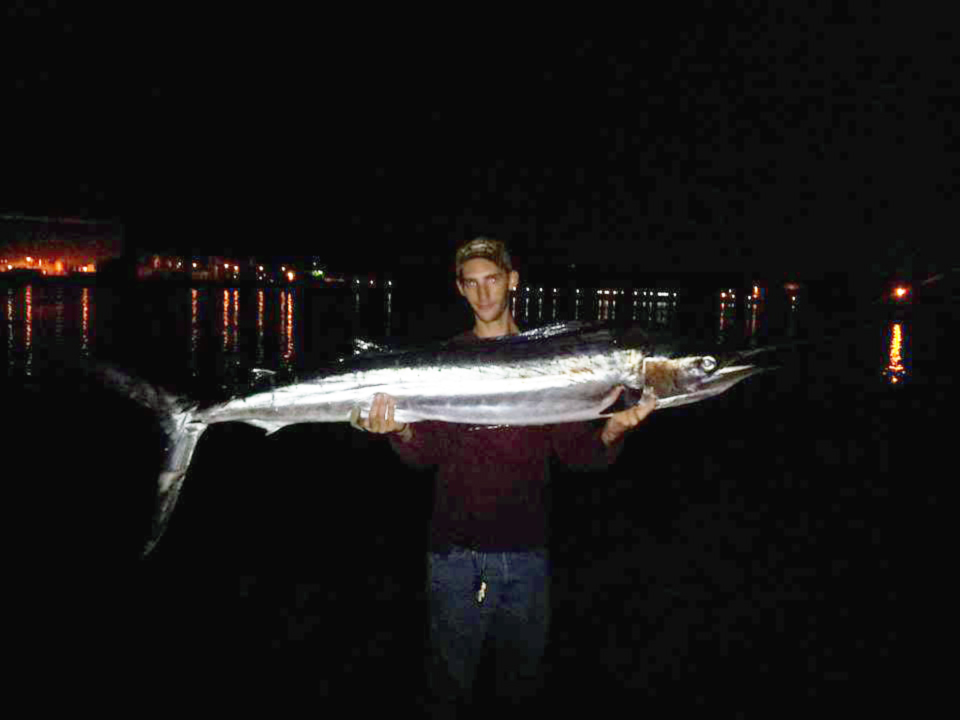 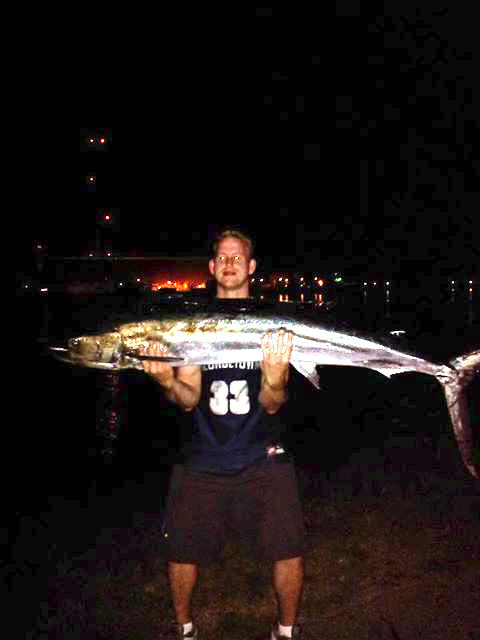