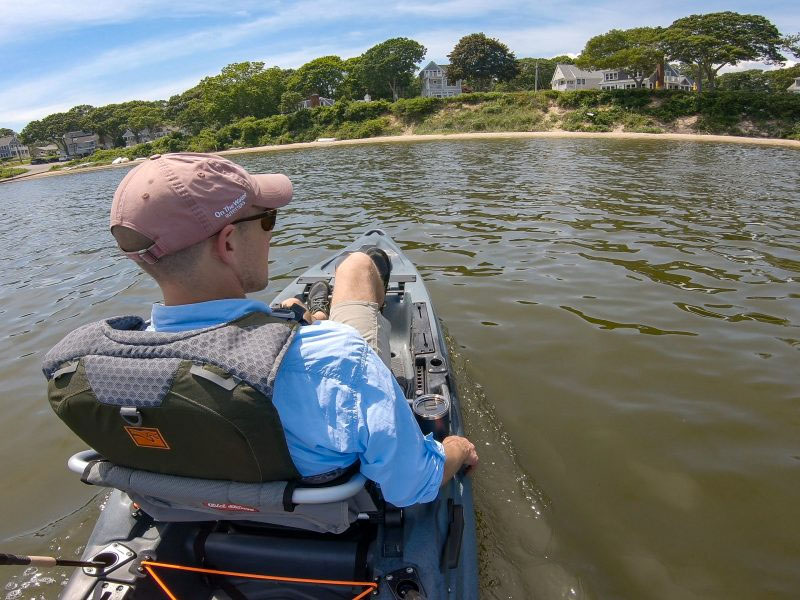 An hour before sunset, I launched in a local Cape Cod harbor and pedaled along a quiet stretch of shallow water that had been holding stripers for most of June. I slowed down as I came up on the edge of the flat and suddenly, 6 feet in front of the bow of the kayak, a bathtub-sized swirl appeared as a big fish spooked. I immediately pedaled in reverse to stop my forward momentum before I spooked any more fish.

Pulse quickening, I rose to my feet, grabbed my rod from the holder on my right and pitched a soft-plastic bait out in the direction where I assumed the spooked fish might have headed. I was watching my bait through polarized glasses as a big striper, at least 36 inches long, appeared behind it and, with one quick beat of its tail…turned and disappeared.

I guess it could have started off a little better.

For the next hour, I pedaled along the edge of the flat, standing and sight-casting to big striped bass that cruised just under the surface and showed little interest in anything and everything I threw at them. I have no idea what I could have clipped on that might have convinced them to strike, but I’ve been thinking it over all day, along with thinking about going back tonight. 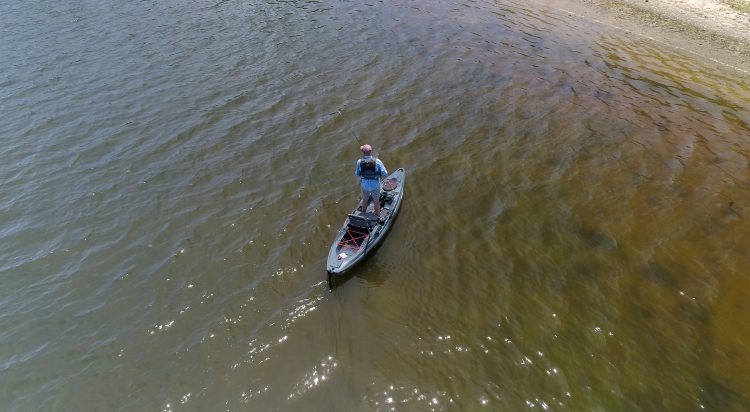 It’s been 6 years since the Old Town debuted the Predator 13 and established the reputation of the Predator kayak line: fishing-first platforms built for stability and loaded with storage and space for customization.

It’s been 3 years since the Predator PDL joined the lineup with a pedal-drive system that sets up instantly and goes from forward to reverse as quickly as you reverse your pedaling motion.  I’ve fished the Predator PDL a bunch of times over the past few years and what has always struck me is how efficiently the pedal drive can move the Predator hull or hold it in current. Thanks to shared technology with trolling-motor-experts Minn-Kota (Old Town and Minn-Kota share a parent company) the PDL Drive is durable, easy to operate, and provides impressive thrust in both forward and reverse.

For kayak fishermen in the Northeast who plan to fish inshore waters for striped bass, bluefish, albies, fluke, and sea bass, the Predator PDL is the top choice in the Old Town kayak lineup. It can handle ocean waves and cover distances with plenty of speed, despite being large enough for stand-up stability. Plus, the PDL Drive allows for hands-free fishing, which is really the only way to go if you are serious about saltwater kayak fishing. The 13’2″ length and 36″ width of the Predator PDL offers the best stability for comfortable stand-up fishing I’m aware of in a kayak that can still be solo car-topped.

On July 1, 2109, Old Town announced the release of a new Predator PDL with several significant upgrades. Here’s a quick run through: 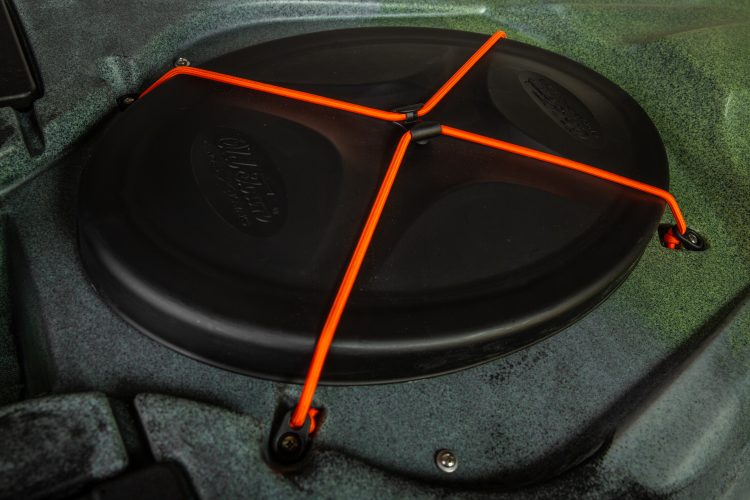 The first upgrade is at the bow hatch, which has the easier-to-open quick seal hatch that debuted on Old Town’s Topwater model. It’s a nice improvement from the previous twist-lock system and makes it easy to open and access the roomy storage hatch in an instant. 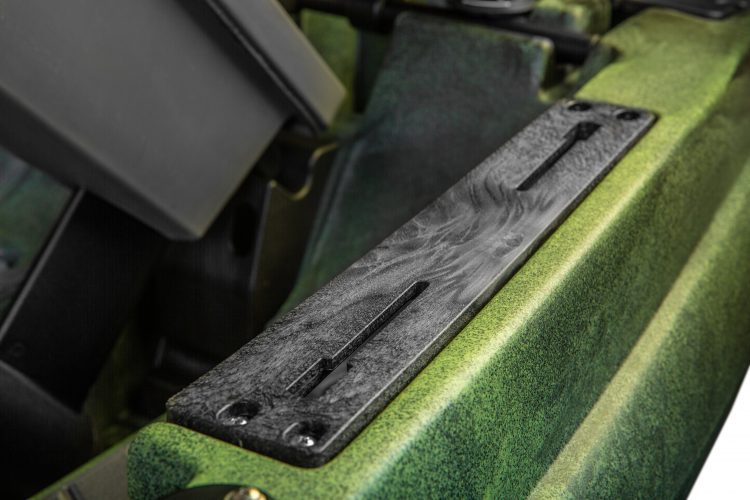 Kayak fishermen who like to accessorize (and who doesn’t?) will appreciate the improved accessory plates, which now have built-in tracks for easy mounting and customizing. 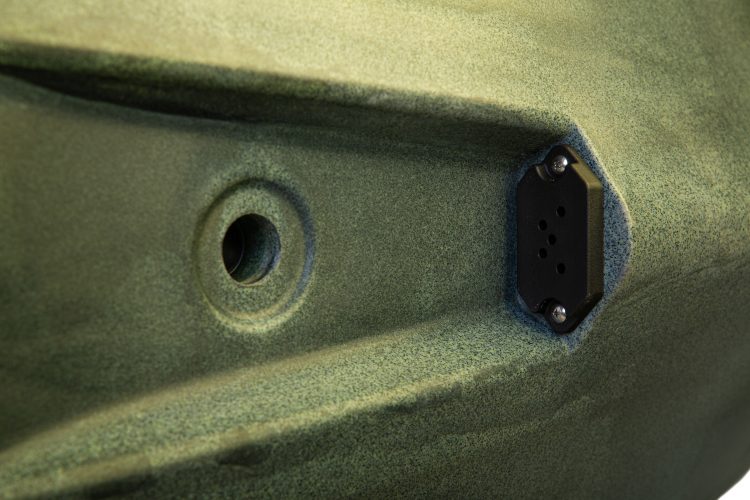 An internal battery case and a built-in transducer scupper make it easy to mount your favorite fishfinder. 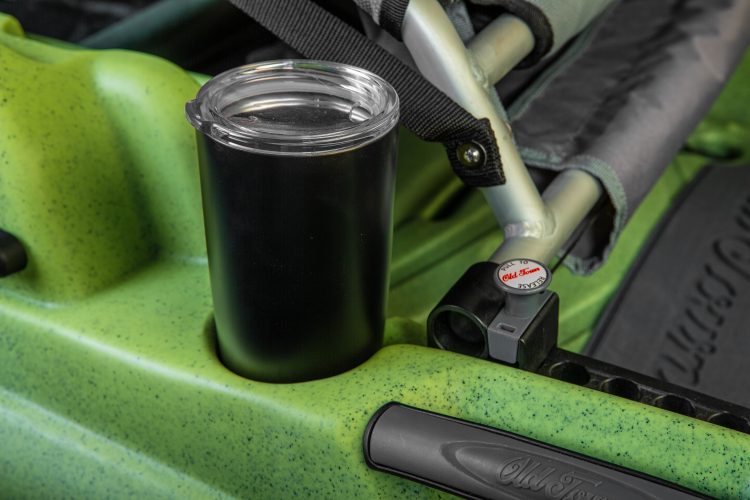 A deeper cup holder does a much better job holding the super-popular YETI Ramblers and similar tumblers, both the 20-ounce and the 32-ounce. 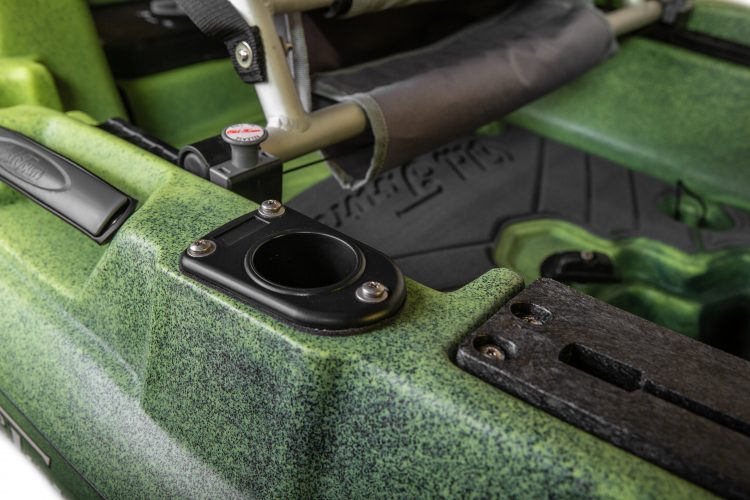 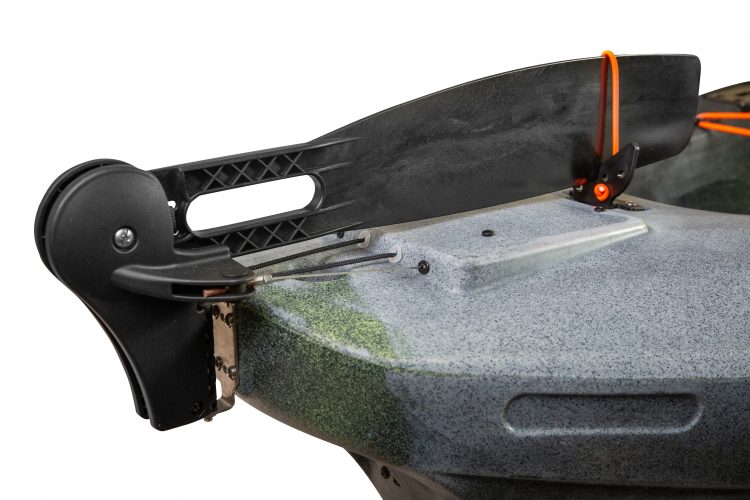 An updated composite rudder is lighter, easier to control, and won’t bend under stress. I believe this is the same updated rudder that was introduced with the Topwater PDL, and I found it did a great job steering the kayak at speed with minimal resistance at the control handle. 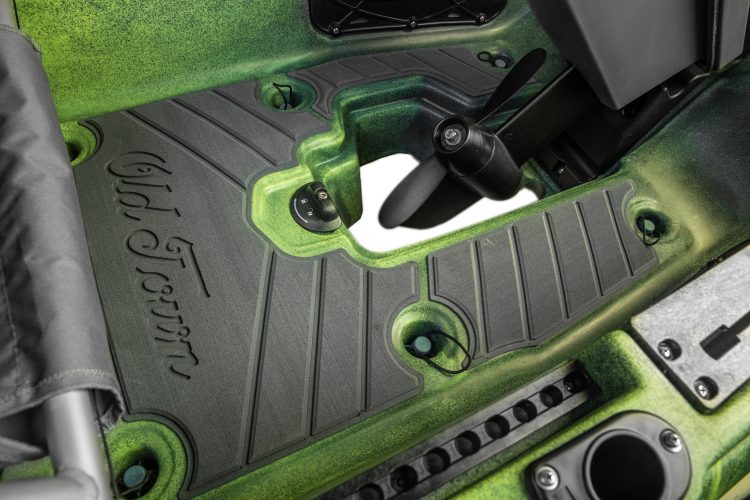 One of the most exciting upgrades to the new Predator PDL is the price, which has been lowered from $2799 to $2499. You can buy direct from the Old Town website, or visit a local kayak dealer for a test ride. 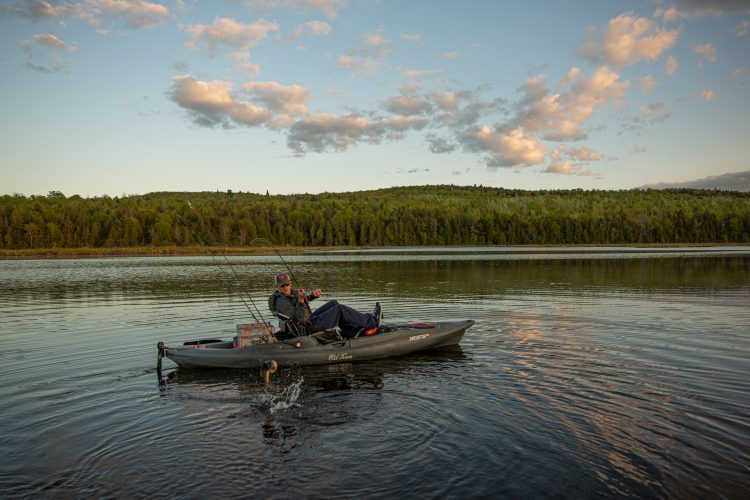