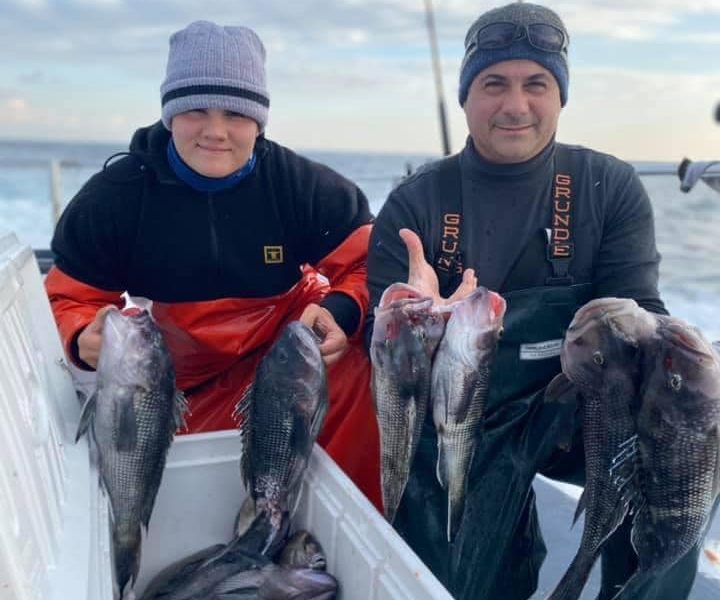 With many novice anglers working the rails of party boats each season, the captains and crews field a lot of questions. Here’s some important information to know before you jump aboard.

What’s the best spot on the boat?

Go on a trip with a lot of regulars, and you’re bound to see anglers beelining for certain spots on the boat. Some of it is superstition, leading anglers back to a lucky spot where they once won the pool, but according to the captains, the productive parts of the boat vary depending on the type of trip.

“The experienced fishermen flock to the ends,” said Greg Dubrule, captain of the Blackhawk II. One of the obvious advantages of the ends versus the middle is that you have fewer lines around you and, presumably, a lesser risk of tangling. But, there is an edge when bait-fishing.

“If you’re bait fishing at anchor, the lines often run to the stern, making the back of the boat best,” said Captain Hank Leonard of the Golden Eagle. This is especially true on trips with chumming involved, such as bluefishing and canyon trips.

“The guys in the stern get them first,” said Dubrule, talking about how fish follow a chum slick to the anchored boat.

“It also allows fishermen to feed their lines back into the chum slick,” said Captain Matt Sosnowski of the Norma K III.

When drifting for fluke, Sosnowski thinks the sides of the boat, up to the bow, are best.

On boats with a pulpit, that location becomes the most coveted spot, said Dubrule, because fishermen can fish both sides of the boat and switch back and forth depending on the drift.

The super-thin diameter of braided line has many advantages, but staying out of tangles isn’t one of them. On party boats, tangles happen as a matter of course, so when braid first became popular, many captains banned it from their vessels.

But, as Dubrule put it, “Braided line catches better.” Today, braided line is welcome on most boats, with a few exceptions. For instance, on the Norma K III, fishermen are encouraged to use braid on fluke and bottom-fishing trips, but bluefish trips are monofilament only.

Hooked bluefish run around the boat, tangling up lines, said Sosnowski, and dealing with a braided line tangle with a frantic bluefish at the end is dangerous for the deckhands.

Even on braided-line-friendly trips, Lucas, a deckhand aboard the Seven B’s V, says fishermen are wise to use a topshot of monofilament between 20 and 50 feet in length depending on the depth and target species. Most tangles will happen close to the rig and the monofilament is far easier to untangle, making life easier on the mates and allowing you to get back to fishing more quickly.

How much do I tip the mate?

As I heard one captain say over the intercom in the final moments of an overnight offshore trip, “At a restaurant, you tip your waiter who spends 45 minutes to an hour with you, and our crew has been with you for a lot longer than that … and working a lot harder.”

That’s not to suggest that waiting tables is easy work, but you don’t count on your average waitstaff untangling rats’ nests and unhooking spiny dogfish in between netting or gaffing your catch.

Still, none of the captains had an easy answer about tipping. Instead of giving a percentage of the fare, all said the tip should be dependent on the service. Some fishermen don’t tip at all, said Dubrule, but he’s also seen some pool-winning anglers hand over all of the money to the mates.

Fishermen who’ve had a good trip are definitely looser with their wallets, said Dubrule, but when the fishing is tough, that’s often when mates work the hardest.

Captain Russ Benn of the Seven B’s V said a tip of 15- to 20-percent of the fare is a safe bet, but you may want to tip a little extra for exceptional service—like some heroic net-work to nab a doormat that spit the hook.

What must-have items do fishermen forget?

“Clothes!” said Sosnowski, when discussing the most frequently forgotten item aboard Norma K III trips. “Whether it’s hot or cold, it’s always important to bring extra clothes. You can always take them off if you get hot.”

Foul-weather gear is another important item. Even without rain in the forecast, rough seas can make for a wet ride.

Dubrule said coolers are another important item that fishermen fail to bring. It’s important to him that the fish taken are well cared for and enjoyed, and he goes so far as to pass out recipe cards recommending how to prepare the catch. “A fisherman who takes home his catch and makes a nice meal is more likely to have his wife let him go out fishing again,” Dubrule joked.
Keeping a catch on ice will also improve the yield when the mates clean the fish at the end of the trip, Dubrule said.

Some boats provide ice or sell it, and others don’t, so it’s worth calling ahead to see whether or not you should grab some ice on the way to the dock.

Cash for the tip is another oft-forgotten item. “I was once tipped in Gatorade,” said John, deckhand of the Seven B’s V, “but I guess it was better than getting totally stiffed.”

What do you recommend for seasick anglers?

“When it came to seasickness, my father, Captain Lenny Sr., had a favorite saying,” said Leonard, “‘The only sure cure for seasickness is a walk in the woods.’” Here are some other ideas to keep you off the rail when it gets rough:

The acupressure-inspired Sea-Band has a plastic bead that presses against a pressure point located on the palm side of the wrist that is said to reduce nausea. It is available without a prescription and has no side effects.

Antihistamines can be effective in curbing motion sickness. Dimenhydrinate (known as Dramamine), meclizine (known as Bonine) and diphenhydramine (known as Benadryl) are available over the counter, but are known to cause drowsiness, dry mouth and other side effects. 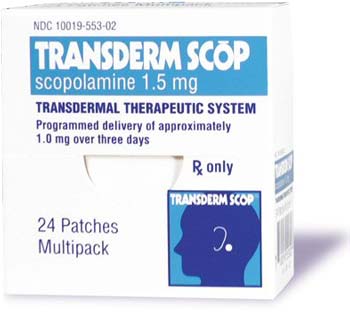 The Transderm Scop patch requires a prescription and works by blocking brain signals that cause queasiness. The patch is placed behind the ear, where it slowly releases medication through the skin into the blood stream. This slow release helps minimize side effects such as drowsiness.