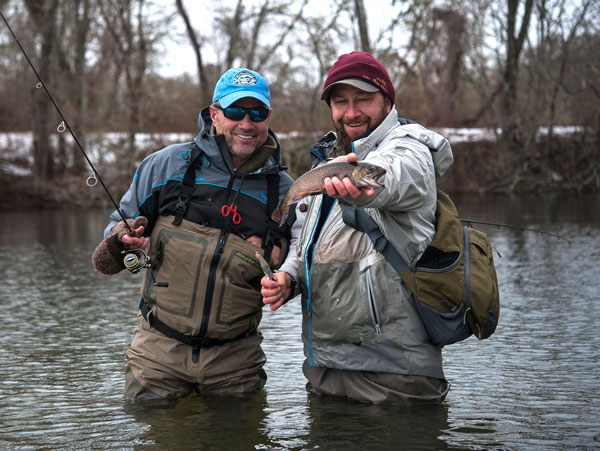 From Fire Island National Seashore to upstate New York parks, public lands allow New Yorkers to enjoy fishing and other outdoor activities. Spending time outdoors is not only a great way to boost physical and mental health, it is also an important boost to New York’s economy.

Studies show that anglers and other outdoorsmen are spending more time than ever before on the over 200,000 acres of federal lands located in New York. According to a National Park Service study, in 2021, nearly 12 million visitors spent time in New York’s national parks, resulting in over $600 million in economic benefit for the state. In 2019, New York’s outdoor recreation industry accounted for $29.3 billion of the state’s gross domestic product, and estimates indicate that there are 291,429 jobs in New York supporting outdoor recreation.

As a partner in Panther Martin Fishing Lures and Sea Eagle Boats, I know firsthand how important outdoor recreation is to the Long Island Economy. From charter captains to boat dealers to distribution and marketing, Long Island outdoor businesses are a vital part of our economy.

Earlier this year, new legislation was introduced in the U.S. Senate dedicated to improving access and outdoor recreation opportunities on federal lands across the country. With the Congressional calendar winding down, the legislation needs a boost to get over the finish line.

Unanimously approved by the U.S. Senate Committee on Energy and Natural Resources, this bipartisan bill deserves a full Senate vote before Congress adjourns at the end of the year. Senate Majority Leader Chuck Schumer has been an advocate of outdoor recreation legislation in the past, and I encourage him to continue that leadership by allowing America’s Outdoor Recreation Act to be placed on the Senate floor for a vote.

John Hoge is a Partner at Harrison Hoge Industries, the parent company of Sea Eagle and Panther Martin. He is located on Long Island.