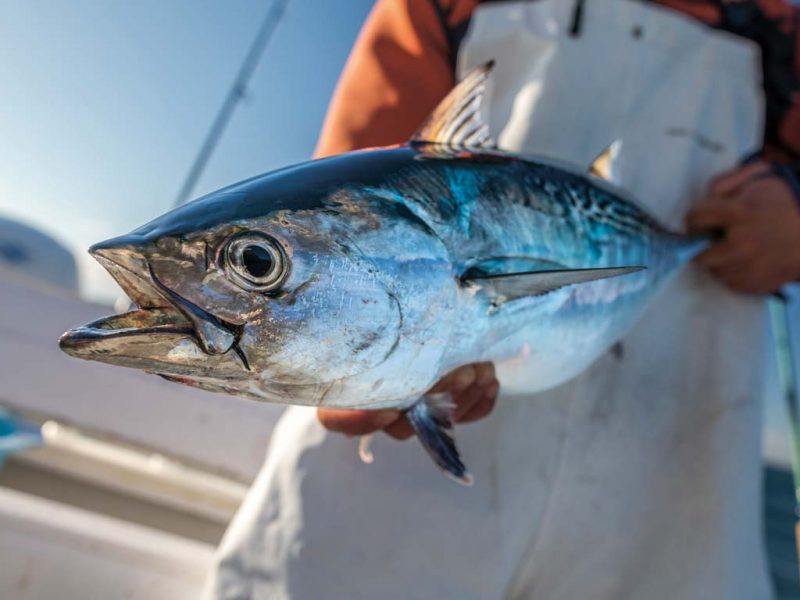 By Columbus Day, you can feel the window closing. The increasingly unstable weather, falling temperatures, and migrating baitfish will soon send the false albacore back to wherever it is they spend the 10 to 11 months when they aren’t zipping around the Northeast’s inshore waters.

The albie fishing season is the shortest in the Northeast. Here, we enjoy more than six months of stripers and blues, four months of fluke and blackfish, and year-round freshwater fishing. Even the tuna season lasts from June to October. Yet, we get only a few fleeting weeks of albies. Most years, they arrive by Labor Day and are a distant memory by Halloween.

By mid-October, whether you’ve caught one albie or one hundred during the season, you’ll have the same request: “Just one more.”

Long Island albie nut, Angelo Peluso, says to expect the unexpected when hitting the water late in the season. While it may seem like the albies have left, they might be feeding in places you’d never expect to find them.

Peluso had his first encounter with late-season albies nearly two decades ago in November. “I had launched my boat in an area that was fishing well for school- to teen-size striped bass. The fish were deep, and my intention was to jig for them. I began to motor into the bay from the launch ramp when I was distracted by a blitz that at first appeared to be bluefish. But to my pleasant surprise, those fish turned out to be albies that had pushed bait into the deepest recesses of that bay, a location where I had not found them at all that season. The albies were there only for a few days, but it was a welcome treat having access to them in that unexpected environment.” 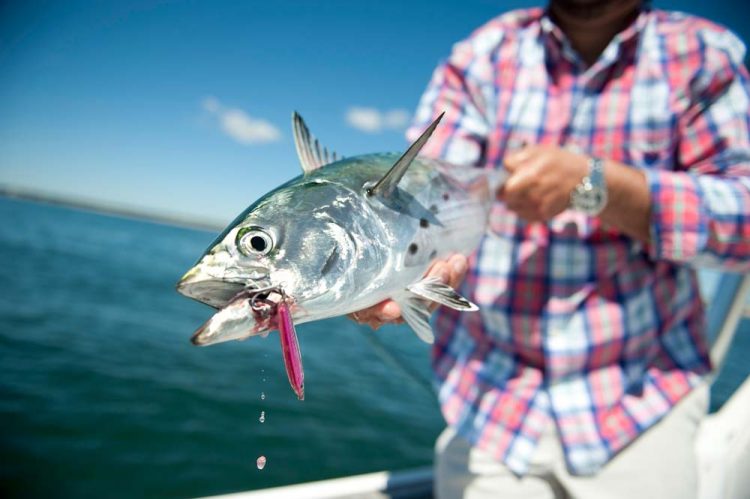 While albies can pop up in surprising places late in the run, Peluso stakes out the areas holding the biggest concentrations of baitfish when hoping to hook his last albie of the year. “I’ve often found that areas where late bait linger are magnetic for attracting hardtails,” Peluso explained. “Areas where tide, current and wind concentrate the late bait is where albies on the move make quick hits to bulk up.” These areas include outflows, salt ponds, and inlets.

Peluso says that some of his most enjoyable late-season albie fishing has taken place tight to the beach. “Migrating albies will engage in what I call ‘shoot and scoot’ feeding behaviors right in the zone where water meets land. I’ve had albies feeding feet away from my casting position on the sand. One year, this sort of action continued well into November.”

While the New York striper fishing might be ramping up as the albie run winds down, one major benefit of seeking out end-of-the-season albies is the fact that, after a couple months of feasting, the last ones to leave tend to be the biggest and fattest fish of the season. A false albacore that looked like a football on Labor Day will be nearly as round as a basketball by Halloween. And, while it hardly seems possible, that last fat albie of the season will make your drag sing louder and longer than your first … which is a good thing because it might be 11 months before you hear that sound again. 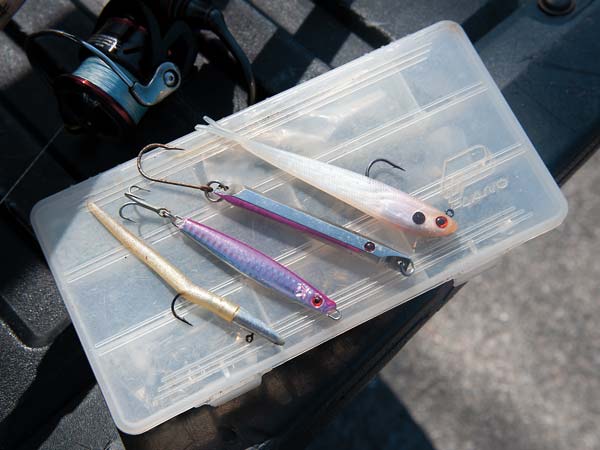 2017 was full of stories about fishermen heading out for tautog in late October and early November, and seeing schools of albies. Some of those fishermen were prepared with spinning rods and enjoyed a few bonus albies. Most, however, had only stiff conventional setups and green crabs.

Though shots at albacore dwindle late in the season, it’s wise to keep at least one light spinning rod, a spool of light leader, and a small handful of albie lures whether fishing from the boat, beach, or kayak. Here’s a small collection of late-season albie lures that won’t take up much space, and could help you catch that last albie adrenalin rush.

1. 4-inch RonZ
After the peanut bunker and bay anchovies leave, large spearing become the most abundant forage, and albies love feasting on these slender, silver-sided baitfish. You’ll be hard pressed to find a better match for a spearing than the silver 4-inch RonZ. Retrieve it with short, steady snaps of the rod tip to keep it in the top two feet of the water column.

2. 1-ounce Daddy Mac Albie/Bonito Jig
Earlier in the season, when skipping jigs across the surface was the preferred tactic, any number of slender casting jigs worked for albies. But, with most of the feeding taking place subsurface later in the season, a heavier jig that can be retrieved quickly without breaking the surface works better. The 1-ounce Daddy Mac Albie/Bonito Jig fits the bill perfectly, and it casts like a bullet to boot.

3. 1 ½-ounce A.O.K. Tackle T-Hex
Like the Daddy Mac, the T-Hex swims below the surface, even on a fast retrieve. Thanks to its compact profile, it casts long and looks just like the small baitfish albies love.

4. Tsunami Split Tail Minnow
With a profile that can match everything from small peanuts to big spearing, this soft plastic is a great presentation when trying to slow things down and target albies that aren’t showing on the surface.