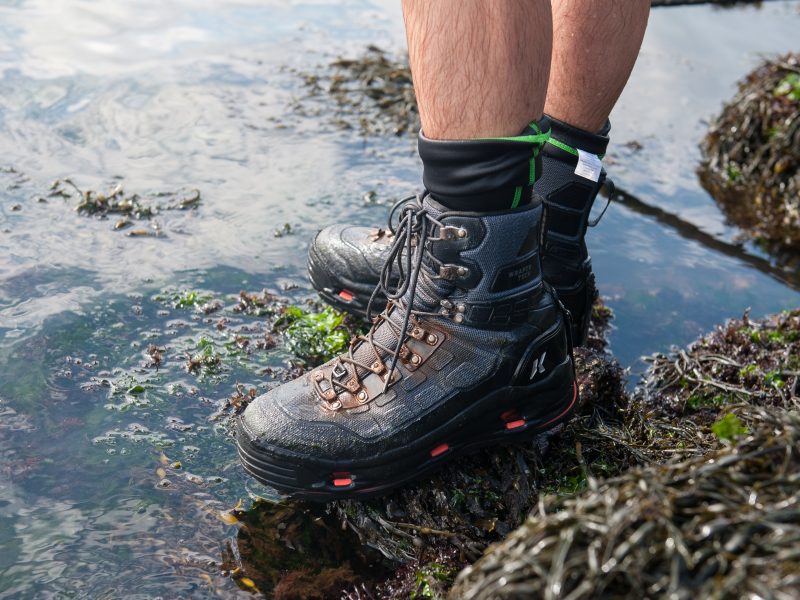 I walked many miles in my Korkers Wraptr Boots this season. I used them while wet-wading the Canal in the summertime, over waders in the fall, and while wading the rivers for late-fall steelhead. I have several pairs of wading boot with blown out stitches after just one season of climbing and crawling over rocks, but the lack of stiches on the Wraptr’s allowed them to show little signs of wear. The boots broke in nicely as I used them, and while a bit heavier than my previous pair, I was more than willing to trade that for improved durability. The boots come with interchangeable soles, and Korker’s new Triple Threat Soles that allow fishermen to customize their tread. I went with a combination of Aluminum Hex Discs and Carbide Spikes. I first used aluminum soles a few years back and found that they were super sticky on bare rock, but couldn’t cut through vegetation like carbide spikes. The combination of the two worked as I’d hoped.

In terms of the tech, the Wraptr Boot is made from a single piece of hydrophobic, compression-molded flexible material, eliminating stitching, which dramatically improves the boot’s durability. Water flows through internal channels and then out midsole ports, removing excess water and weight.