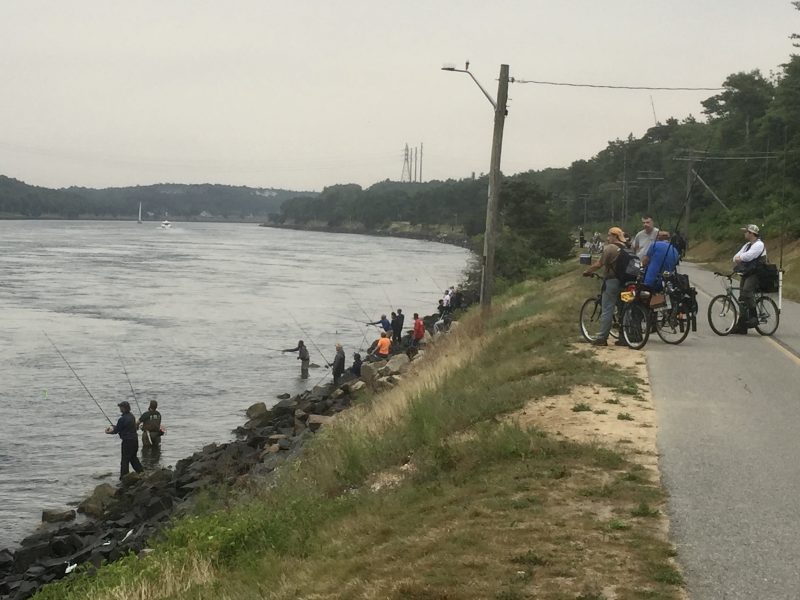 Clean water is imperative to how we all live our lives and why many of us choose to live on Buzzards Bay. The Upper Bay Project will reduce nitrogen pollution in upper Buzzards Bay, helping to protect and improve the quality of the coastal environment that we cherish.

About the Upper Bay Project

The development of this project has taken place over at least the past five years. It has involved a deepening partnership with municipal officials in Bourne, Marion, Plymouth, and Wareham, leadership at the Massachusetts Maritime Academy, as well as environmental studies by scientists and feasibility assessments by engineering firms. The U.S. Environmental Protection Agency (EPA) has invested nearly $1 million in grants for the development of the project in recognition of its significant pollution reduction potential. The goal is to create an effective and cost-effective way for the towns of upper Buzzards Bay to reduce nitrogen pollution to the Bay through coordination and cooperation.

The details of the proposed project will be shared and discussed in the near future in each of the participating towns. This website offers a short overview of the effort—background on the dangers of nitrogen pollution, the benefits of developing a long-term solution to our shared wastewater treatment challenges, and how and why it came into being. Most important, you will find links to the scientific studies and assessments that have been conducted and helped to shape the effort.

The Impact of Nitrogen Pollution

Poorly treated wastewater brings high levels of nitrogen into our water ways. Nitrogen causes algae to grow, which then blocks out light that ocean plants need to live. We may notice this as the water being increasingly murky with foul odors. When those plants die, the bacteria that eats them also consumes the oxygen. The fish and shellfish either leave because they need oxygen, or they die without it.

Brown, murky waters also shade eelgrass from needed sunlight. Eelgrass beds provide essential habitat for young fish and shellfish. This cycle is known as eutrophication. Nitrogen pollution in our shallow harbors and coves is already doing damage and disruption to the habitats. These shallow places serve as nursery beds for the fish. Further, we know from scientific studies that climate change exacerbates the problem by warming waters and lengthening growing seasons for the algae. Eelgrass and bay scallops are gone from many parts of Buzzards Bay because of nitrogen pollution. The Upper Bay Project envisions a feasible and cost-effective coordinated alternative that would eliminate an estimated 90,000 lbs of nitrogen per year (or the equivalent of waste from approximately 10,000 homes) from the waters in upper Buzzards Bay.

Read more about the project on the Buzzards Bay Coalition website.